I recently acquired 2 homemade saws, likely early 20th century, with features I can't quite place for function or aesthetic. Any ideas? 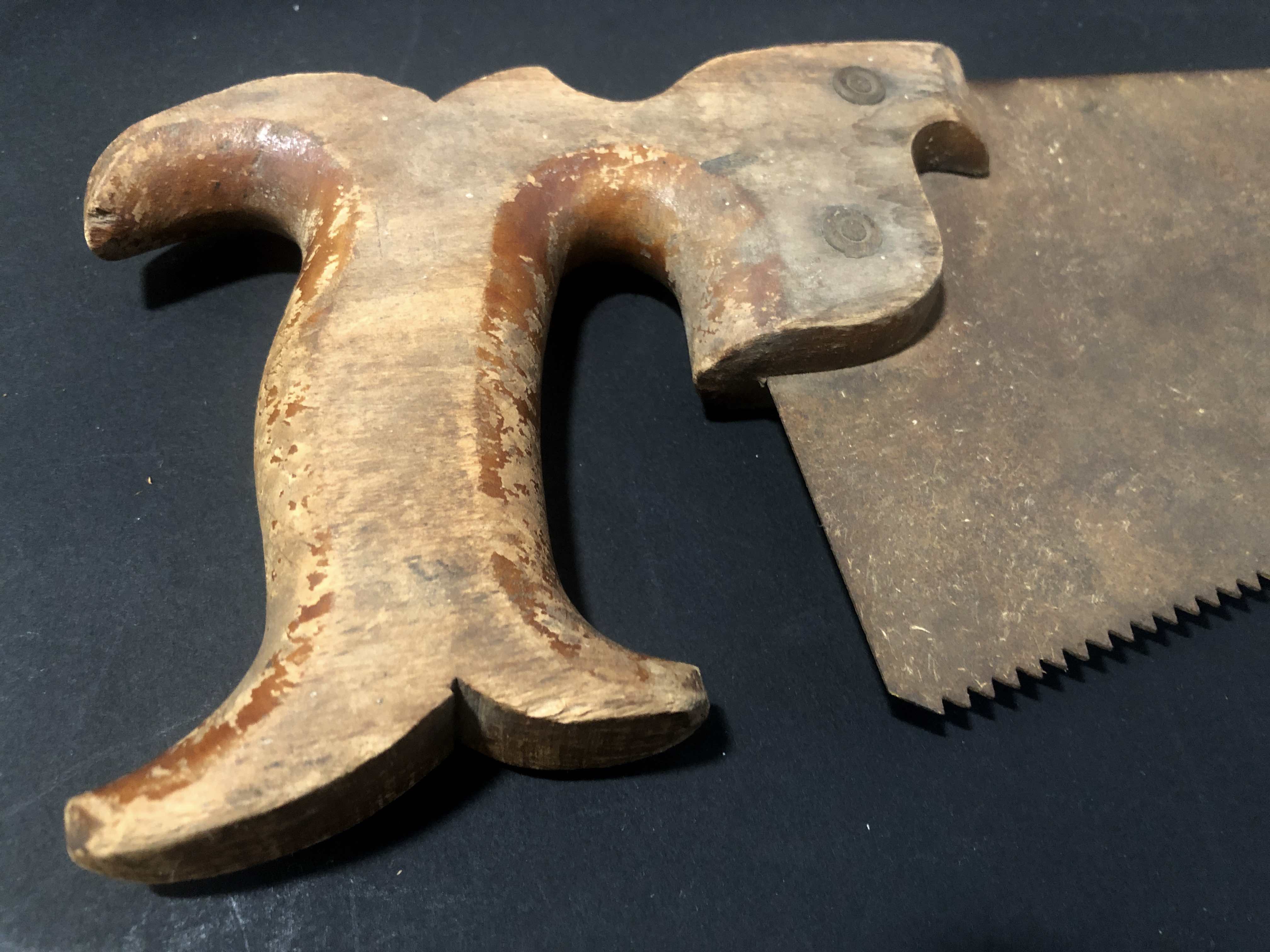 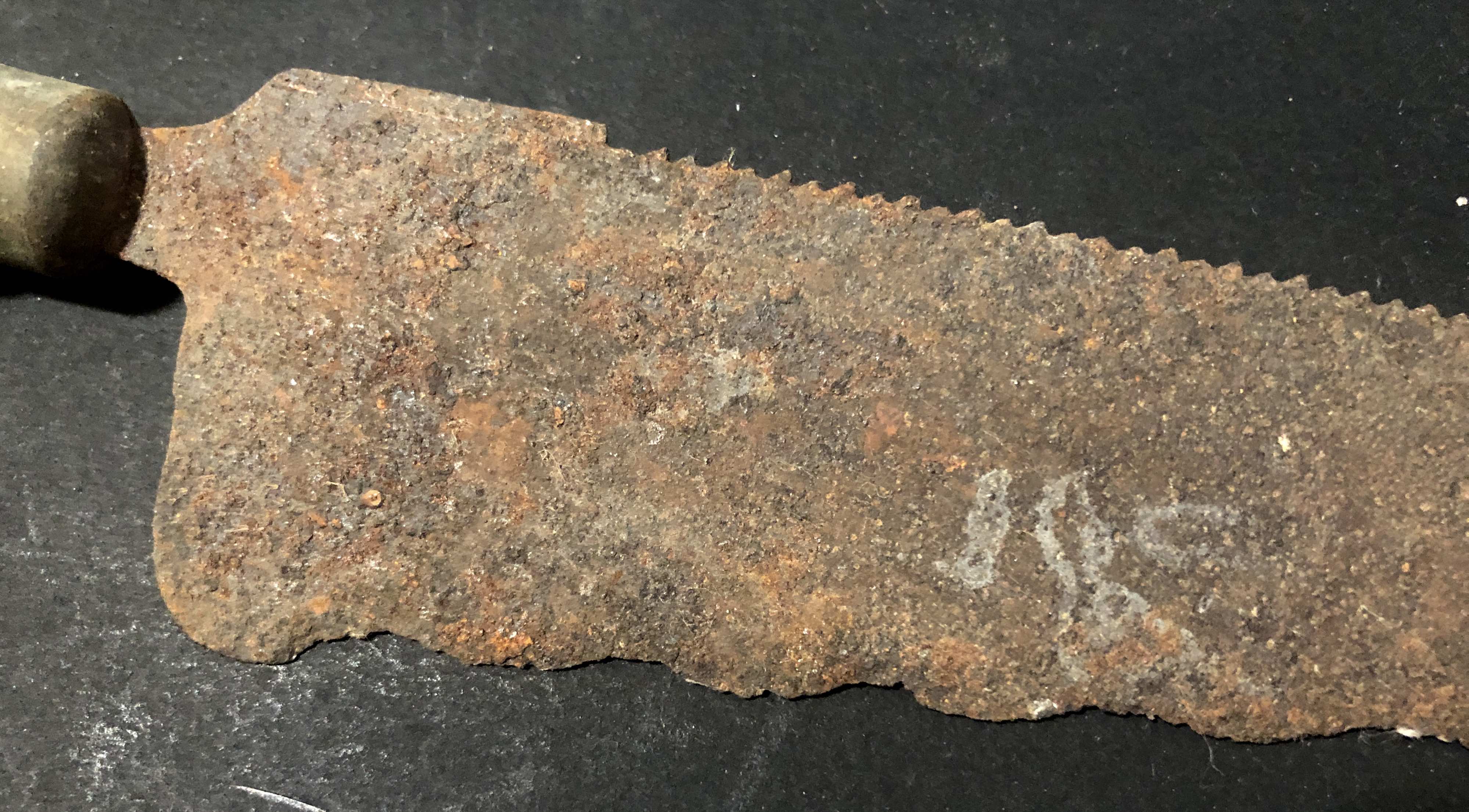 I don't know about the second one but the first is very likely a commercial saw, or at least the blade is from one. The feature you're asking about is the 'saw nib'.

For such an innocent looking feature the nib is actually quite the controversy in woodworking circles. People will argue long and hard about what it was for — yes, people will argue about anything it seems! — however the weight of evidence strongly supports that it is merely decorative, the last remaining purely decorative feature on the blades of saws at the end of a long tradition of decorative (even fanciful) shapes added here and there on saw blades, as well as handles.

The enigmatic nib on Wood Magazine.

Since it didn't have a practical use as far as we know, people delight in coming up with their own ^_^
2 Great Uses for a Saw’s ‘Nib’ on Popular Woodworking.
Questions Answered – Why Nibs on Old Handsaws from Paul Sellers.

The second saw, I've never seen anything like this in a carpentry/woodworking saw. Saws were a part of other trades — including surgery, horticultural work and butchery — and the style and features of saws not intended for wood are often strange looking to the eyes of a woodworker (just as non-kitchen knives can look odd to a cook or chef). That wavy top edge may at one point have been well known within its particular niche but now just a historical footnote.

As I look at the tool again I'm actual thinking, if it's not purely decorative, this may in fact be the primary edge of the tool. And just in general terms the saw edge does appear to be on the back of the blade.

Not the answer you're looking for? Browse other questions tagged hand-tools hand-saw or ask your own question.

42
When using a hand saw, how do I cut a straight line?
5
What kind of a hand saw guide is being used in this video?
6
What makes a hand saw great?
6
How can I resaw material using only hand tools?
3
Hand sawing cross or rip
4
Hand Saws for Timber Framing
5
Why does the blade of a sliding T-bevel have a point?
3
Best way to cut very soft 4mm (1/8") poplar plywood sheets with hand tools