I've bought an oak table to give it a second life as our dining table, our plan is to refinish it with (hardwax) oil.

It was quite stained and originally treated with some kind of oil. So my stripping process up until now has been:

Now I have a few stains left that I have no real idea on how to handle them.

Here is the current state of the table top for reference: 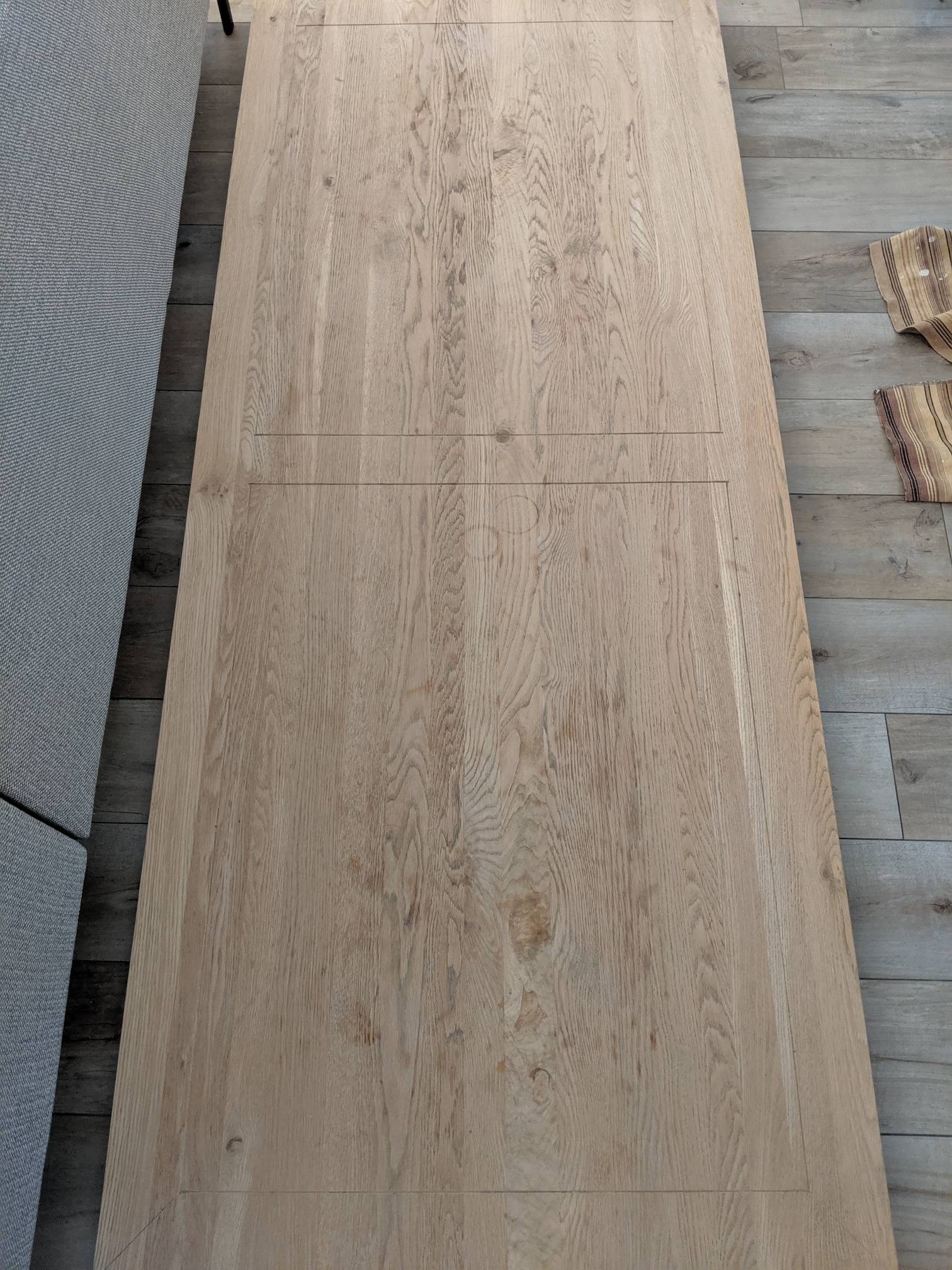 And the following two kinds of stains that I would appreciate some advice for: 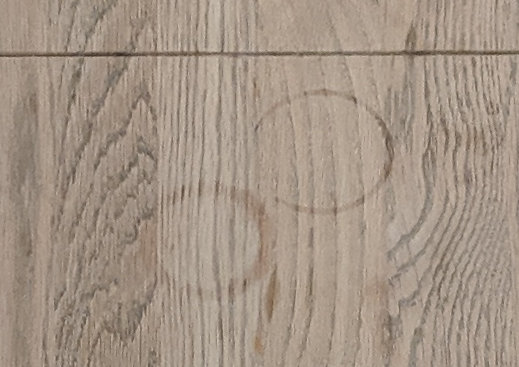 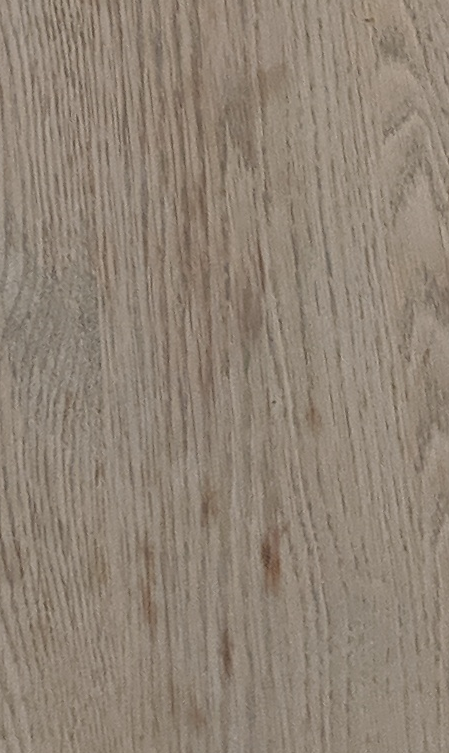 What I can find online is primarily for fixing these kinds of stains after they have just happened or when there is still some kind of finish on the wood. So what should be a sensible plan of attack here?

To start I want to repeat something I said in the Comments above. It's entirely possible that no matter what you try (short of planing the entire top down significantly or running it through a wide-belt sander!) that some trace of the stains may remain and it is wise to prepare yourself for this eventuality. Reclaimed wood and previously used furniture always comes with this chance.

It's a shame about the shallow recessed detail on this tabletop because it will limit how much wood you can remove. Despite this the first thing I think you should do is some sanding.

Sanding will remove a shallow layer from the surface, taking some staining along with it as well as helping in other ways. Even though it sounds very coarse start with P60 or P80 grit and work your way through the grits to P240 at least. You may want to go to P320 or P400 because you're planning on using a hardwax oil as your finish (not something I would recommend for a dining table by the way1). Be diligent about removing all the sanding scratches from the previous grit before moving on to the next grit!

You may be pleasantly surprised at how much this step helps, but it's best to expect that it won't completely remove the stains and they're require further treatment.

The rings I think will present the greatest difficulty, in part because they're fairly pronounced but also because their shape makes them stand out so clearly. If they are from red wine then scrubbing with a proprietary surface cleaner that contains chlorine bleach may be effective, if none are available where you are you may have to resort to scrubbing with a bleach solution using the rough side of a (new) household cleaning sponge. Unfortunately either may leave a small lighter spot on the wood, in which case you should treat the entire surface to even out the colour.

The stains you suspect are from oil, you could try an old trick first and that is to run a hot iron over them with brown paper in between the iron and the wood. This can sometimes liquefy the oil enough to leave obvious oil stains on the paper (which show up much more clearly on brown paper than on white paper) and will clearly identify them as oil or grease stains. Unfortunately old oil may not respond to this much as it has had a long time to oxidise and become a semi-solid, but sanding off the surface as a first step will have revealed oil deeper in the wood that may not be as fully oxidised.

If you want to proceed as though they were oil stains here is probably the best advice on how to deal with them on the Finishing Store's site, TIP: Removing Oil and Grease Stains. To briefly summarise, you treat the surface with pastes of acetone and fuller's earth2.

Finishing guru Bob Flexner warns elsewhere that with old stains it may not be possible to completely eradicate the mark, but yours aren't particularly dark (bad ones can be the colour of chocolate on oak) so I think you may get good results.

1 These vary greatly from product to product, and makers are not upfront about the ingredients, leaving us in the dark about what they actually contain (always a warning sign) and making it very difficult for consumers to do meaningful comparisons. And at least some manufacturer's claims about their durability are not to be trusted — genuine real-world testing by third parties has shown some of the market leaders to be very much less protective than advertised. So it's possible it won't be sufficiently hard wearing, heat, water and stain resistant, and will be relatively easily damaged by common household cleaners. So in short, unsuited to a dining table in regular use, particular in a household with kids.

2 Talc or other light powders (including starch) can be substituted if fuller's earth is not easy to find locally, although they may not be quite as absorbent.

I would try treating the rings with a proprietary ring remover, then lightly sand the surface, and apply a coat of oil. I think the oil stains will disappear.

You can get an idea of how the surface will look after finishing by wiping white spirit over it.

Not the answer you're looking for? Browse other questions tagged wood-repair refinishing or ask your own question.

8
Curved wood pealing away from table edge
8
How can I remove water damage from my improperly stored slab?
0
Tacky/ gummy Danish oil surface on stained, Tasmanian Oak
5
Is this a good approach to fixing damaged mdf holes along the edge?
6
Remove white paint from old wood fence
5
Refinishing teak patio table
0
Removing a chemical or food stain on oiled wood table
2
Restoring old oak chair but at a loss for something I've never seen