I have a project where I will be screwing some 11" strips of 3/8th flat steel (this one right here https://www.lowes.com/pd/Steelworks-4-ft-x-2-in-Hot-Rolled-Weldable-Steel-Slotted-Metal-Flat-Bar/3024806) into a 4x4, like so 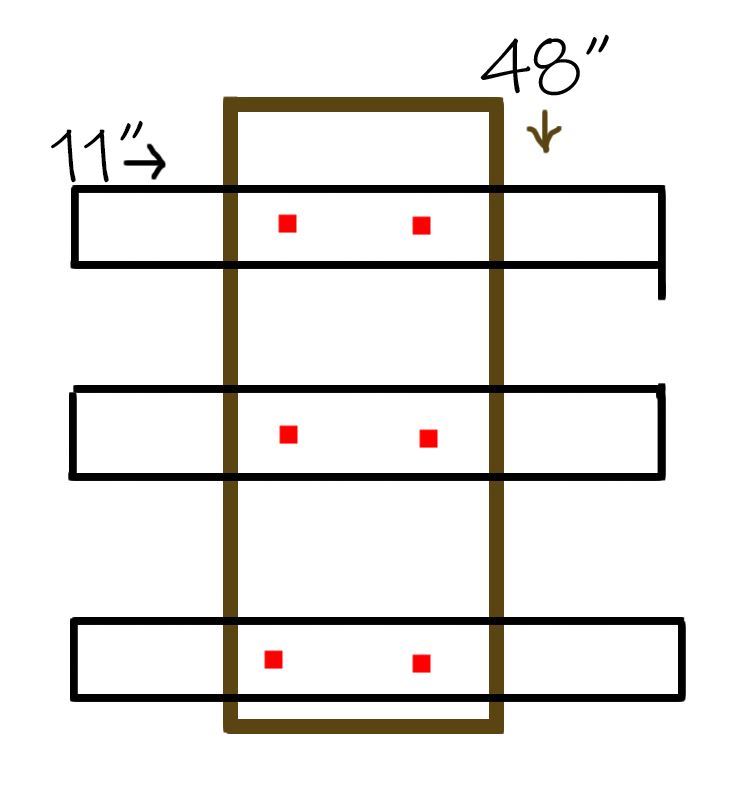 The Image is a top view (looking down on it, the 4x4 will be stretched out horizontally, the red is the screws location.). 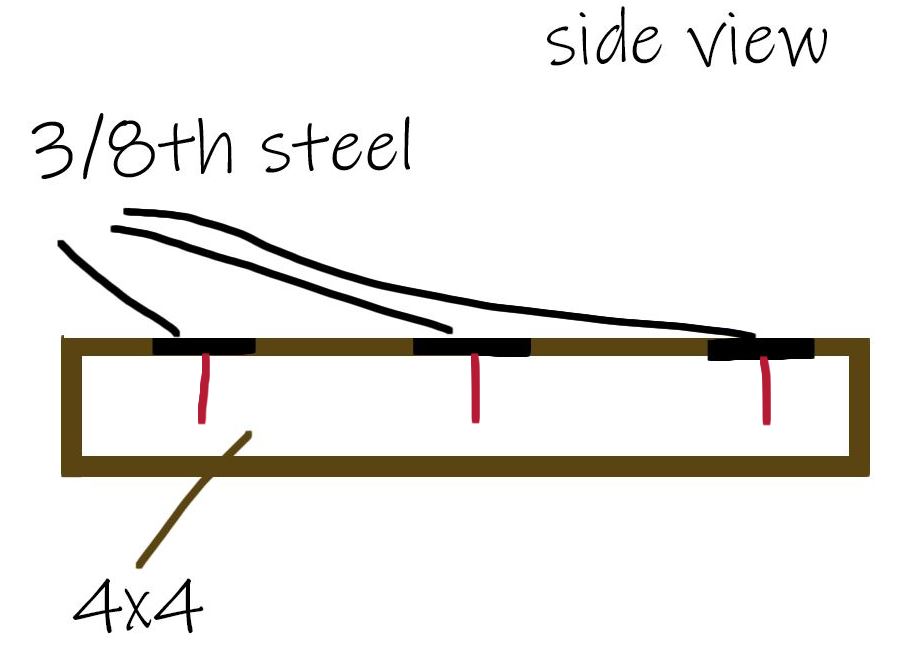 What kind of screws do I use? I would like them to lay flush against the steel flats too if possible. Heavy duty aswell that can handle strain of weight on top.

For instance this is essentially going to be acting like a bench. However it should be able to comfortably be able to hold 700lbs without the screws stripping out or breaking. 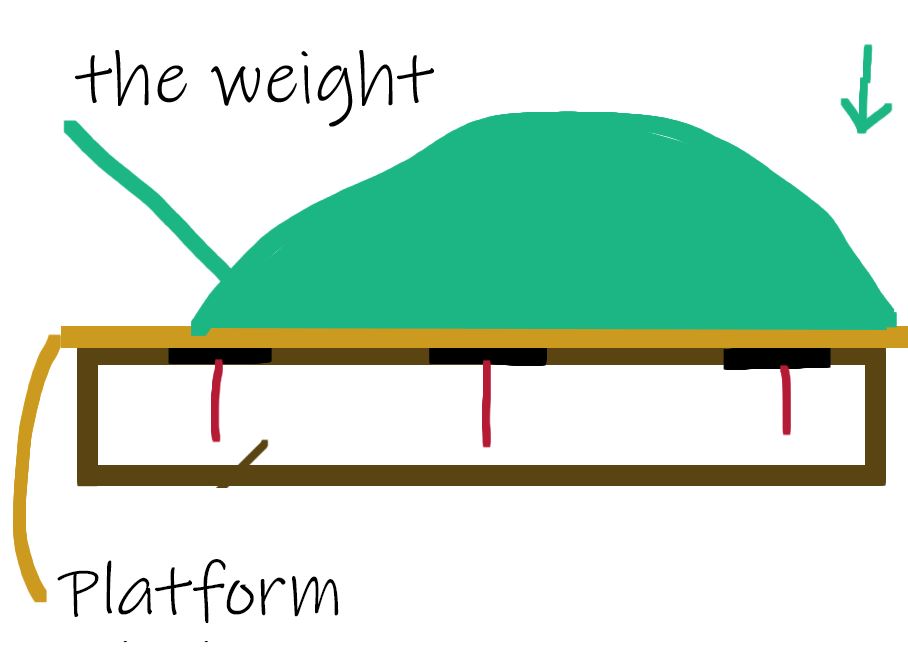 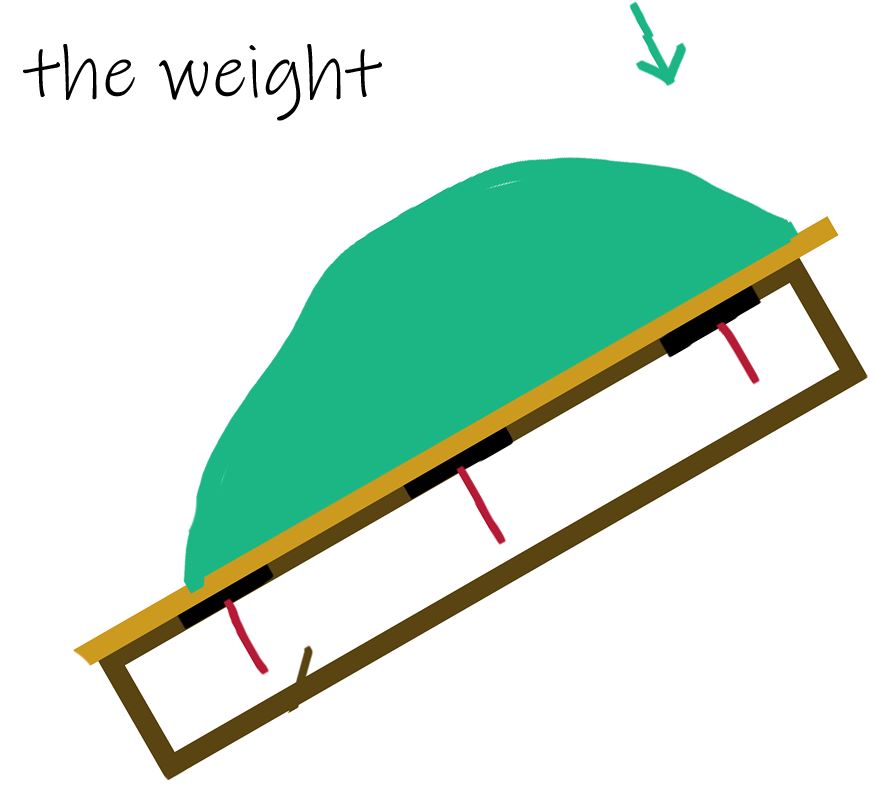 I would like them to lay flush against the steel flats

This will be the role of countersinks you make in the steel rather than determining what screw to use. Note however that if you decided to use coach screws (which are essentially a type of bolt) they can't be made flush because the head is too large and doesn't have a countersink.

What kind of screws do I use?

I'm not sure if you were hoping for a specific recommendation (screw X made by company Y) here or general guidance but apart from the first being off-topic for SE I don't think you need to overthink this as individual screws are very strong against shear forces, and their resistance to withdrawal even from softwoods can be nearly unbelievably high*. Paired or combined in higher numbers (see below) they distribute the force applied so each one is required to do less work anyway.

All you really need is general guidance which can be neatly summarised by: don't use skinny, short screws. Which you probably wouldn't have done anyway :-)

Use beefier screws, with coarser threads, that are as long as the job can allow and you should easily exceed the strength you need here. Do remember that the screws should go into pre-drilled pilot holes in the 4x4s.

As I read your diagrams it appears the steel strips will be inset into the surface of the 4x4s, if this is the case it will add hugely to the robustness of what you're building.

If in doubt, use more screws
I presume there's nothing forcing you to use only two screws per steel strip, by adding only one extra you reduce the load on each screw by a noticeable amount.

If still in doubt, use glue as well
There are a handful of adhesives you could use here, including some of the newer construction/marine adhesives (urethanes & silicones) and epoxy.

It may not be the strongest option any more but epoxy allows for easier reversibility than some other choices should you ever want to take this apart and epoxies are available everywhere. Some installation tips follow.

Heavily abrade the steel and if you're not insetting the steel into the wood as I surmised above freshly sand the surface of the 4x4 where the two overlap. Apply your epoxy generously, screw the steel into place, wipe up your squeeze-out and then just leave the thing to rest undisturbed for the glue to cure.

*Just a half-inch screw can take 100 pounds or more to tear free from softwood! For a 1" screw this about doubles, but with a 2" screw it can go up by a factor of five or six. Source: The Holding Power of Wood Screws, Bureau of Standards, 1926.

5
What is this type of screw from a piece of flat-pack furniture called?
9
Are there specific types of screws I should use for woodworking?
8
What size pilot hole should I drill for for a specific size of screw?
3
What are aluminum wood screws that break easily used for?
3
What length screw should I use for a computer desk
3
Drop-in threaded hole for screw?
1
What screw is best with treated lumber?
0
What diameter pilot hole do I drill to place a 1/2" lag screw?