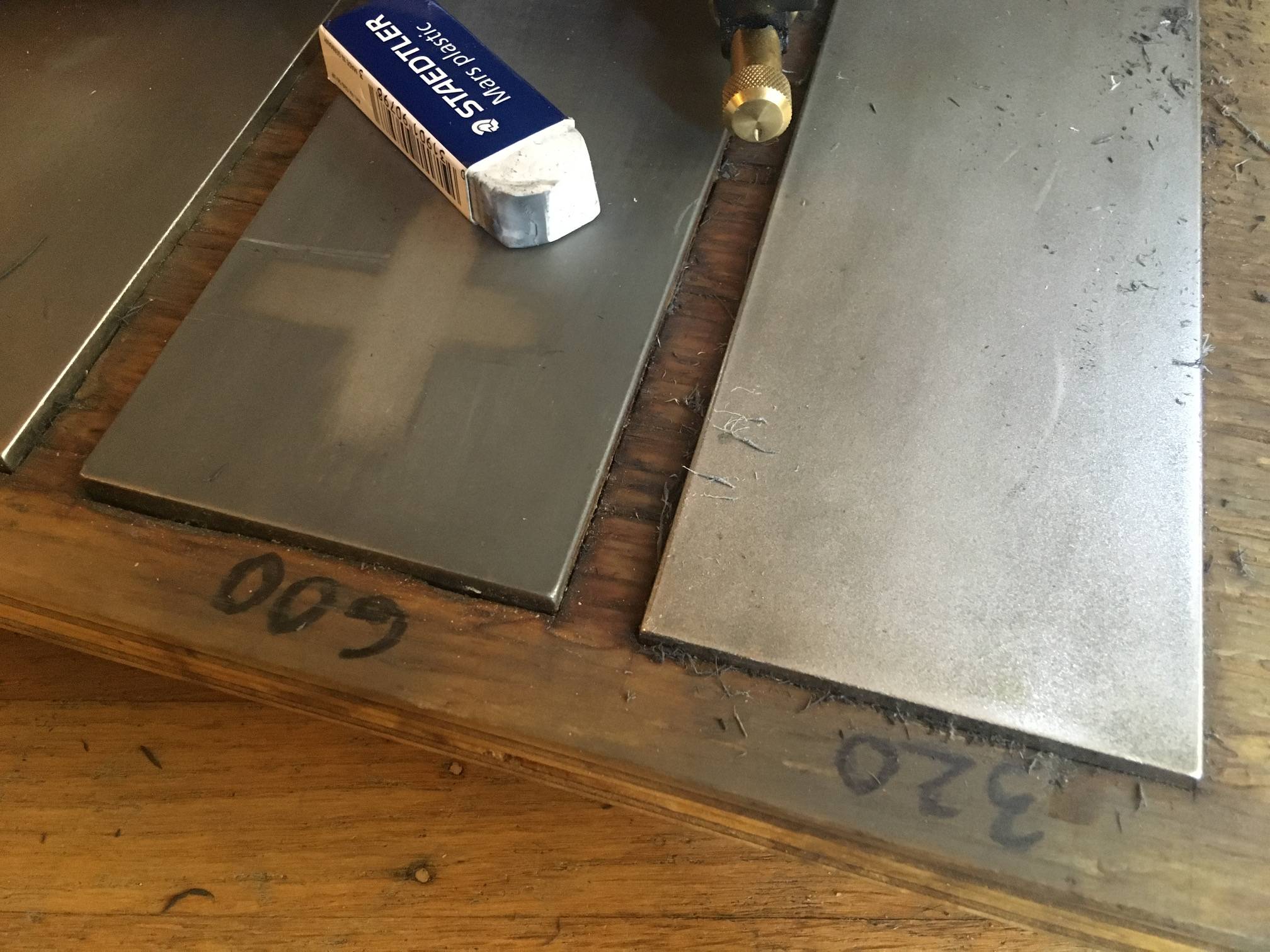 22
How do I sharpen a chisel/plane blade?
10
Sharpening grits -- naming and selection
6
How do I sharpen curved tools like gouges?
7
How can I identify sharpening stones?
2
How can I properly sharpen my knives with power tools?
1
Lansky System, Help!
5
Does anyone use diamond files to touch up/sharpen circular saw blades?
2
Is my "extra fine" diamond sharpening stone coarser than it should be, or am I crazy?
3
Can all whetstones be cleaned?