How Much Weight Can a 1inch x 11inch Dowel Hold/Support?

I plan to join 3 4x4s and use the middle one as a swivel, the middle one will be under load and the 2 outside 4x4s will be static. I am wondering how much the 1 inch dowel can support.

The duty cycle will be light at best (5-10 rotations daily) and does not have to last for years. Ideally, this should be simple enough that have no issue replacing it every year, and it will be outside under a shaded area. It might get slightly wet from time to time.

I attached an image to better explain. The green line is the dowel, the red object is the middle beam, and the blue objects are the static posts. 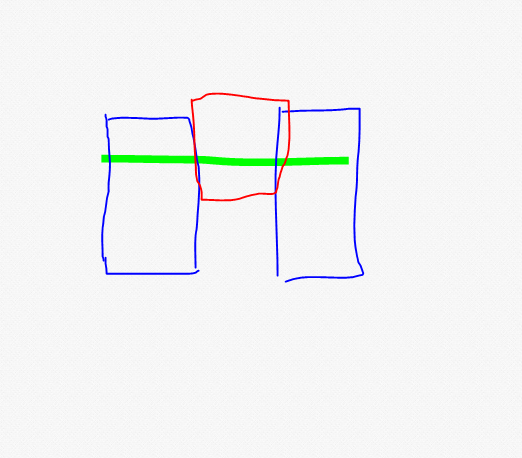 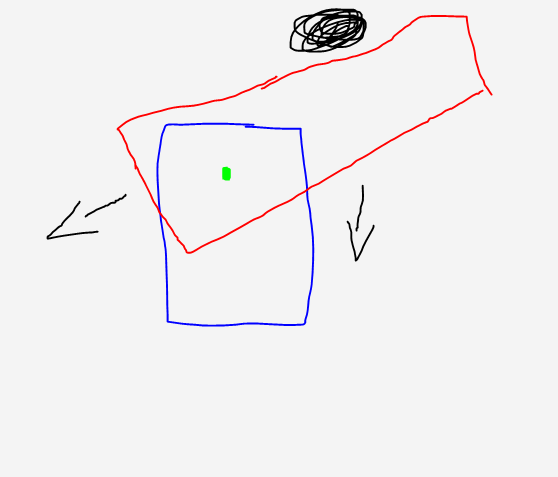 There isn't one answer to this, not least because HD sell it as "hardwood" so even the species isn't known. But even if the species were known (and it never changed1) wood can always be different from the textbook numbers because it's a natural material and it varies. Even pieces from the same tree can vary a lot or a little.

On top of that the flow of grain down the length of the dowel is critical to its strength2.

As if that weren't enough how well the dowel fits your drilled holes in the side 2x4s will have some effect on strength with many glues3.

So how much weight can this hold?
The only way to know for sure is to find out empirically — try it and see.

If this is for something important I'd make a sacrificial test piece, being just as careful with its construction as with the final one. Then test it to destruction by adding more and more weight until it fails. Then you have your answer.

1 Which I would expect not to be the case, not across the entire country with all the various hardwood species that are locally abundant and cheap. For all we know it could be oak one place, maple another and something else elsewhere.

2 The more longitudinal the better. On the dowel pictured, see the chevrons facing the camera? Those are grain lines and they indicate the flow of grain in that particular piece is at an angle, something called grain runout. You want there to be minimal (less than in the picture) or no runout in the piece you select to maximise strength.

3 Commercial dowels are notorious for only nominally being the size they're sold as and you can fully expect these to be no different. Dowels can also shrink differentially, ending up with a slight oval cross-section. Plus, even assuming your drill bit is exactly to size that doesn't guarantee each hole you drill with it will be a uniform 1" diameter.

Per the following testing of dowels of various diameters in double shear at Purdue. https://www.agriculture.purdue.edu/fnr/faculty/eckelman/pdf/fpj57(5)60-64.pdf.

The smallest dowel tested was a 1.5" softwood dowel. Your 1" dowel would be approximately 1/3 the strength of the 1.5" dowels. Their weakest dowel had a safe load of 3,200# with an ultimate failure load of 5,000 - 6,000#. Therefore your safe load will probably be more than 1,000# and almost twice that before it would actually fail. They also point out that any failure will be gradual, not sudden, with lots of noises to let you know you have a problem.

Note: I am only giving you the capacity of the dowel. I did not look at the strength of the 4x4 posts. But off the top of my head I think they should be ample.

In what direction is the load? Depending on what the blue and red pieces are made of, and the grain direction in them, and the direction of the load, I would not be surprised if they failed first.

The more precisely the dowel fits in the hole, the stronger the result will be.

I would be surprised if a 1" dowel in reasonable tight holes couldn't hold a couple of hundred kilos. I wouldn't want to support a couple of tons. How big a load do you have in mind?

Not the answer you're looking for? Browse other questions tagged wood wood-selection wood-repair strength dowel or ask your own question.

8
What do I need to do to prepare wood for gluing?
5
Where should the trademark be placed on a baseball bat?
3
How many 6mm dowels to support a shelf of a given weight?

7
How can I make a dowel with a table saw?
12
Is there a reference for how much weight a dowel rod can support before breaking?
5
How can I flute my own dowel or create dowel with similar properties
5
How can I inwardly round off the end of a dowel?
1
Guess How much Weight the table can hold
3
How many dowels is enough to support this joint?
0
Trying to determine support weight
3
How many 6mm dowels to support a shelf of a given weight?