I'm looking to make a wooden table that has collapsible legs. My current idea is just to have the leg basically fold into itself but I'm unsure how sturdy this would be. This also means that the legs are folding in two places: The joint where the leg meets the table, and again at some point in the leg.

Is this a feasible design? Is there something that would be sturdier while still maintaining collapsibility for storage? What sort of hinge would work for this build?

Edit: Should have mentioned this from the start, but the length and width of the table are both shorter than the height which is why I cant have a simple/solid height sized folding leg.

My current idea is just to have the leg basically fold into itself but I'm unsure how sturdy this would be.

You can get around the obvious strength concern of a leg that folds in the centre by using bracing, but I think there are better ways to go about this as covered by the links below.

In addition to using fewer hinges there are a few existing designs that don't rely on them at all — instead of folding, the legs/leg assemblies slot into the underside of the top. This has the advantage of not having to fit hinges, but the disadvantage that the table isn't a single unit which stays connected (with the possibility of losing one or more legs somewhere down the line).

The first thing I thought of when I read the Question title was folding or collapsible workbenches since I collected many of these early on as I searched for my ideal workbench design. And the first of those that came to mind was the Apartment Workbench: 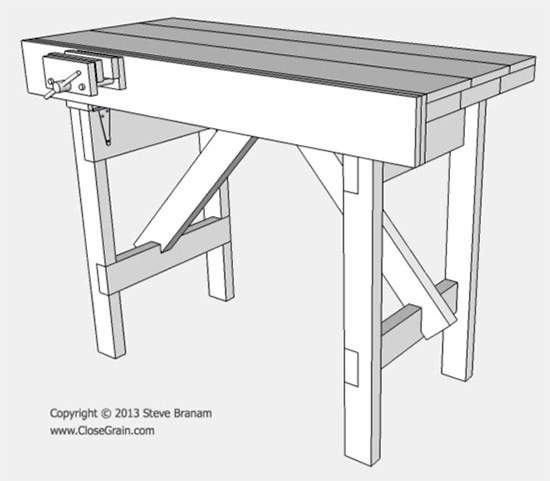 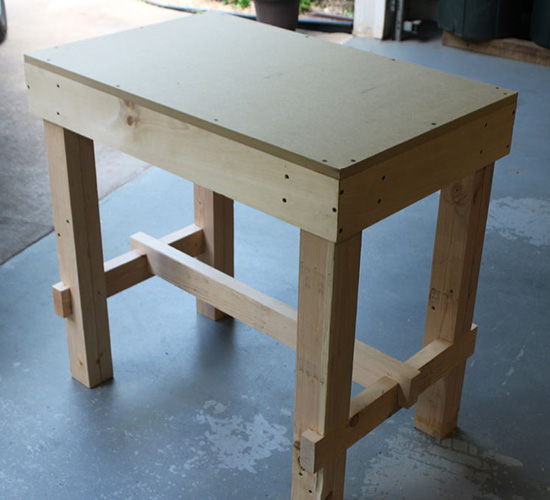 The above may not look like much but the design is a paragon of simplicity, and I think this lends itself to most easily being adaptable to variations in materials and proportion.

In case you want to prioritise ruggedness and aesthetics matter less I'm also including this heavy-duty work table on the Popular Woodworking site: 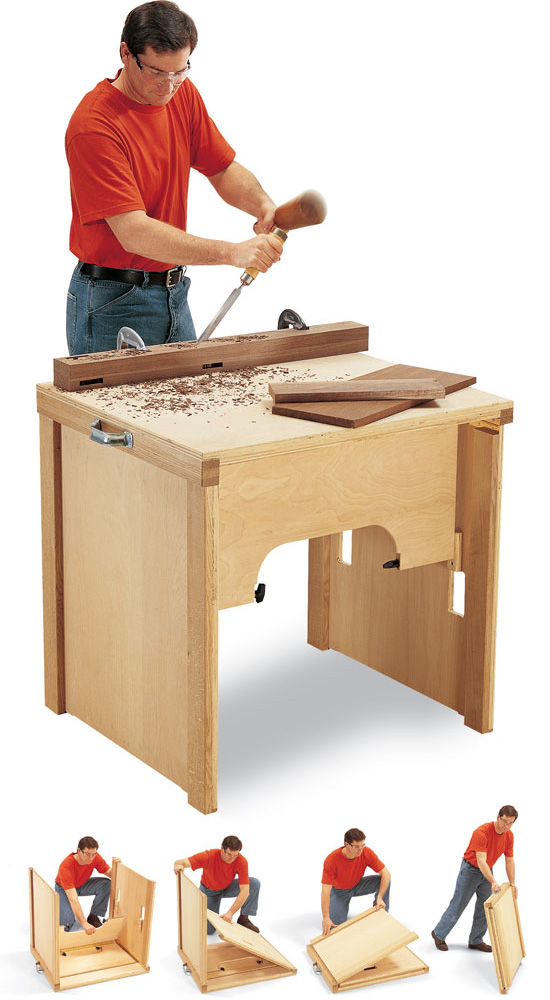 There are a few other fold-up benches made from ply or OSB that are broadly similar to Tom Caspar's above including this one posted by Woodsmith on their YouTube channel only 10 days ago.

Not the answer you're looking for? Browse other questions tagged furniture design table-making hinges or ask your own question.

5
Folding table issue
2
Hinge that extends flap/door so that it is in line with the wood it is mounted to?
1
Hinge pin problem in installation
5
What supports do legs need on a very short workbench
2
Design: Creating a table with removable center/top
1
Wood legs, steel frame and glasstop design
3
How to accurately drill into end grain of a 20 inch table leg
0
Estimate leg width for router table