How to cut a parallel groove on three dimensional profile

I'm trying to build a replacement for a coffee table drawer that went missing years ago. I remember the drawer front matched the profile of the skirt on the table, so I was able to make a template from the other side and reasonably match it with a band saw and belt sander.

However, I am stuck on how to cut the groove that is parallel to the curved edge. I'm not sure how I would go about cutting that groove since it has to follow a 3 dimensional contour. If it was straight it would seem like maybe a job for a router plane with a fence, but the only ones I have seen wouldn't work well on a curve like this.

What tool or technique do I need to cut a curved groove like this? 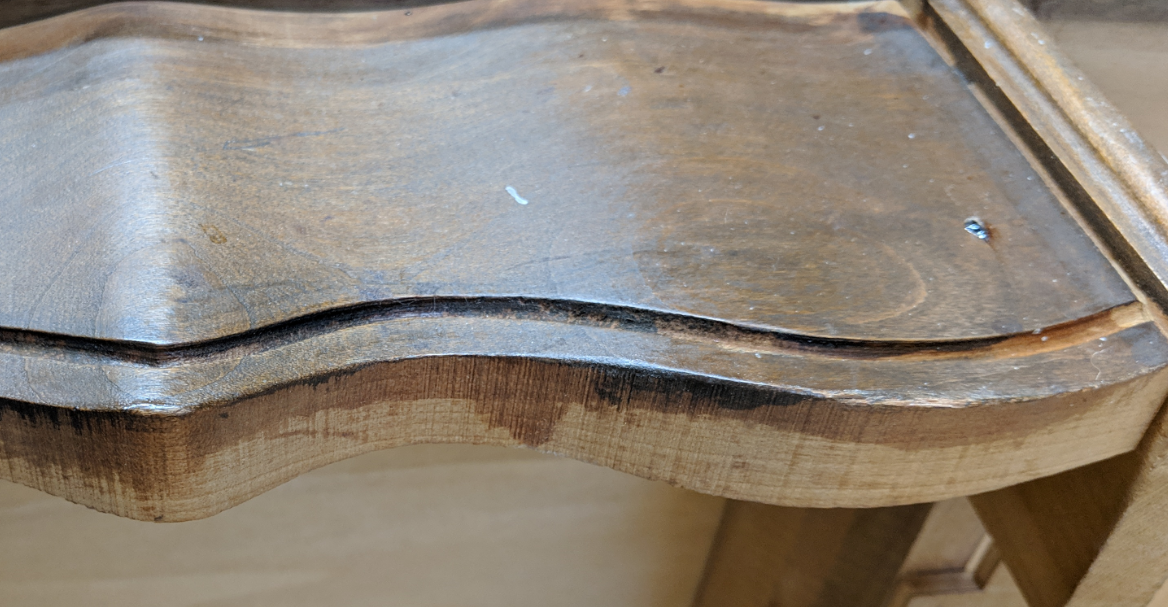 I ended up making a rather unsophisticated scratch stock with some "blanks" I found on Amazon, a piece of scrap wood from the bin, and a mini c-clamp. I just rough beveled the end, cut a groove down the middle, shoved the blade in it and clamped it in place.

It somewhat worked on a piece of scrap, cutting well in the areas where it ran with the grain, but choppy and hard to control as it cut across the grain on the hard maple. I'm sure a better edge and more practice would help. I didn't smooth the edge any better than what you get with a diamond file.

Once I iron out the bugs, I think this will do the trick. Thanks to those who suggested it. 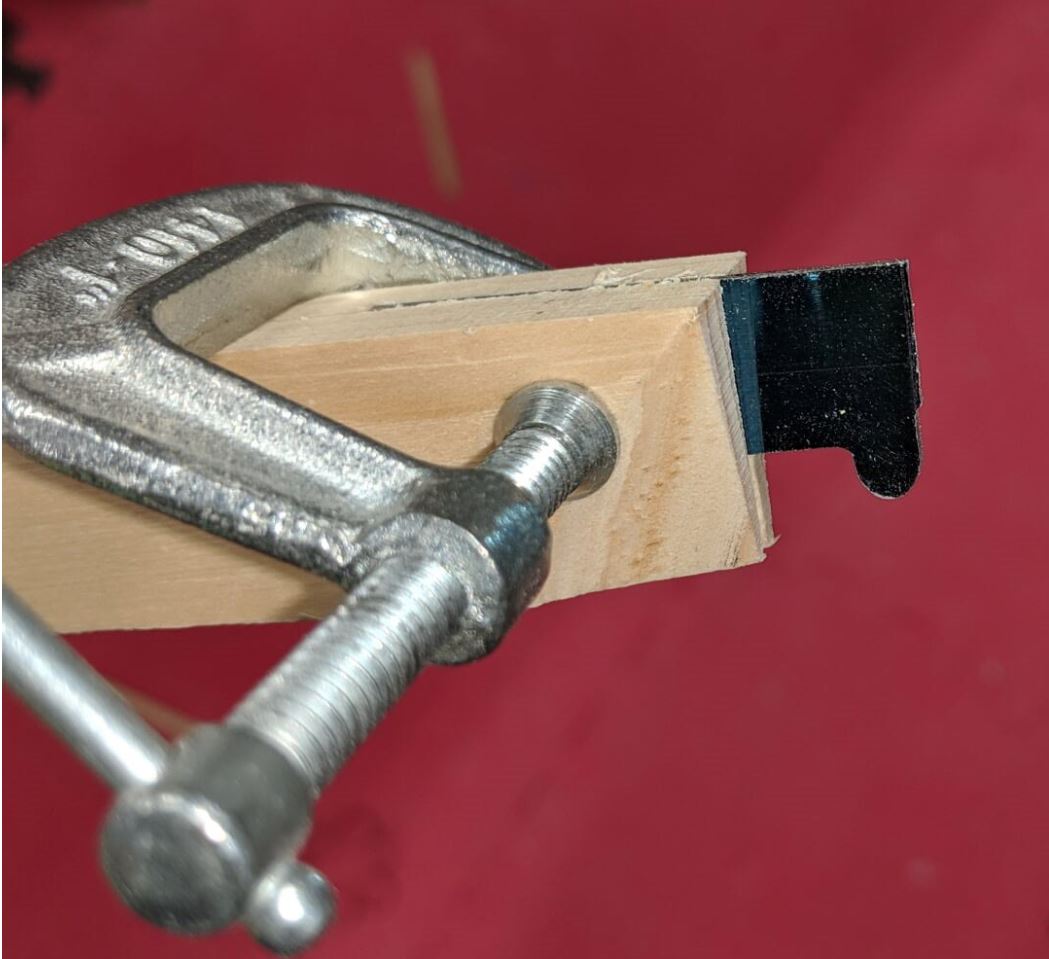 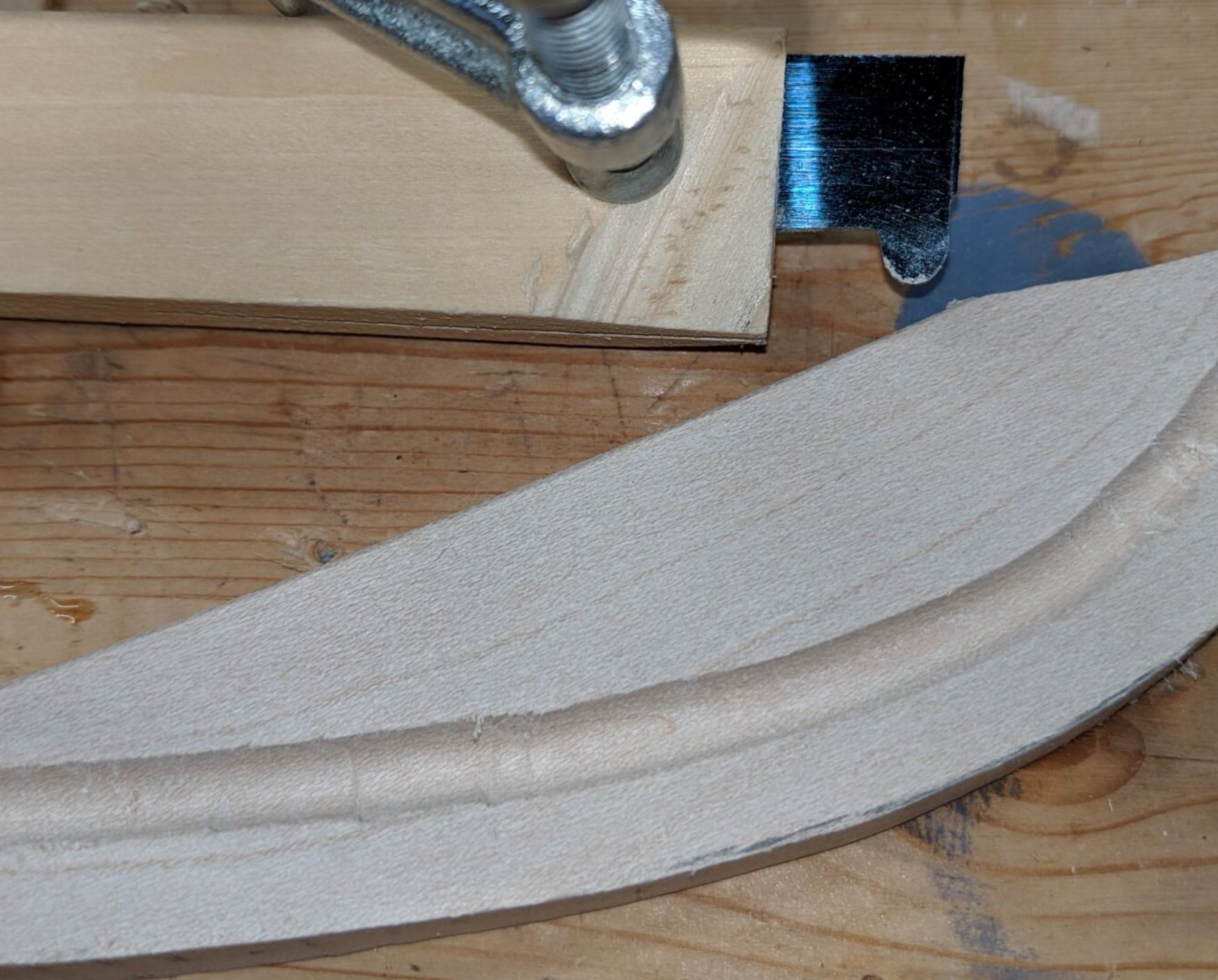 This is a tricky one! After thinking on it awhile, here's how I'd do it.

I'd use a scratch stock, with the fence part modified to follow curves.

I've never done this with a scratch stock, but I have done a similar thing with a router. Here's a picture of a curve-following base I built for my trim router: 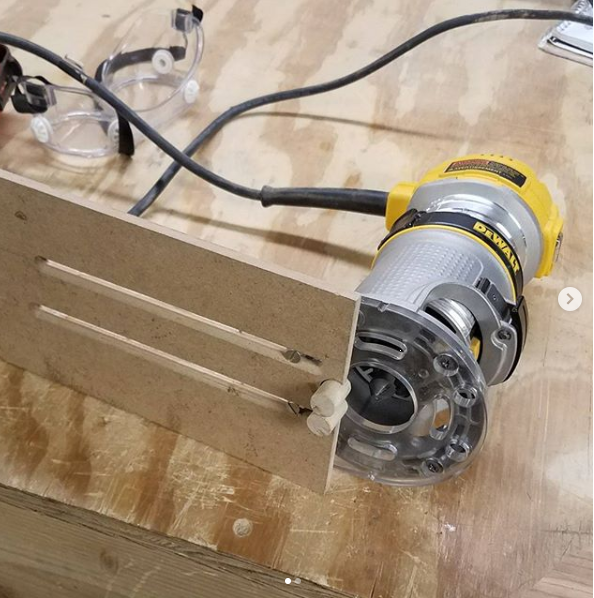 (Apologies for the quick-and-dirty construction; this was a case where ideas I was prototyping never got rebuilt as a final jig.)

The important part here is the fence made of two dowels. The base acts like a normal edge guide, except instead of a straight fence, the two dowels allow it to contact any point on the curved edge while still being held parallel from it. To use it, you use the dowels as a guide, keeping them both flat against the curve as you move the router. The curve of the dowels contact the curve of the work piece at only two points (one on each dowel), allowing the router to turn with the curve. The distance from the router bit to the dowel fence determines where on the work piece the router cuts.

I used the base above to cut the curved profile of this line: 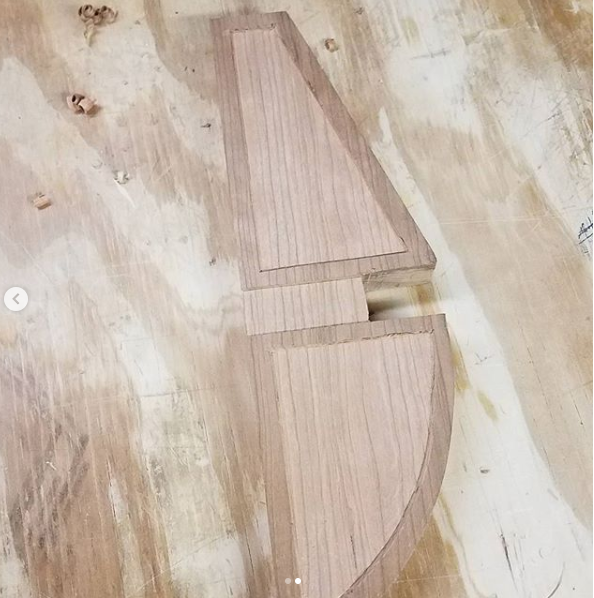 (In case there is confusion on this point: In the example above, I used the router in the curve-following base only to create the profile of the curve. The flat bottom of the large recesses were cleaned out using a router plane to sneak up on that profile.)

This technique handles the curved bottom of your drawer, but it does not account for the curves on the face. This is why I would adapt this technique to a scratch stock, instead of using a router. The flat base of the router will make it hard to control the depth of cut as it moves over the curved face. Though it will take longer, a scratch stock will give you much finer control.

Modify the scratch stock's fence to have two dowels on either side of the cutter, similar to how I put two dowels on either side of the router bit. As you use the scratch stock, keep both dowels in contact with the drawer bottom, and it should follow the curve. As a bonus, since it will take many passes to carve the profile, a mistake on one pass isn't as catastrophic as a mistake made with a router.

If you decide to use a scratch stock, here's some solid advice on how to make a cutter.

Honestly if you're just making one of these I think the fastest thing would be to just use a gouge and carve it freehand. Layout the distance from the edge and width of the groove with a compass first, then just stay between your lines. Check the depth often with a small piece of scrap wood with a mark on it. When it's pretty close wrap sandpaper around a block small enough to fit in the groove and smooth and refine it.

Obviously if you haven't done any carving before I would practice on a piece of the same wood beforehand. Take small bites and watch the grain of the wood. Switch directions if you're going against the grain to prevent tear-out. Also maybe watch some basic carving videos online.

Not the answer you're looking for? Browse other questions tagged technique tools tool-selection or ask your own question.

6
How do I achieve inset edge beading?

9
Is there a better way to make a wand?
13
How can I cut plywood in a straight line on a smaller table saw freehand?
14
How to cut the centre out of a large round of wood
6
Table saw technique, cross-cut dados on multiple boards
11
Setting precise depth on a table saw with no depth gauge
5
What tools could I use to cut a turned chair leg in half vertically?
12
Quick corner joints in practice
3
In whittling how do you make the v-like cut?
0
How do you create an organic or chiseled edge on a wood slab?
2
How to cut a pull out slat bed from a single piece of plywood?