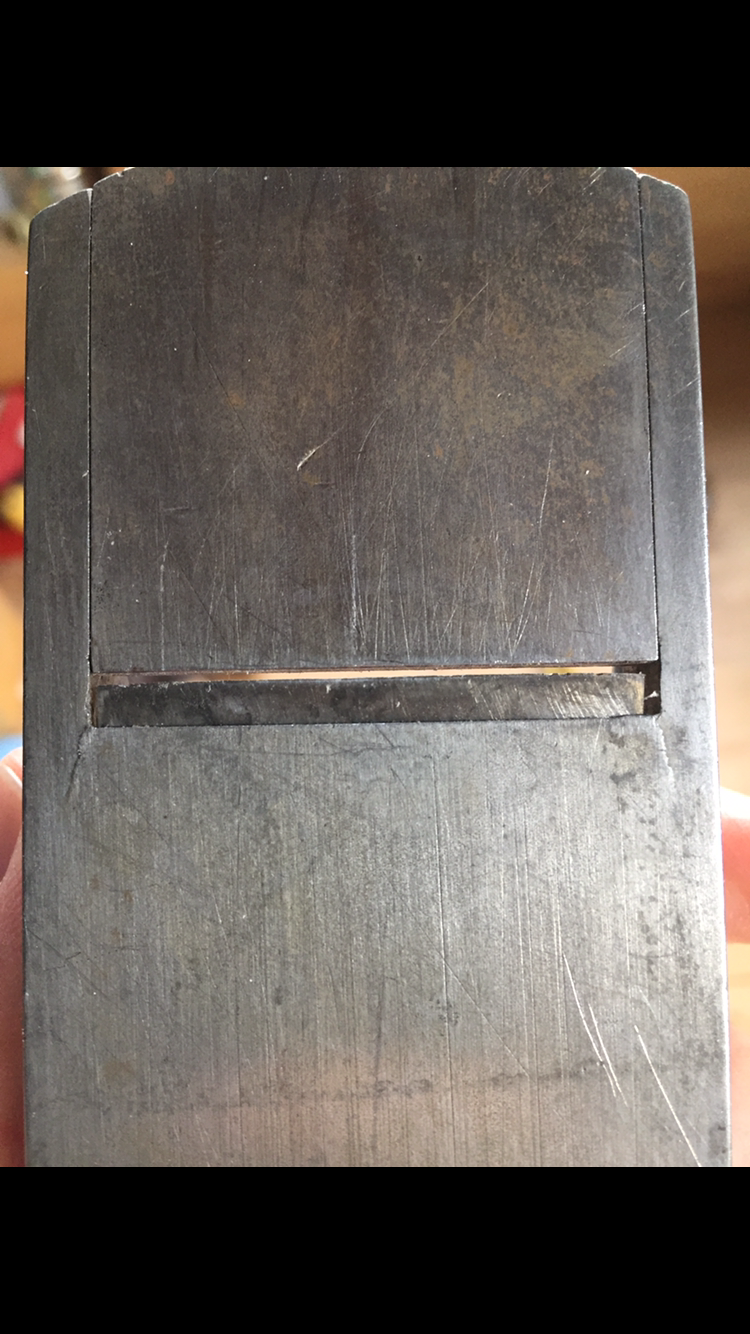 There are some cracks in the sole of my plane, are there any possible fixes?

You can bronze weld it with bronze wire and oxy/acetylene torch, then re-flatten the sole, as SaSSafraS1232 says. I wouldn't try to arc/mig weld it.

I was given a No. 51/2 Stanley plane that was bronzed together after it had been broken completely in half across the throat. I spent hours re-flattening the sole and cheeks using sandpaper glued onto a flat slab of glass and then finishing on a waterstone. The plane doesn't look pretty anymore, but works as well as new.

Brazing is generally considered the standard fix for cracks in the body castings of planes. Cracks in cast iron can also be repaired with the right type of welding, with and without pre-heating2, and also using high-melt solder.

There are numerous reasons not to get a plane repaired however, number one of which is that it's not economically viable. This obviously doesn't apply if you can braze or weld cast iron yourself, but if done commercially at normal rates (not "mates rates" or as a freebie by a welder who wants the experience) the cost of the repair will exceed the initial cost of the plane, or the value of it after the repair is done. And that's even if it works right, reason number two — all such repairs come with the risk of the casting cracking, or warping and becoming unusable.

Good news though, you probably don't need to worry about it anyway
You don't specify but this appears to be a block plane which has a short sole and which isn't subject to heavy planing duties, so it won't flex much or at all in use. What this means in practice is these cracks might not get worse.

And they could well be old already, the one on the right certainly appears to be. Many users have vintage planes with old cracks that don't get longer with their use of the tool. There's no guarantee of this of course, but often the only reasonable options are to use a cracked plane and hope for the best or retire it2.

If the cracks do get worse and eventually render your plane unusable vintage block planes are abundant (understatement!) so a replacement shouldn't be too difficult to find, and because they're abundant they tend not to cost much. Also there are cheaper new planes in most markets that are viable alternatives2.

And on your plane note the difference in cheek thickness left to right, that's not indicative of this being a high-quality tool, or a better example if it is from a reputable maker when their name still stood for quality3. So bottom line, it's not the end of the world if it does become a paperweight.

1 Although purists insist welding cast iron hot is an absolute requirement for good results, there are numerous examples that prove otherwise.

2 I have a Faithfull and it's awesome, and required almost zero work to get up and running. There are at least two videos currently on YouTube of Kobalt planes being tuned to work at a high level.

3 Even during the good years poorer examples occasionally slipped through quality control.

Drilling a small hole at the end of the crack can help keep it from propagating further.

Not the answer you're looking for? Browse other questions tagged hand-planing tool-repair or ask your own question.

7
Is a broken handle on a hand plane fixable?
6
Fettling a hand plane
7
Static Electricity While Using a Hand Plane
5
getting edge of plane square to sole for shooting
2
Walnut or Jojoba oil before final smoothing plane
5
How do I set up the INGCO hand plane?
4
Is this plane salvageable?
8
Can a bad mouth plane be saved?
5
Hand plane gouging wood even with fine adjustments
0
Hand plane blade lower on one side