How to achieve a rounded edge on a thick panel of solid, hard wood

I am trying to make a corner shelf that would match some existing pieces of furniture. I cannot understand how the edge was made, or more precisely, how I could achieve something similar.

The round part of the edge is around 2 inch high, way too much even for 1/2 inch shank router bits. Here's how an existing (not corner shelf) shelf looks like: 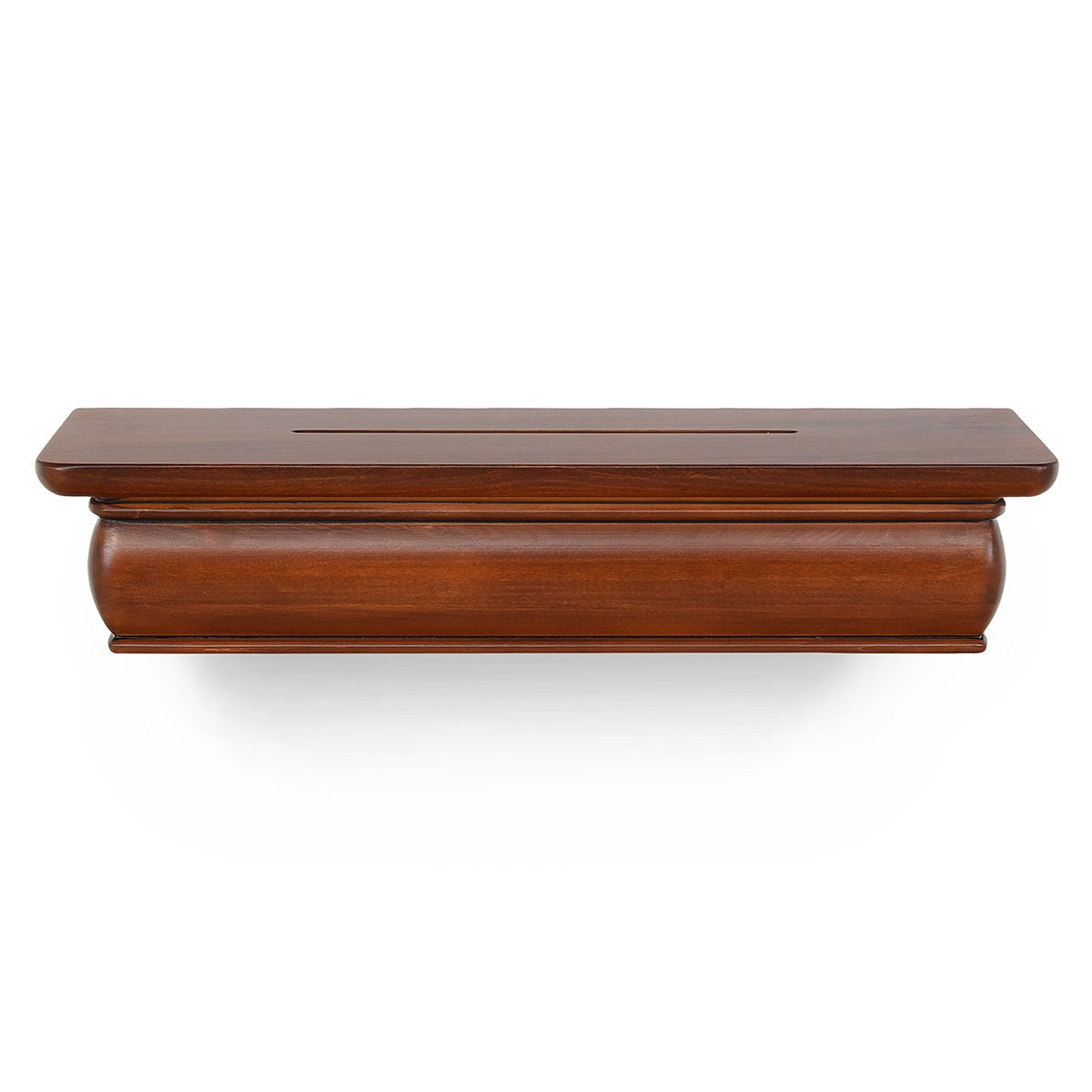 This is solid wood (hard wood), mass-produced, stained and lacquered. The other parts of the profile look like I can tackle them but the round, large part is out of my imagination.

How could one achieve this, and not necessarily on a straight portion (i.e. I dream of making the corner shelf as a quarter of a circle:

.. only with an edge profile that would match the "Louis Philipe" shelf above.

Is this feasible with DIY tools or only industrial ones? If feasible, how?

Commercially this type of deep profile will often be created using a spindle moulder1, a floor-standing machine sort of like a router table on steroids.

But no small-scale professional woodshop or home woodworker would approach this as a single operation. Instead the profile would be broken up into portions that can be formed by separate shaping operations that can be accomplished one by one (usually but not exclusively by using a router and various bits2) and if necessary also by making separate pieces that get joined together at the end.

For this for example the top flat portion would be best made separately, so that the deep undercut beneath it doesn't have to be created by removing a large volume of wood from a very thick piece. Then the fatter bottom portion would be shaped with perhaps three or four router shaping operations, then the two pieces glued together. The challenge is in finding router bits that fit portions of the profile and in figuring out the correct order to do the shaping operations — sorry to skip over details here but this is a subject a little beyond the scope of an Answer here, an entire chapter in a router book might be devoted to it.

2 In the past these would have been done primarily using wooden moulding planes, which is why traditional workshops needed a sizeable storage area as they needed lots and lots of them (sometimes hundreds), each size of each type of profile often needing its own plane. Some hand-tool fans still do small-scale production moulding using moulding planes.

As a one-off, my first hunch was to lop off big chunks with a hand saw, then go at it with a spokeshave. It looks like most of it can be done reasonably along grain-lines.

If you know the radius, make a 1/4-round sanding block (sandpaper plane) by either making a radiused router sled or cutting something on a table saw with an appropriate-sized blade (6 inch blade for 3 inch radius).

Hard, physically demanding, but ambiguous, cheap (a crappy spokeshave is probably cheaper than a nice router bit) and satisfying.

Not the answer you're looking for? Browse other questions tagged technique furniture power-tools router-bit roundover or ask your own question.

9
How thick do slabs need to be in a slab bench?
8
Curved wood pealing away from table edge
10
How do I cut thick wood with a jigsaw?
8
How can I chamfer thick (1.5") material?
6
What methods could I use to round the edge of a thick board?
3
How to use a router to cut a thick wood board
2
How to achieve slightly rounded edge?
1
How do cabinet makers achieve seamless joins
2
How to add a consistent chamfer across a non-linear edge using hand tools
1
How thick to make toddler bed slats