I used some reclaimed wood from a ~12 year old fence to build the top of a farm table.

The paint on the fence is white, faded, and powdery. If you pick up a board it dusts up your hands a lot.

What is the best + inexpensive way to remove the paint? 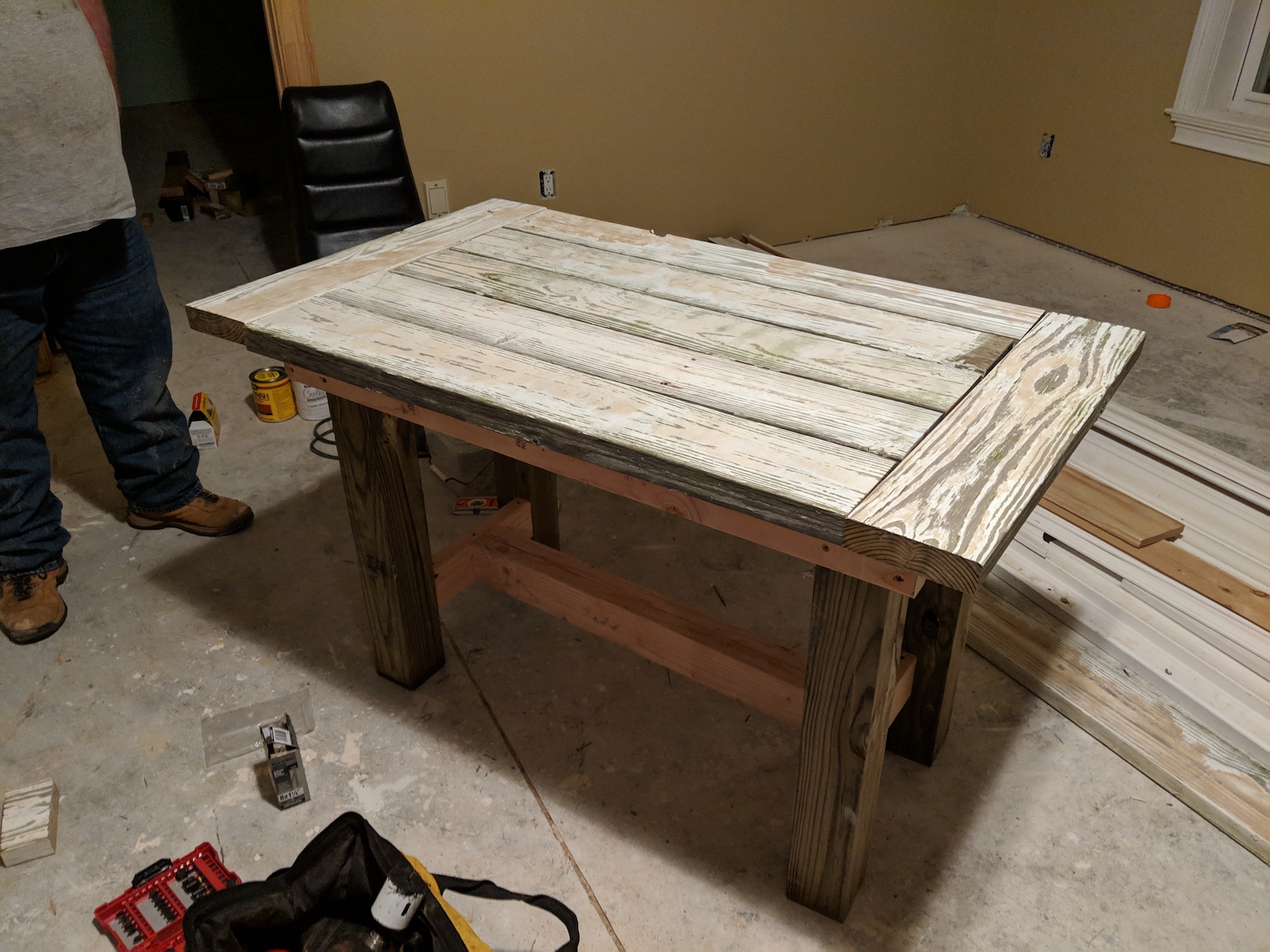 If you're starting from scratch without question the most inexpensive way to remove old paint (most finishes in fact) is using a scraper of some sort. Scrapers generally last you the rest of your life, so even if they cost a lot more than they do they'd still work out most cost-effective and outright cheapest.

That said, I don't think using a scraper is right for you here as scraping works best on hardwoods and not softwoods1. Additionally with the wood being weathered it will be somewhat friable so the surface left by scraping could need significant work to flatten and smooth out which you don't seem to be set up for.

Ideally prep the wood first
I'll mention this in case you want to use more of the wood for another project, and for future readers who want to prep similar material.

One really effective way to remove heavily weathered paint is by power washing outdoors, often nearly every trace of the paint will come off and somewhat surprisingly it can leave the wood looking virtually brand new in some cases (although it will have a texture). I would use a traditionally set up jack plane (a roughing plane AKA scrub plane can be used similarly) to skim off the surface which can be a quicker job than you might expect â€” working through the stack of boards for this table might take no more than 8-10 minutes of light effort.

This is a job where you need to break out the coarser stuff. Any time a significant amount of material needs to be removed by sanding you should start coarse and then work your way up through the grits to whatever your final grit is, usually 150-220. Even using a powered sander (the best choice here normally being a belt sander) you'd want to start with 80 grit and possibly coarser.

Although the scratches the first grit leaves will seem terribly heavy and like they will take forever to eradicate it's actually less effort in the long run to do it this way.

Chemical stripper
A good paint stripper should take this paint off in minutes, with almost no effort. The fastest and most effective strippers will wrinkle or bubble the paint nearly in front of your eyes and the paint can then be scraped off with a putty knife or similar, or scoured off using very coarse steel wool or a kitchen scourer. Safety note: if using strippers that work this quickly do the job outdoors if at all possible! If working indoors be certain you have good airflow â€” past you, then past the work and then out an open door or window.

Left-field option
Abandon the original plan, don't strip what remains of the paint but seal it in.

Obviously the look is not for everyone but you could apply a varnish or waterbased finish to your table which will effective 'lock in' the weathered, powdery surface. To keep the paint as white as possible you'd want to use a waterbased finish but if you're OK with the slight amber colour it imparts (in this case giving more a cream/ivory) you can use oil-based polyurethane which is generally tougher than waterbased finishes.

You can also paint over the existing paint, for a uniform colour. The first coat or two of paint (or better, primer) should consolidate the weathered paint surface and then you'd continue to paint as normal.

Not a few pieces these days feature a mix of painted elements and stained/coloured wood so you could stain the rest of it, and the final result could be even better than your original plan since the top boards were unlikely to ever stain nicely2.

1 Although it is perfectly possible to scrape softwoods in some cases.

2 Softwoods stain poorly at the best of times, being very prone to blotching, and once the wood is weathered it can magnify the problem.

Not the answer you're looking for? Browse other questions tagged paint refinishing reclaimed-wood or ask your own question.