How to mount mirror in wood frame that is not square? 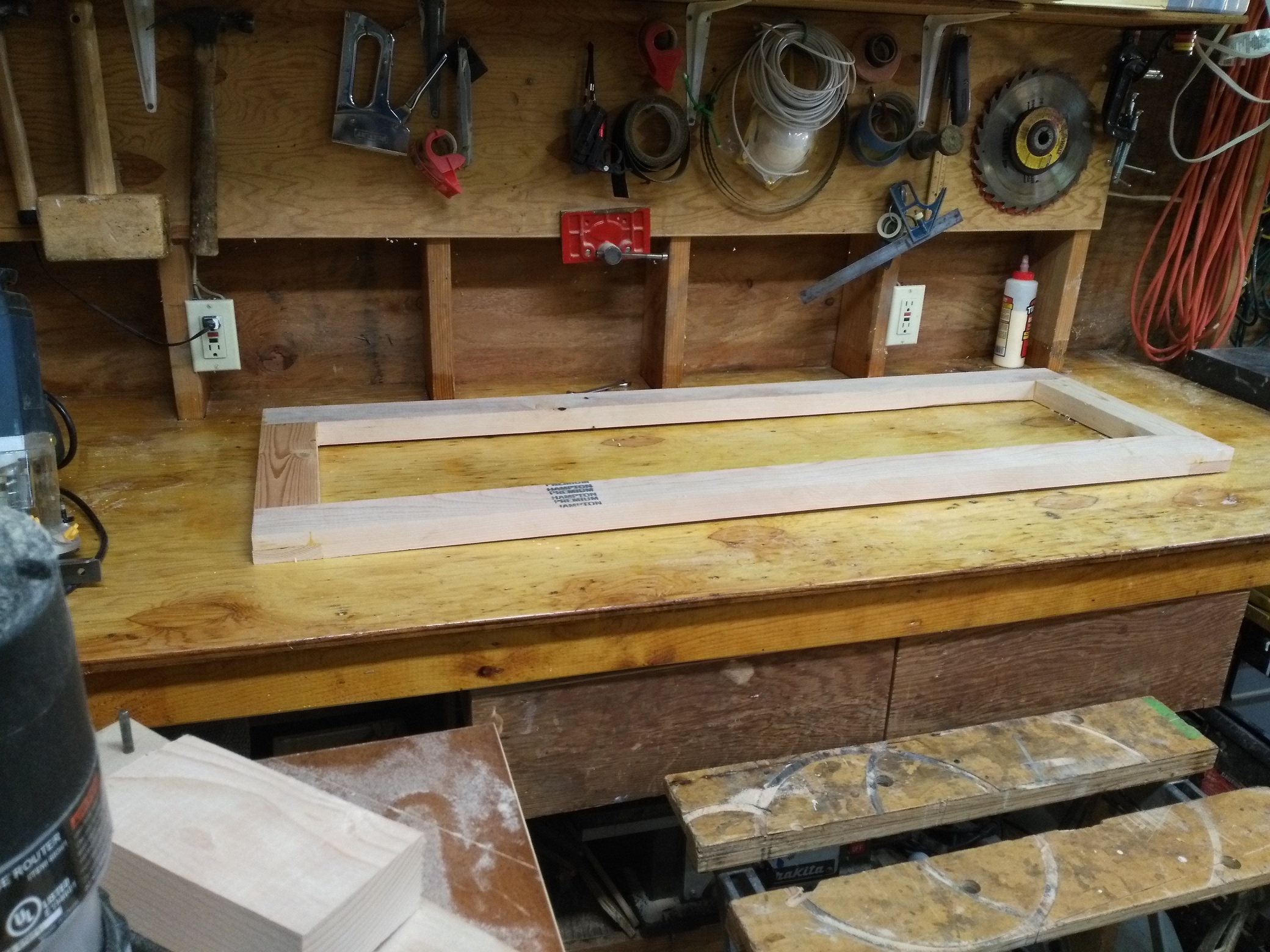 After the glue had dried, the frame did not sit flat on the bench. When I held one corner down, the adjacent corner rose 5/8" off the bench. This indicated the frame was not square, so I investigated further with winding sticks. 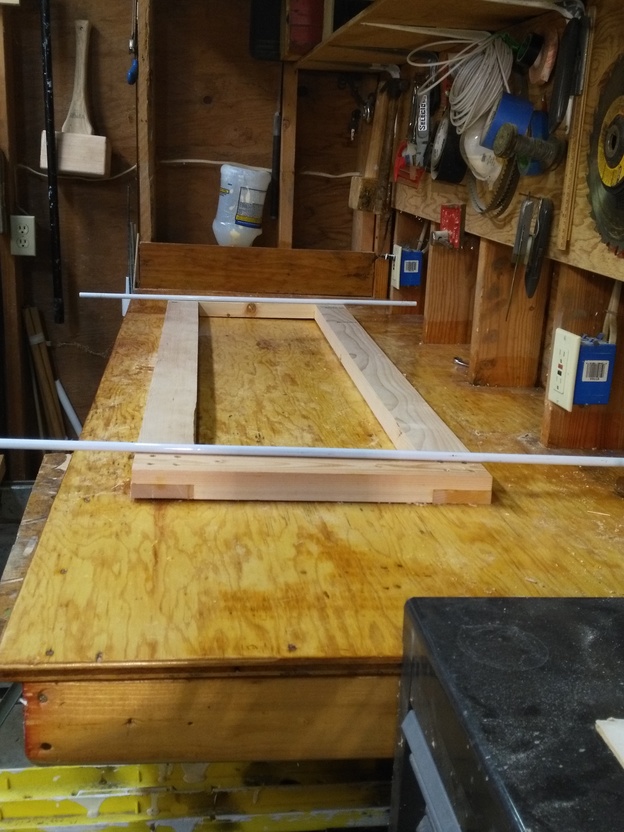 The frame is indeed out of square. It is twisted. 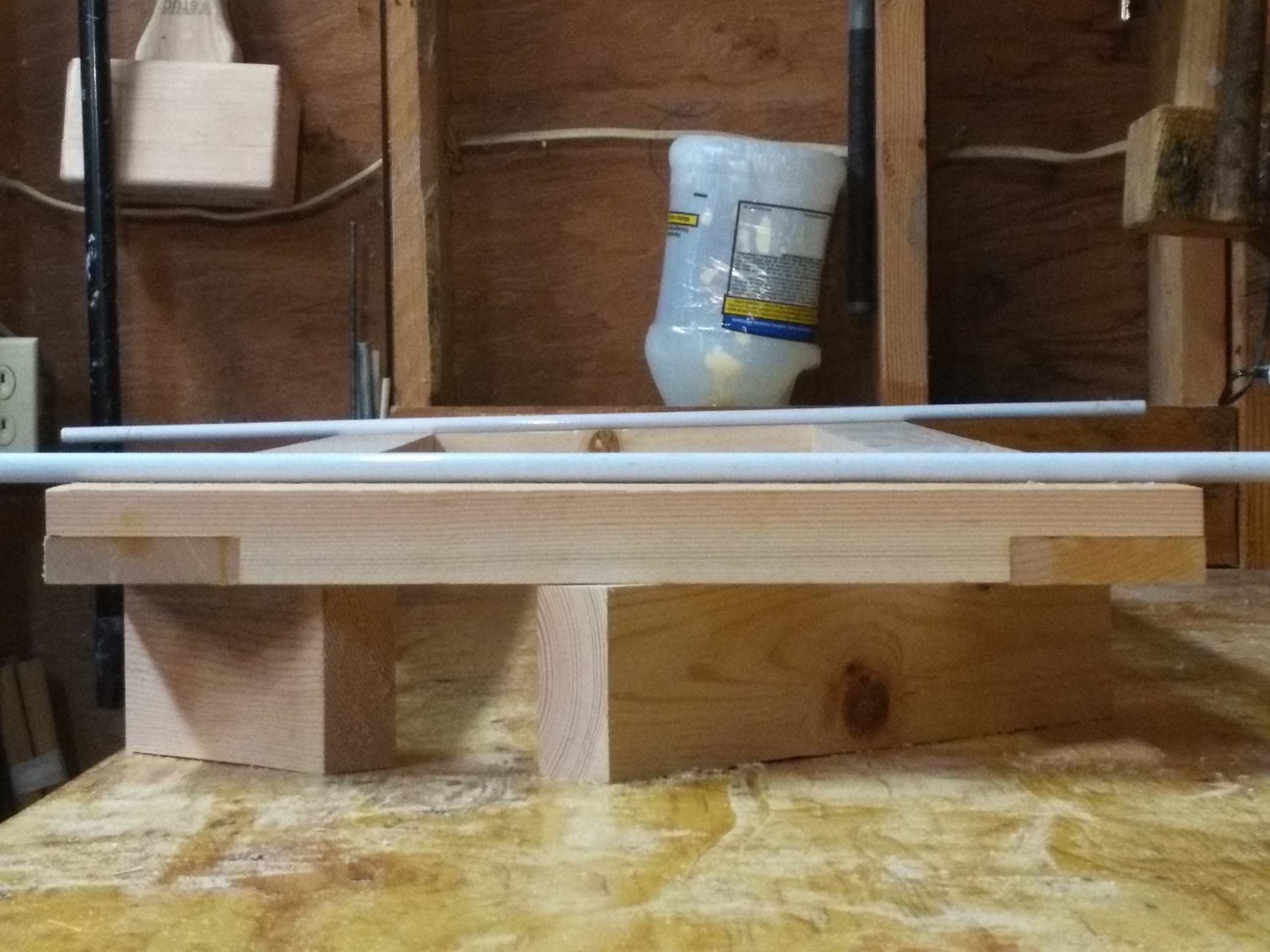 The next step in the in the build process is to use a router to cut a 1/4" rabbet that will accept the mirror. This rabbet will be cut with an upcut bit spun by a plunge router with an edge guide. 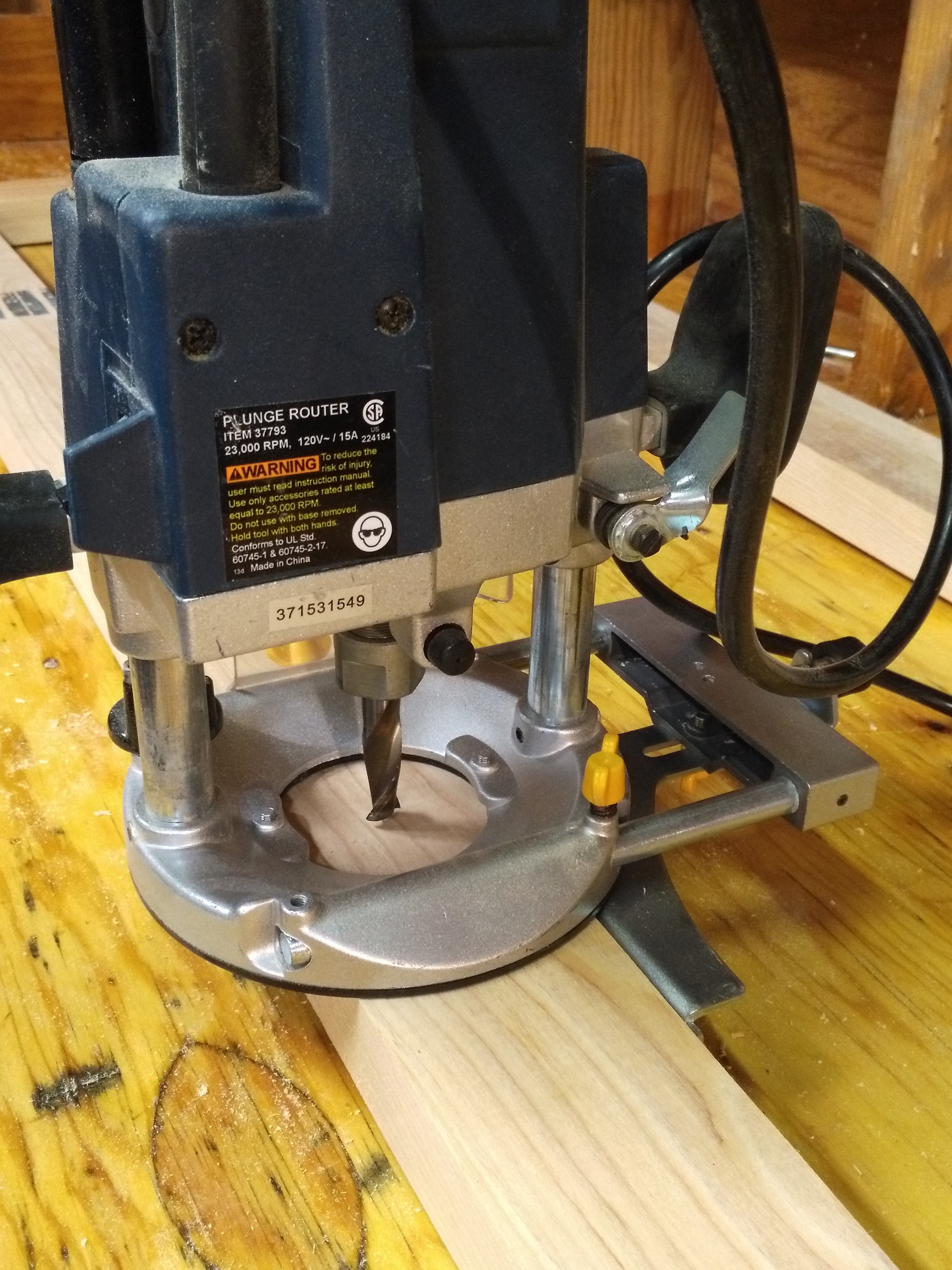 Before I proceed with cutting the rabbet, should I fix the twist in the frame? I have identified several options, but as I have never dealt a work piece that is this far out of square, I am not sure what to do.

What is the best option, is there an option that I have overlooked?

I decided to proceed with this twisted work-piece. The next step was to cut a rabbet for the mirror to sit in. After cutting this rabbet, the frame was noticeably less twisted. Lots of material was removed, apparently some internal stresses in the wood were twisting the frame: 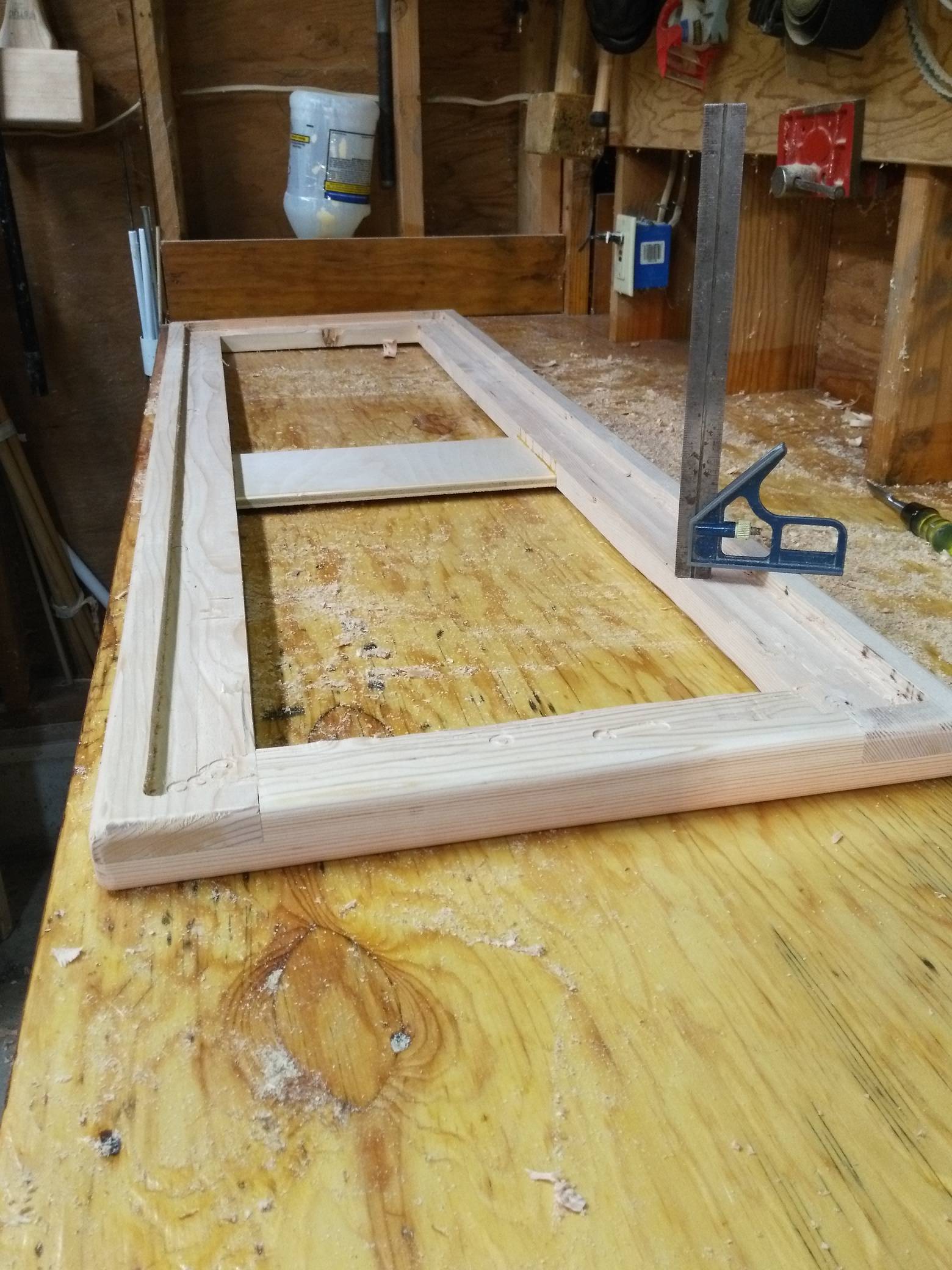 After cutting the rabbet, I gave the mirror a test fit. It looked pretty good. The mirror weights around 40 lbs, and after test fitting the mirror, I decided that the frame needed a brace. When gluing the brace, I warped the frame a little past level: 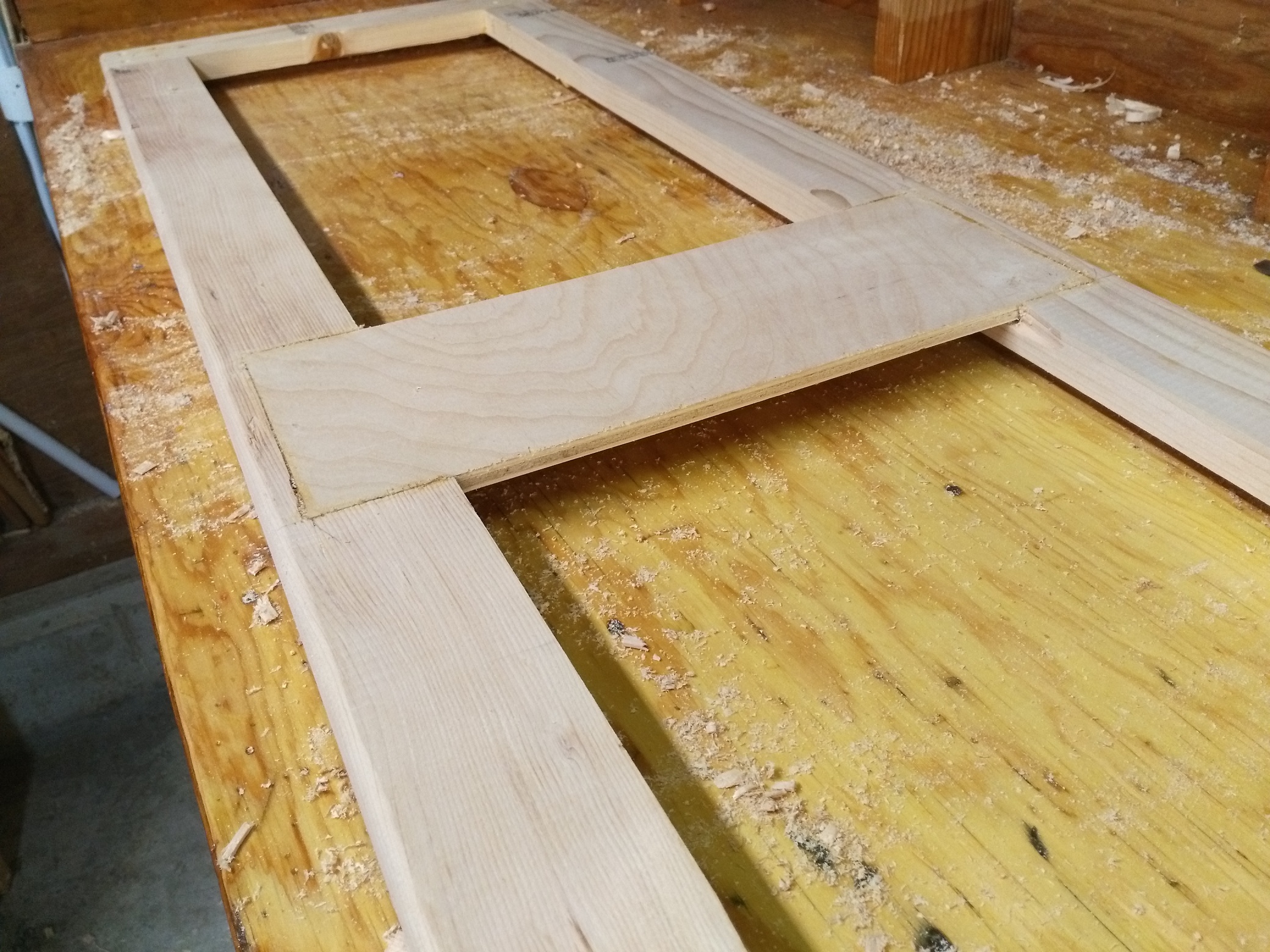 Checking again with the winding sticks, the frame looks like it's nearly perfect: 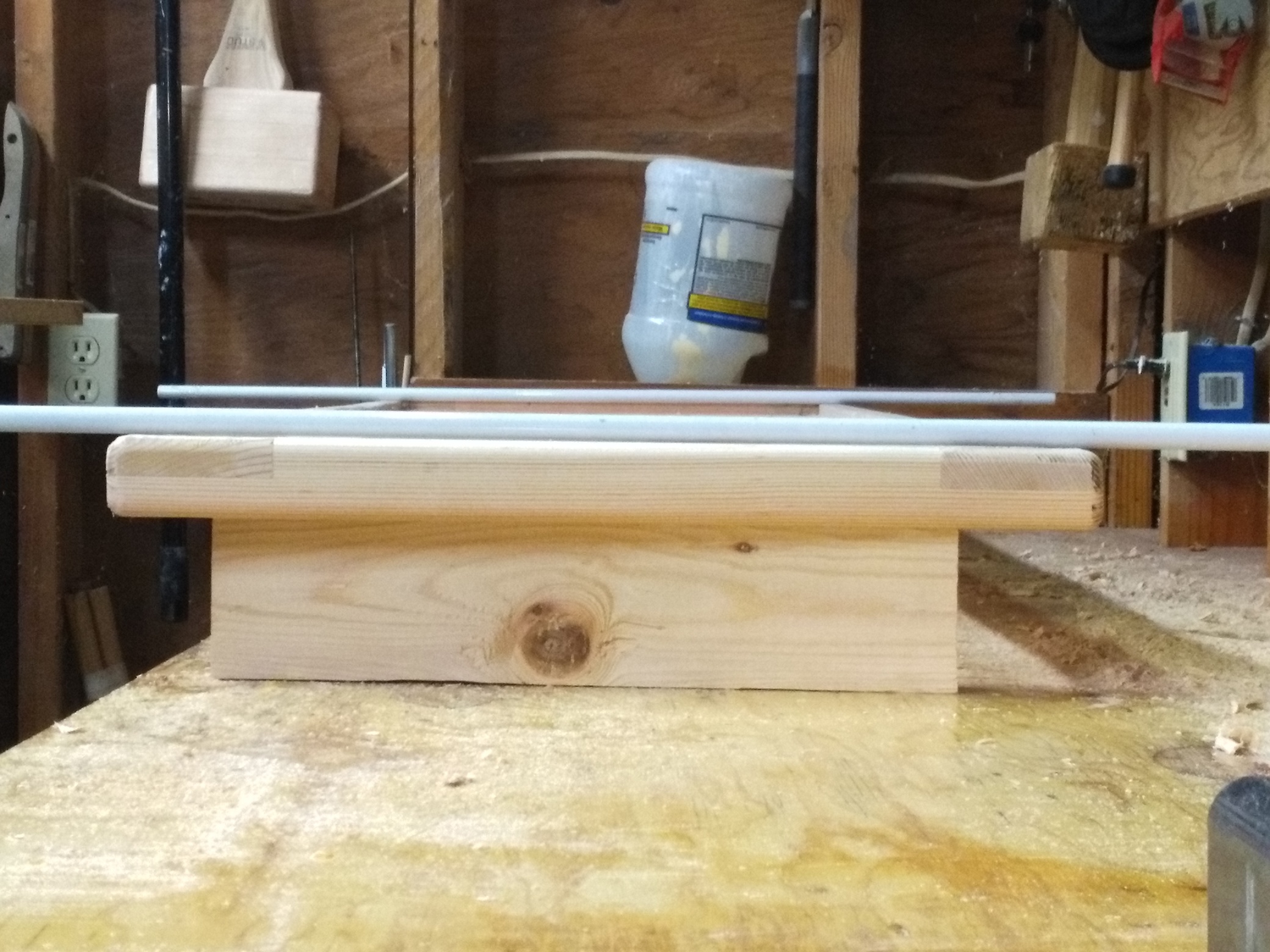 In retrospect, I definitely recommend trying to salvage a twisted glue up.

A flexed mirror, even if it doesn't break, will distort the image one sees in the mirror, generally in an way that is not pleasing.

Given the size of the twist, I'd say the best course is to salvage what you can and start over. Otherwise it's good money (time) after bad.

The wood appears to be construction-grade, you might consider upgrading or otherwise being very selective in the pieces you choose. I see at least one knot; that's a no-no for stability. What you're looking for is straight grain and the absence of reaction wood. That's the bits where the grain goes curvy around a knot or other discontinuity in the tree, like maybe a fork or whatever.

If you can't find full-sized pieces with those characteristics, consider gluing up from narrower sticks. In my Home Depot, the 2x2s tend to have tighter, straighter grain than the 2x4s, possibly because they would go all wonky with a big knot in the middle.

Once you have the blanks, make sure they are jointed dead flat and brought to a consistent thickness such that front and back are perfectly parallel. After milling them like this, leave in an environment similar to their ultimate home for a week or so and make sure they don't move as they acclimate moisture-wise. If the pieces aren't dead flat before joining, they won't be flat after.

Finally, your joints (lap joints here it looks like) need to be dead true so they don't introduce twist. Definitely clamp in a square/flat position while the glue is drying.

Not the answer you're looking for? Browse other questions tagged twist square or ask your own question.

20
How can you make a square without a square?