Best way to mount bench vise for my particular bench?

My bench has a 2x4 edge and if I line up the vise where the inner claw is flush so I can mount things vertically, then a little of the vise overhangs a little. Would this not be proper?

If I push it back to remove the overhang then the mounting holes sit between the 2x4 and top wood which wouldn’t make for a sturdy mount. 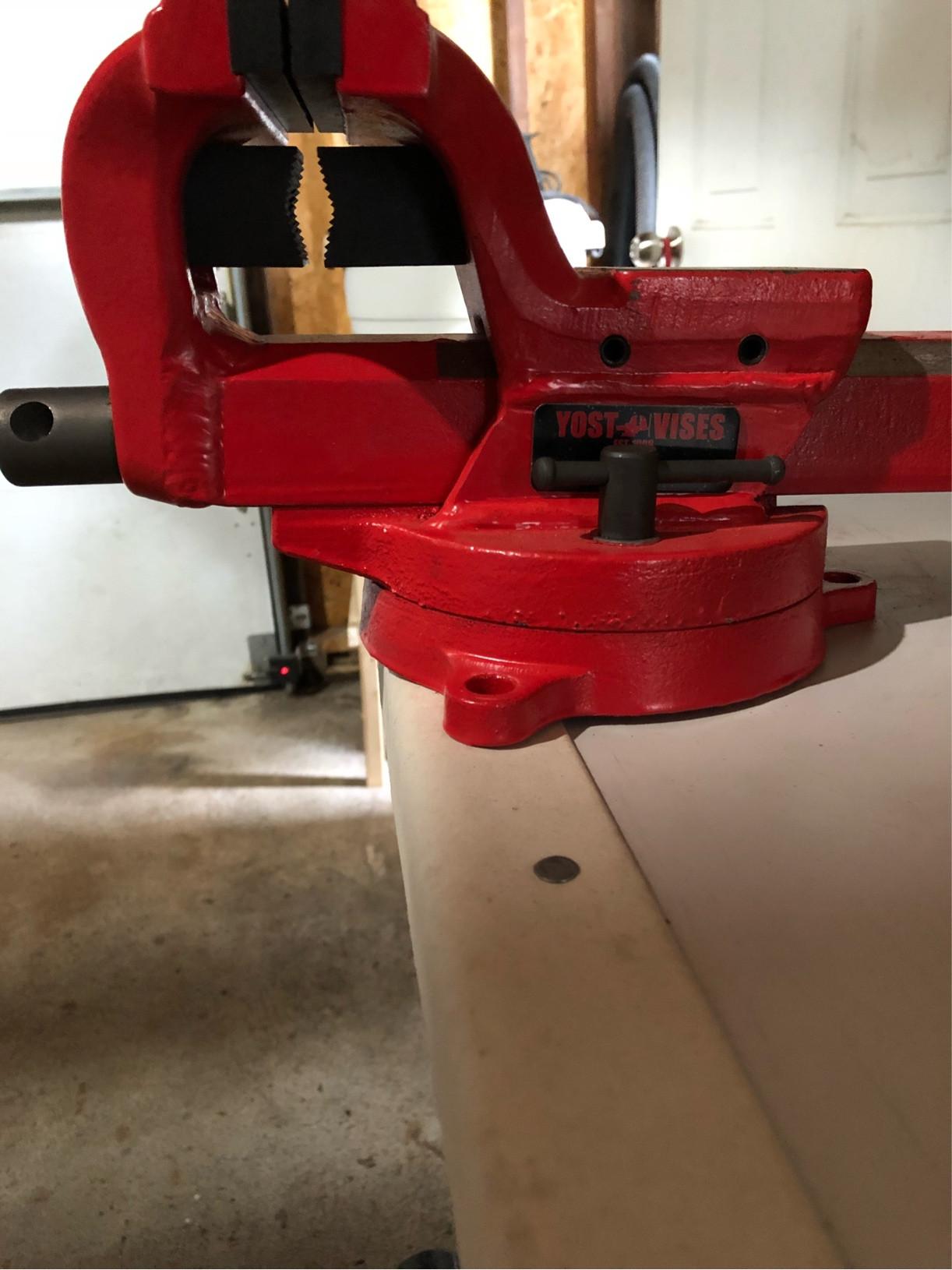 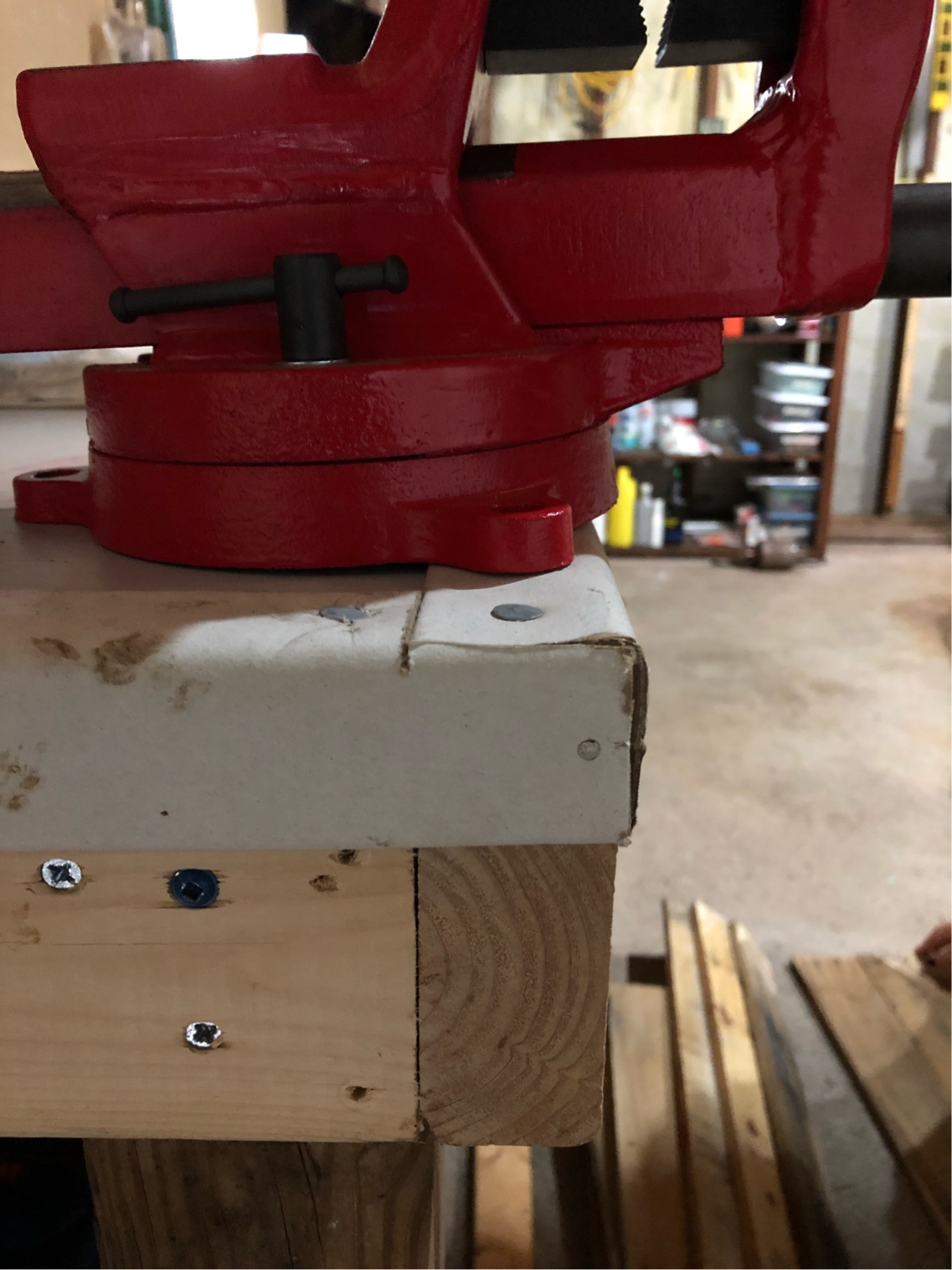 Where you have your vice placed for the photos is pretty much exactly where I'd mount it, in addition to the front-back placement being ideal it appears to be nearly directly over a leg which gives plenty of support for any heavier work you may do on it.

And yes, it is perfectly fine to mount a vice with a little (and sometimes a bit more than that!) of the base projecting beyond the edge of the workbench: 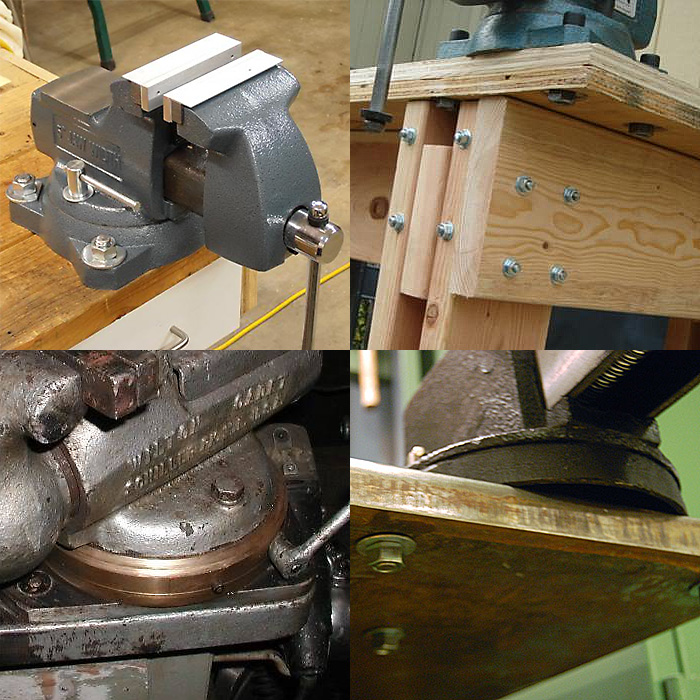 If you look around any metalworking or machinists' forum you will have no difficulty finding pictures of vices that are mounted well back from the edge of the bench and sometimes this is deliberate, but too often it is because the user didn't realise that if you don't have the vice mounted far enough forward, so that the back jaw is at least flush with the bench edge, you can never clamp workpieces like this: 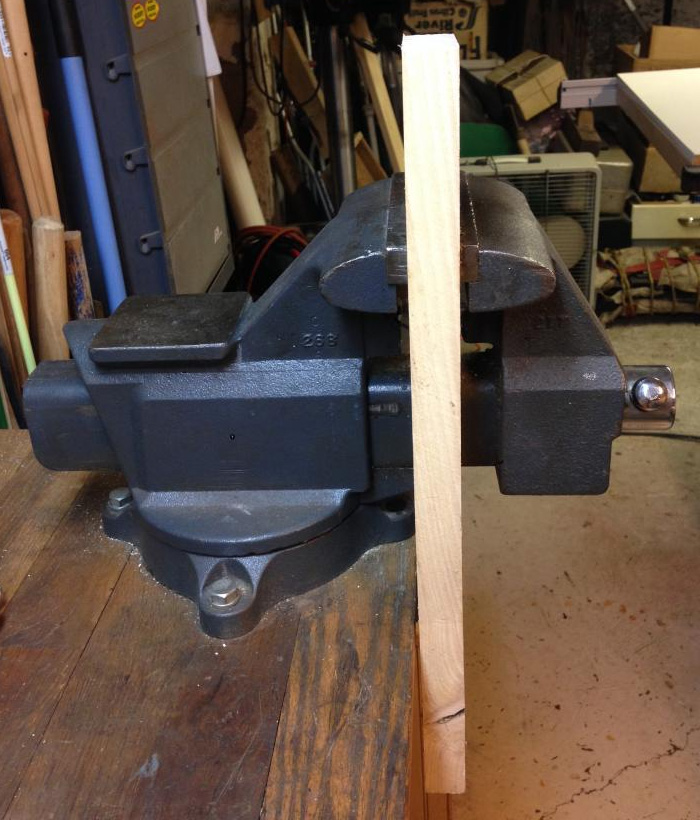 Your positioning is pretty much set, but for future readers it's generally a good idea to give yourself a little extra room if possible so that the rear jaw projects a smidge beyond the bench edge, the reason being at some point you might fit new vice jaws that are a little thinner than the current ones and you don't lose the above advantage if you do so.

Couple of additional points
When it comes time to bolt your vice to your bench don't forget your washers, they're especially important up top but you may want to use them underneath also.

I would suggest you pack out the rear mounting lug to level the vice out. It isn't absolutely necessary to do this, but it's good general practice to have a vice level both left to right and front to back. You can somewhat surprisingly use card for this — make the packing a little over-thick and it'll compress down when you tighten that nut and afterwards remain remarkably stable.

Not the answer you're looking for? Browse other questions tagged workbench vises mounting or ask your own question.