Sealing and reinforcing particle board

I am making some picture frames from an old table. The table top is oak slats on top of particle board. I’ve sliced the table and trimmed the slices with walnut, and cut rabbets in the frames. Like this: 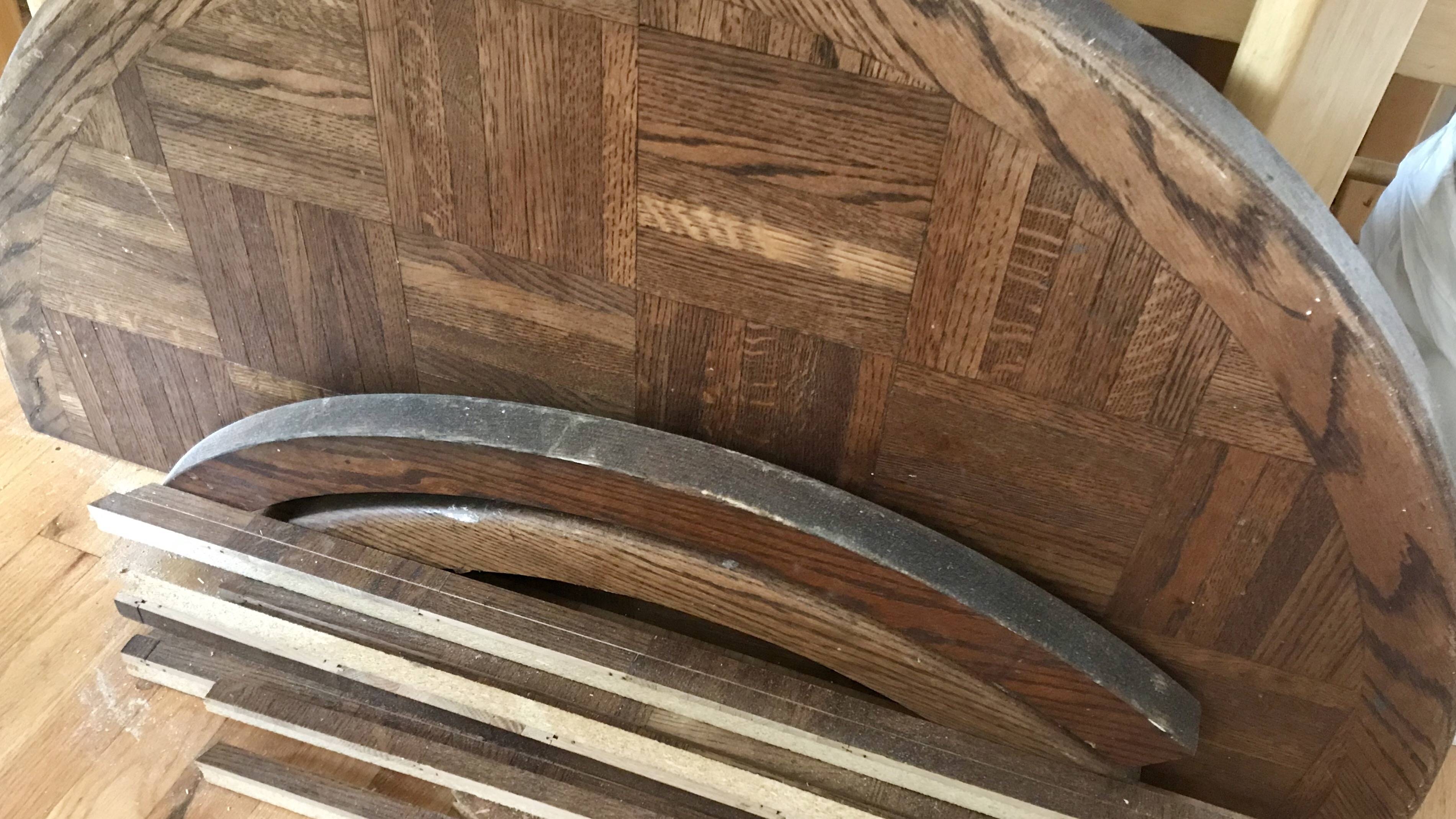 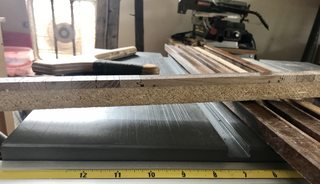 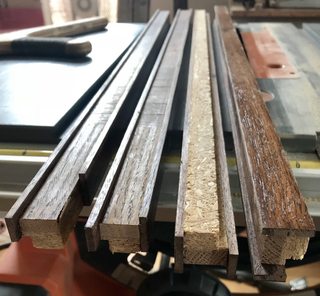 Prior to adding the trim, the slices are extremely fragile, as the oak slats are held in place only by a few nails (most now cut off) and some drops of very old glue. I dropped one 2 feet and it split into three pieces; they can’t support their own weight if held by one end. The trim, however, takes care of this.

So the cross sections are: 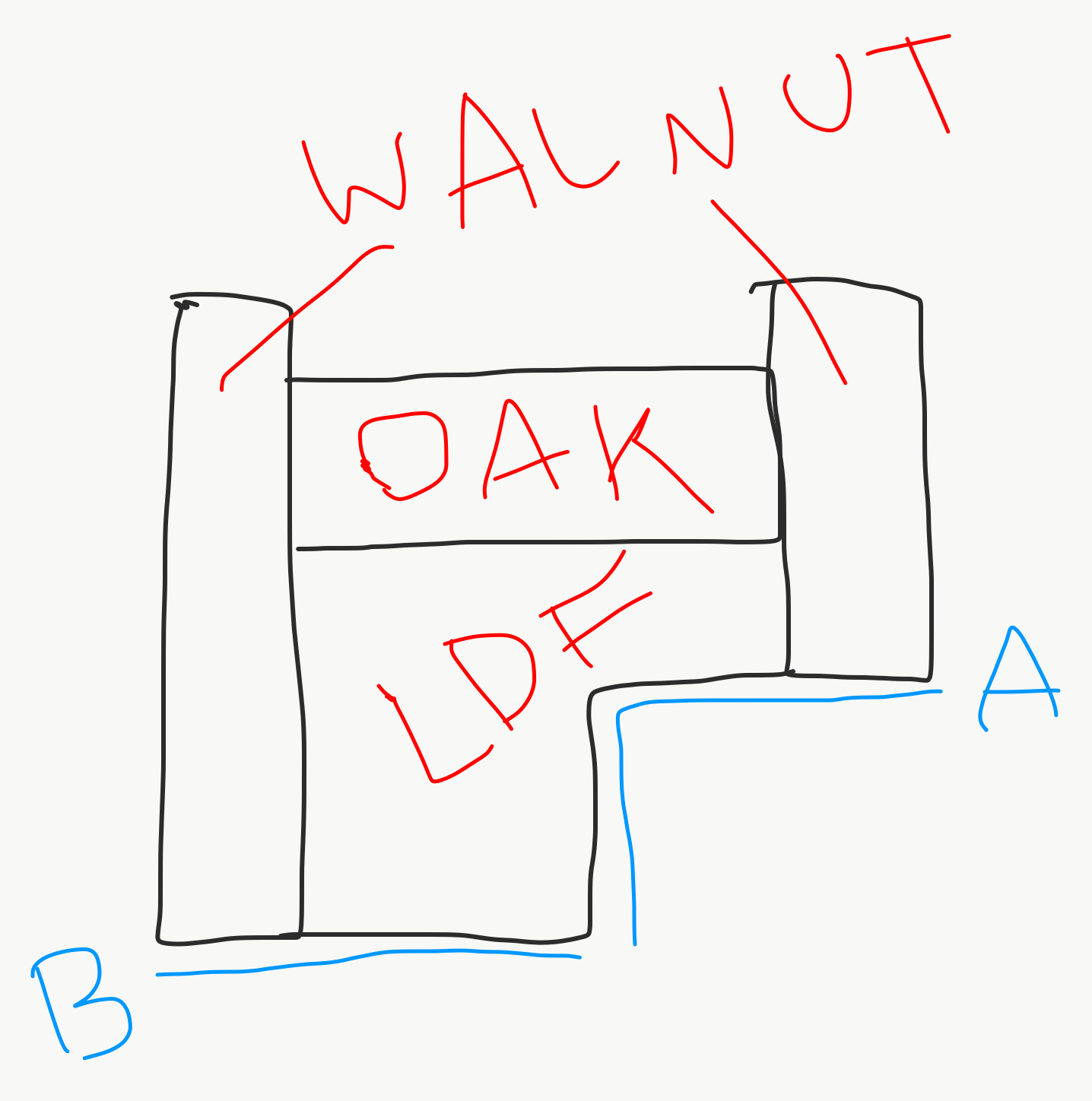 I can only really do stuff to surface A and B.

How can I seal, strengthen, and prep the particle board surfaces?

Shellac seems to make it less crumbly but isn’t good enough. Polyurethane soaks right in and doesn’t leave the surface smooth, although I suppose I could do tons of thick coats until it has a resin-filled appearance but that will take a long time and could get messy. The other thought I had was to just smear a thick layer of wood glue all over it, let it dry, and sand/route it flat.

I don’t really want to trim the back if I don’t have to because I don’t want the frame to be thicker and also surface A would be difficult to cover.

What can I do?

I would think wood harder that is available from most home centers would help. Bit a good thin capitalized resin or epoxy would defiantly work it is water thin, should be available from boat supply retailer.

Not the answer you're looking for? Browse other questions tagged finish-selection strength water-protection ldf or ask your own question.

5
Sealing plywood from moisture completely - for use as damp-reptile habitat
3
Is sealing wood with urethane or the like enough to avoid wood movement?
5
Is it necessary to cover all veneered particle board ends?
2
What depth and offset from edge my dado / groove in particle board should be?
1
Reinforcing chipboard
5
What would be a suitable finish for a board game
2
Sealing a Stained Poplar Bed Frame
5
How to finish a wooden ironing board?
0
Finish for thin-skin cedar hot tub to resist water penetration
0
Reinforcing fragile wooden pendant?