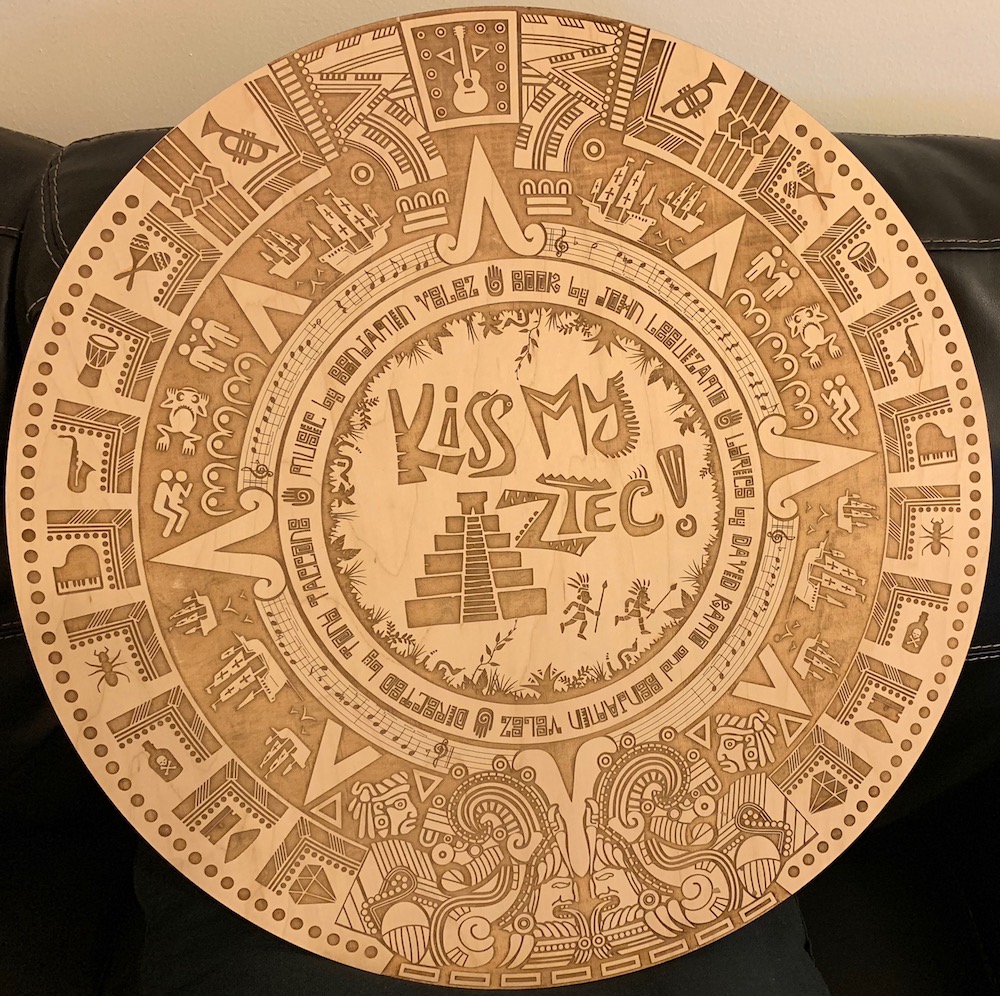 Wow, danish oil and polyurethane are two opposite ends of the spectrum! You can't apply a finish like danish oil (tung oil, etc.) to something like this. It will never dry. Poly will probably end up being a big thick mess because it will pool into all your etching and make it look like a cheezy 70's decopauge. The right answer for this is lacquer. This is a thin finish that dries fast and is intended to be built up to the desired thickness without sanding in between coats (each successive layer slightly dissolves the one under it). i make lots of projects like this and use spray on lacquer. The stuff in the spray cans from Mohawk is ideal for this if you're not making a lot of plaques (otherwise you can buy an HVLP sprayer). If you want it darker, use a product called "toner." First, carefully sand the top by hand using a large flat block with a finer grit sandpaper (320, 400 is about right). Blow all the dust off using an air compressor. Then use the spray toner to achieve the desired darkness. It's cool to be creative and, say, apply more to the outside to make it darker than the middle. After this cures, spray coats of clear lacquer to the desired thickness. All this can be done in a day.

10
how to fix very light scratches in polyurethane finish?