Is this plane salvageable?

I got a hand plane from my grandfather's old tools, though it sat in a garage for several years with no care. It's quite rusted, and it looks like it may be rather heavily pitted on one side of the sole.

The back handle says "Defiance by Stanley", and the sole measures 14" long.

Is it likely to be salvageable? 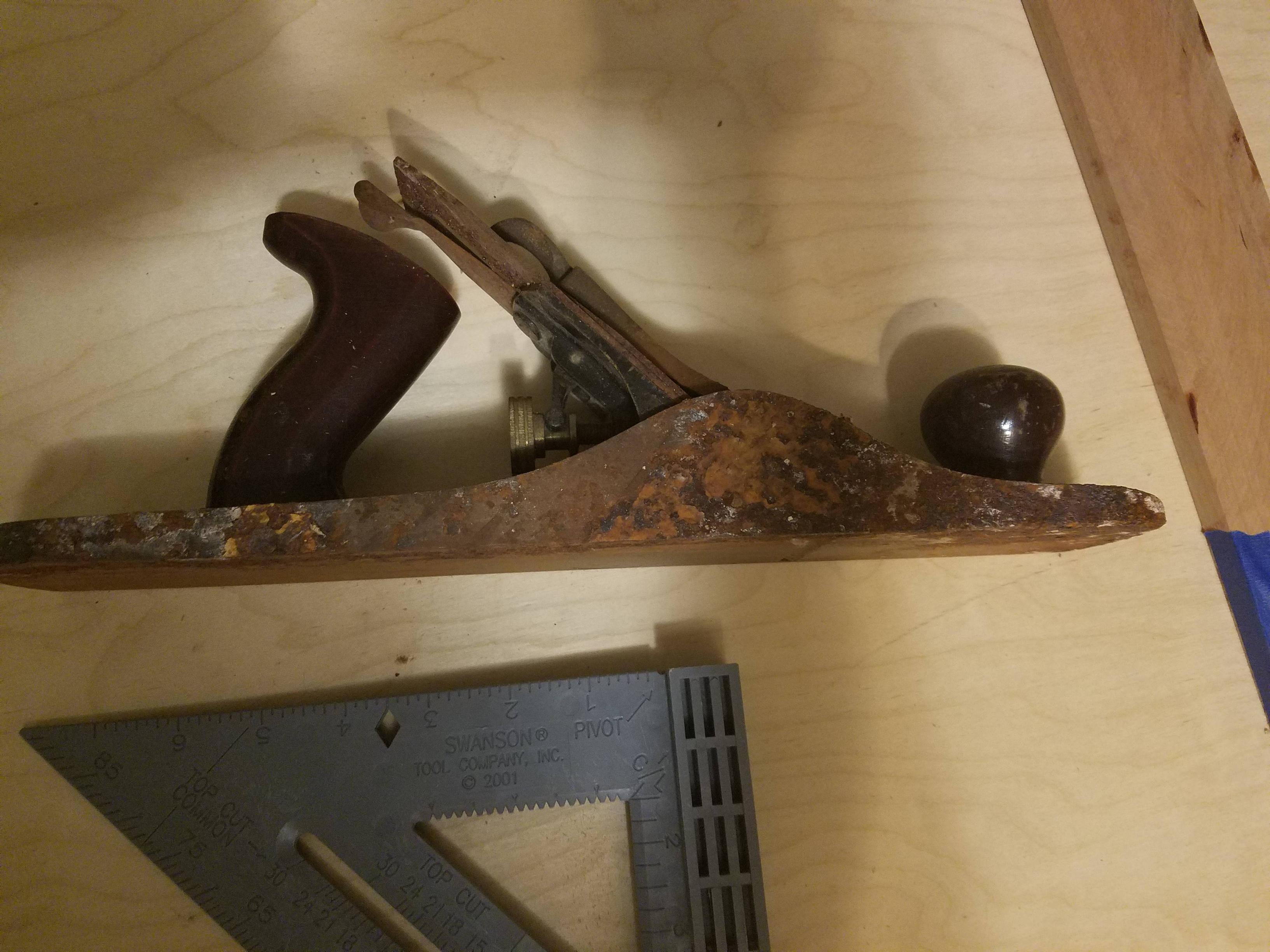 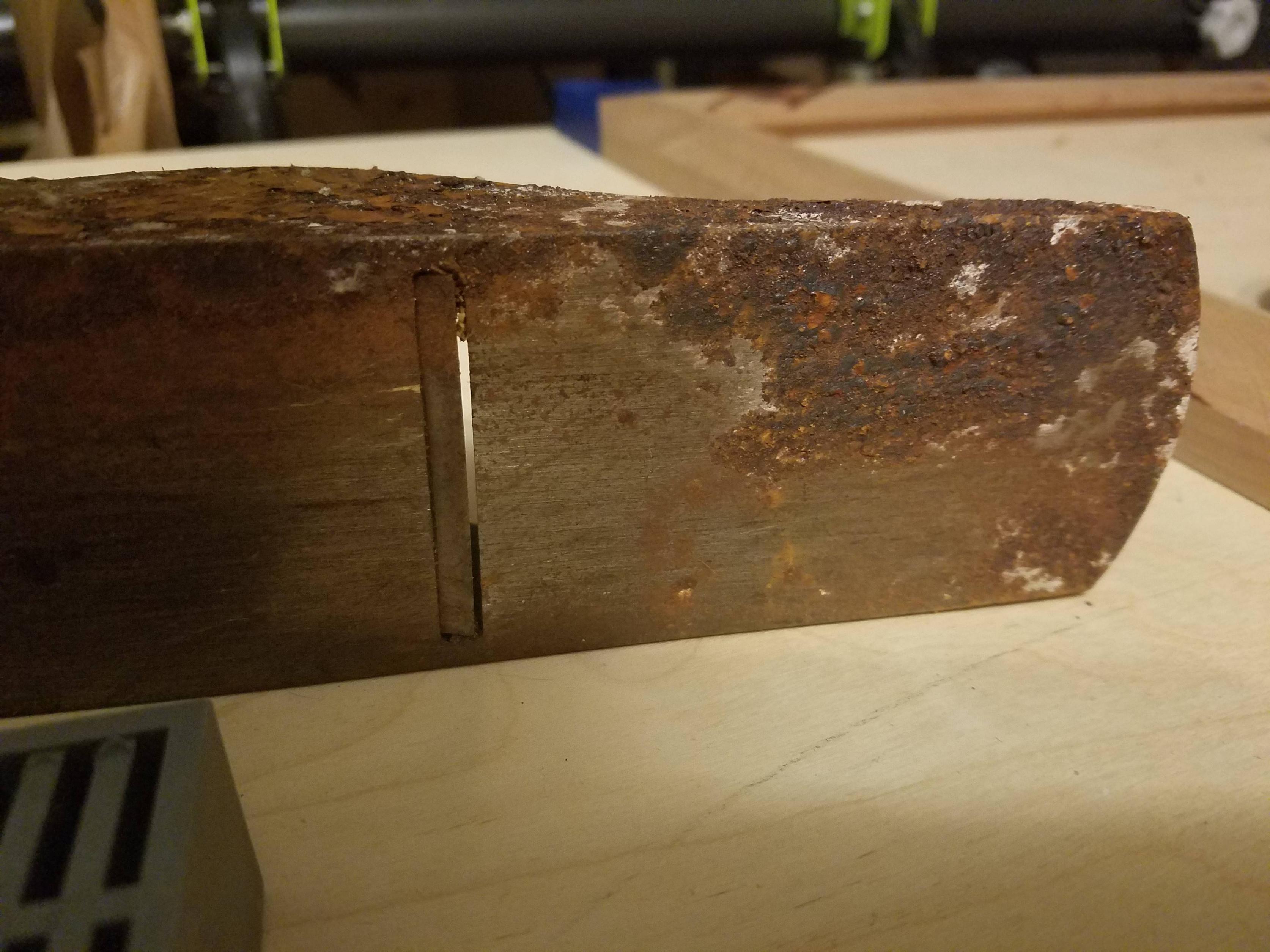 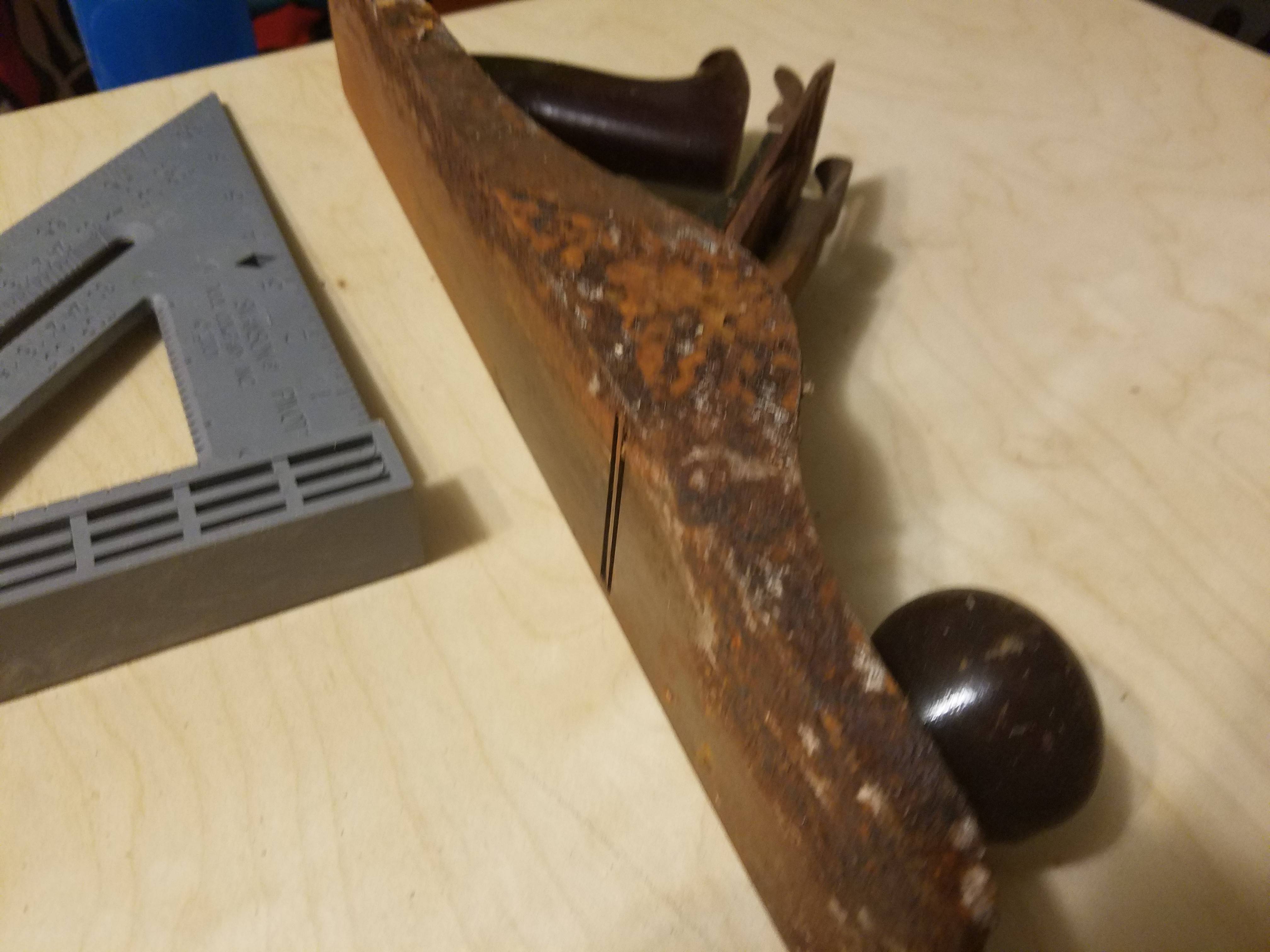 Yes this should be salvageable, and actually quite easily1.

Those heavy patches of rust might look dreadful if you're not used to rusty old tools but planes far rustier than this — completely caked in rust from toe to heel — are regularly turned back into good users.

If you were well practised in restoring planes you could probably put this back to work in literally half an hour, but for a more comprehensive restoration (including steps done purely for cosmetic reasons) you'd be looking at a few hours of work spread over a number of days. Here's just one example showing before and after, to illustrate the kind of impressive transformation that's possible if you put more work into a restoration: 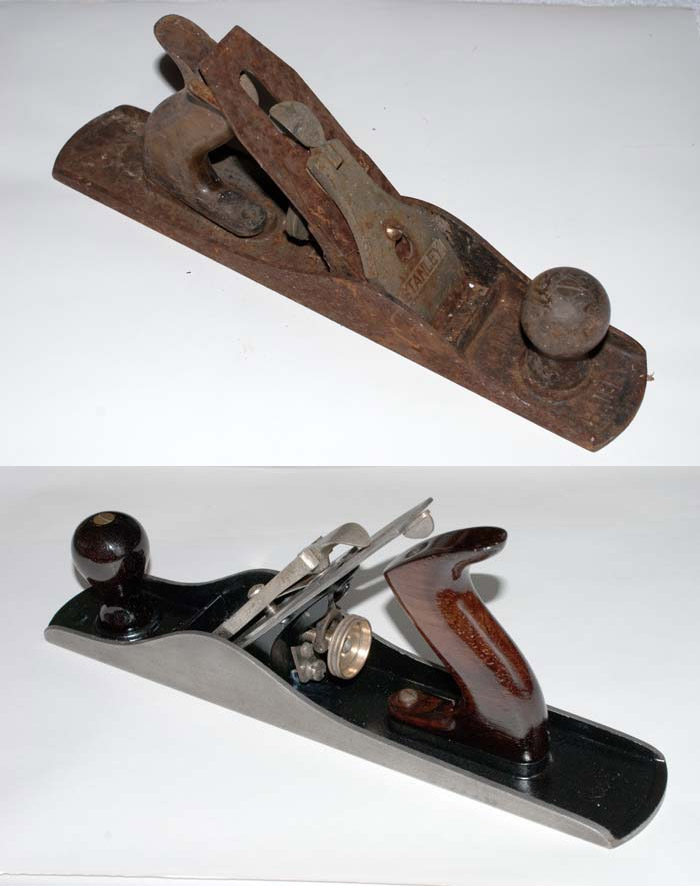 After the rust is gone
Once rust gets as heavy as it appears to be in areas on the body of your Defiance it's likely that after removal some pitting will remain, and in some patches the pits may be deep. But don't worry too much about that. While pitting is unsightly most doesn't impact function, and on the body casting pitting can even be severe and still not affect use in any way.

Where pitting is most definitely an issue is on the irons but I think you're in luck because it appears not much rust is going on up top, making pitting on those unlikely2.

1Each plane is its own challenge though, there are no guarantees. While there's always a chance you'll find a seized screw they're relatively rare and other than the patches of heavy rust on the body casting your Defiance seems to have escaped neglect relatively unscathed with only powdery surface rust elsewhere.

2And if you do find pitting on the cutter and cap iron/chipbreaker it can usually be dealt with, just takes a bit more time.

Not the answer you're looking for? Browse other questions tagged hand-tools tool-repair or ask your own question.

7
Is a broken handle on a hand plane fixable?
6
Can I repair this bent part in my thickness planer?
6
Fettling a hand plane
6
hand plane controls (bevel down)
5
What kind of plane is this?
8
Can a bad mouth plane be saved?
4
Help me identify this hand plane
2
Broken plane sole - any fix?
2
What tool is this?