Thinking about attaching a workbench tabletop (800mm x 600mm) made out of a 40mm oak panel (or probably 2 20mm oak panels glued together if I cannot find a 40mm one) like on the image below with buttons made of 2 glued layers of 21mm plywood (the workbench legs and apron will be out of CNC-cut plywood, so making the buttons out of the same plywood makes sense)

How tight should the buttons fit into the slots? If I make 20mm slots for 21mm thick buttons will this be too tight for the buttons to move as the tabletop expands/contracts?

Should the slots in the apron be positioned such as to make the top of the buttons a bit lower than the under surface of the tabletop to press the tabletop tight against the aprons? How much lower?

How much movement both along and across the tabletop should I expect max with this tabletop size? (to size the button slots in the apron) 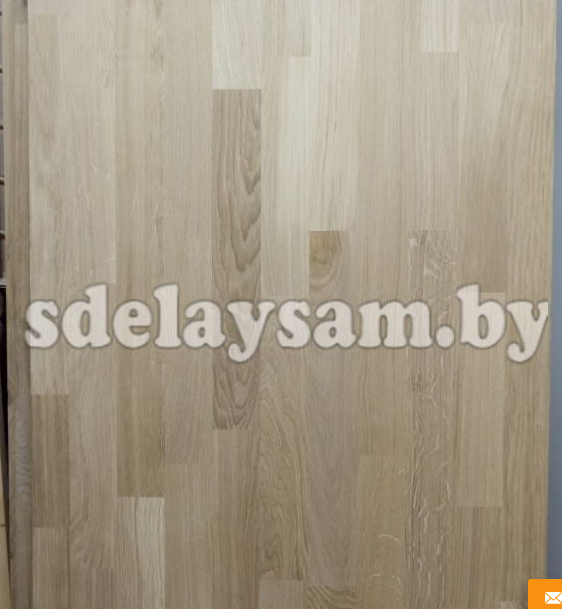 How tight should the buttons fit into the slots?

Not critical and it should be noted that it's partly based on the length of the 'tongue' on the button and how the button is installed (your next query).

Traditionally the button is supposed to have some play, and as long as they don't easily slip out that'll do, and at the other extreme they shouldn't be a tight sliding fit (like a tenon in its corresponding mortise).

Should the slots in the apron be positioned such as to make the top of the buttons a bit lower than the under surface of the tabletop to press the tabletop tight against the aprons?

Yes ideally although as long as they act to pull the tabletop down tight to the apron I don't think it's vital (because many people, including numerous pros, don't do it this way and don't appear to have problems). However, some older guides specifically emphasise the buttons shouldn't sit flat against the underside of the table when fitted, but should instead angle up slightly as seen in these photos:

Remember these are all upside down, the buttons will angle up from the apron when the table is upright.

How much movement both along and across the tabletop should I expect max with this tabletop size?

How much this top will move can't be stated with confidence because it depends on unknown variables, one of the main ones being the maximum and minimum moisture content (MC) the wood will get to, which can only be guessed at. In addition the grain orientation in all the various pieces the top will be glued up from is important — at best most of the pieces could be quarter-sawn or rift-sawn (note: exceedingly unlikely!) so expansion during the wettest months would be towards the minimum, and at worst every piece could be flat-sawn so expansion could be the maximum possible for the species. In reality there tends to be a random distribution of grain orientations in the pieces used in factory-assembled panels like this (as seen in the sample image you posted), so the real figure will almost certainly fall between these two extremes.

Since you can't know in advance how much movement there will be just allow for the most movement there might be (this is always best practice) and then you're safe no matter how damp the conditions get and for how long, all the way to 100% humidity sustained for months during a long, hot, summer with no air conditioning.

So make the slots excessively long, e.g. double the width of the button, or even a bit longer, and you'll never need to worry about it.

Not the answer you're looking for? Browse other questions tagged wood-movement tabletop workbench or ask your own question.