I have been considering creating a set of gaming dice.

The problem is I have no idea what would be a good way for getting the dimensions/sides even.

Please provide an example of the best way to do this using the 20 sided die as an example.

There are five regular polyhedrons made of equilateral triangular faces, square faces or regular pentagonal faces.

They can all be created without ever constructing any of the component polygons. The trick is in knowing the angle between the faces (known as dihedral angles) and then setting your saw blade to the appropriate angle and your miter gauge to the appropriate plane angle (or its complement) associated with each poylgon.

Easier said than done, but certainly requiring some sort of fixtures or jigs to pull off.

The respective angles are:

If you entertaining thoughts of creating a fair die, the angles must be accurate. However, as noted in comments, a wooden fair die is unlikely to stay fair very long.

Please provide an example of the best way to do this using the 20 sided die as an example.

This particular request is absolutely the most difficult of the 5 because at some time you will be cutting with your workpiece resting on a relatively small triangular base which is inherently unstable. You will need to devise a fixture that holds the workpiece in such a way that your hands are nowhere close to the saw blade and the workpiece is stable. I would not recommend that anyone other than an experienced woodworker even attempt it.

Even the seemingly easy tetrahedron will undoubtedly have several failures before an acceptable die is cut. I recommend that you master each of the smaller four (even cubes can prove to be a challenge) before entertaining the construction of an icosahedron.

After you cut the dice, you will want to smooth their faces, but as soon as you begin to sand the size of faces will be changed due to the removal of material. If you do not sand exactly parallel to the triangular faces, they will quickly be notably no longer equilateral.

I'm unable to process the mathematics involved, but that doesn't make it an impossible task. You can use it as a foundation to consider one option.

A 20 sided die is an icosahedron. All vertices of the 20 faces lie on the surface of a sphere. This is the foundation of a geodesic dome, but that's only slightly relevant. You should be able to find the math for a single frequency geodesic dome and have the calculations available for this application.

What that means is if you can find a wooden sphere of 5 cm, the above-noted calculations would give you the chord lengths for each "strut" of the geodesic sphere. In your case, the strut length corresponds to the edge of the die faces. The calculator shows 2.628 cm for an edge.

Set an ordinary drawing compass to that measurement and place an arbitrary starting point on the sphere. Mark an arc in the direction of the next vertex. Place the compass center on that arc and create another arc crossing the original starting point and another in the approximate location of the third point. Repeat until you have two arcs at each location. 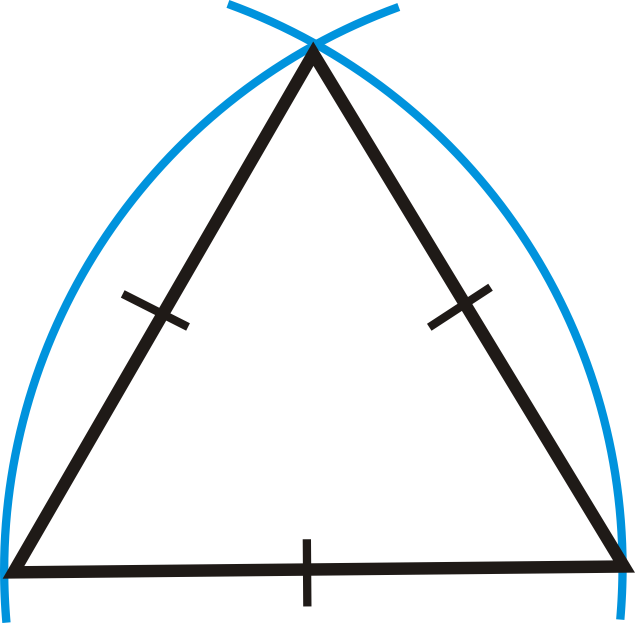 The difference between this triangle and one drawn on flat paper is that the lines connecting them will not be straight, but will be curves along a great circle of the sphere.

It would be challenging to draw straight lines on the curved surface. Consider instead to create clear marks for each vertex.

If the math is correct and the precision of the compass is sufficient, you should be able to pepper the sphere with these points. The progression should result in some points being coincident to previously created points. If not, there's an error. Adjust the compass, erase the previous points and begin again.

I don't think it's going to be easy.

If hand tools are your only resource, you'll want to clamp the sphere in such a way as to place three of the points level to the earth. A hand plane, a file/rasp and sanding blocks applied in a careful manner will allow you to remove the wood that is above the first selected triangle.

Once you've completed one of these 20 faces, reposition the sphere, level the next three points and make sawdust from the ball.

If you have a friend with a machine shop and a CNC milling machine and some CAD/CAM skill, see what he thinks.

A 12 sided die requires regular pentagons, removing the easy compass answer. I would consider to build a pentagon shape in thin plastic to match the math and trace faces on the sphere with that as a template. That method seems more hit-and-miss than a compass and triangles. One can create triangles with a compass that results in a pentagon, if you have the math right and the patience. I found a slideshow presentation for creating pentagons with a compass, but it's for flat areas and would be useful only for creating a template.

Ten sided dice appear to be unusual in that they are not regular polyhedron shapes. 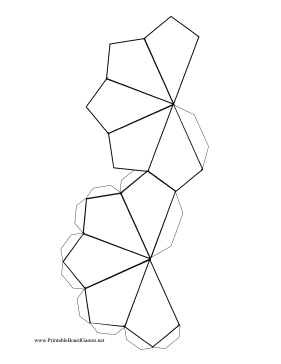 The above image shows the unfolded shape of one such die. It is not even a five sided or six sided regular polyhedron joined together.

I have a laser cutter and would create masks/templates, but create a half-dozen with 1 mm variation and see how well they fit when traced on the ball. It would probably be useful to sand away previous marks for those tests that don't fit until you get to a working template.

I have a mini-mill for flattening the shapes, but the clamping aspect would be insane. It would require a special jig to hold the sphere as the job progressed, removing portions of the ball each time. I suppose that once you get a pair of parallel faces, things would get a bit easier, or maybe not.

Not the answer you're looking for? Browse other questions tagged design cutting or ask your own question.

10
Creating my first wooden gaming table
6
Build a grid out of vertical, thin wood bars
3
What length screw should I use for a computer desk
4
Safest way to cut very small blocks
0
Solid wood furniture faces expand at different rates?
1
Meat Grinder Table Design
0
How to build a stable heavy bag stand for kickboxing?
1
Help me design a support structure