What are these holes in the router base plate for?

I have a Bosch POF 1200 AE router which is nice and I like it. However I do not understand (and could not find on the internet) what are these three additional holes in the base plate.

What are they for? (see red arrows)

The user manual doesn't seem to mention them. 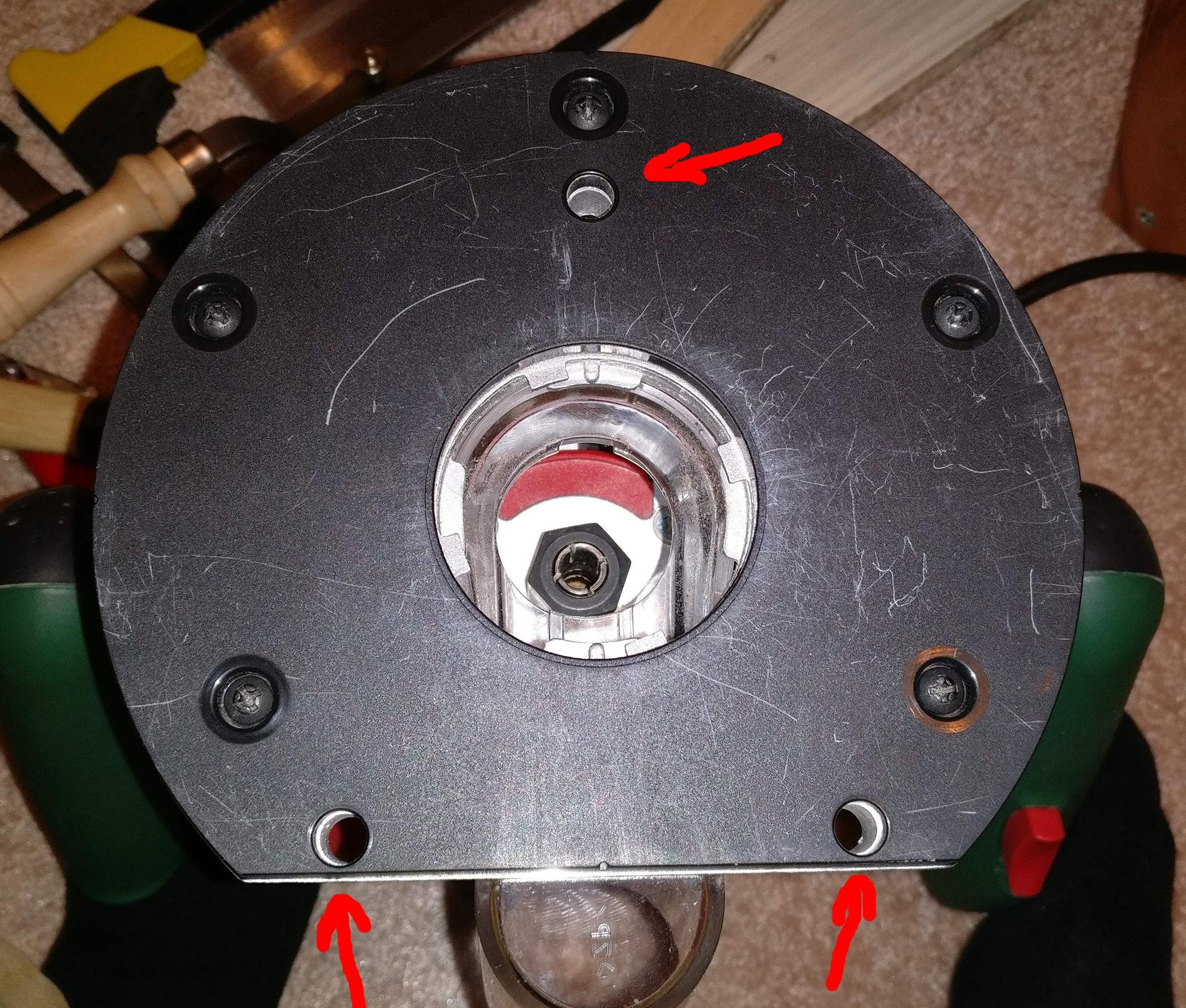 the holes go up to the other side 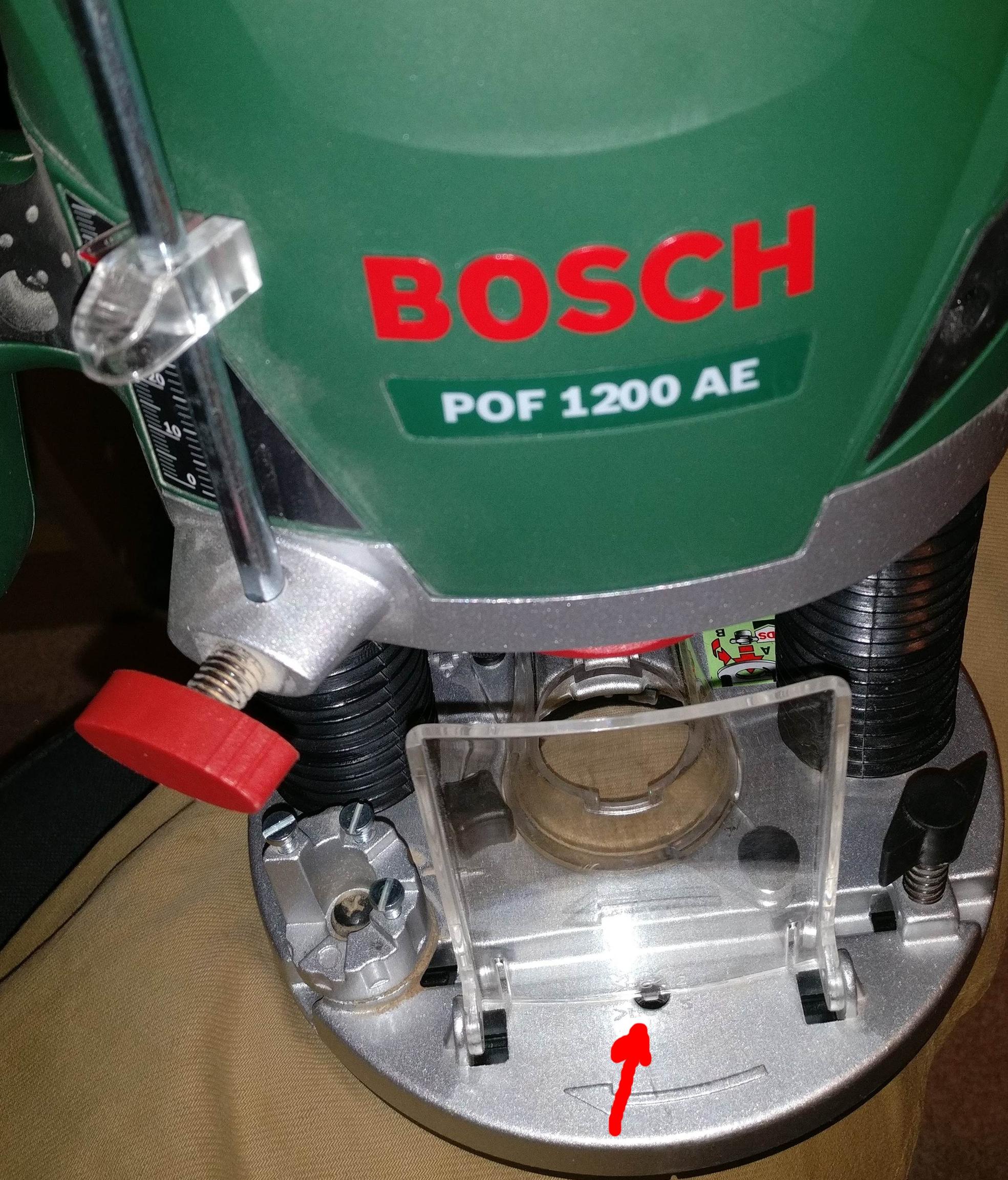 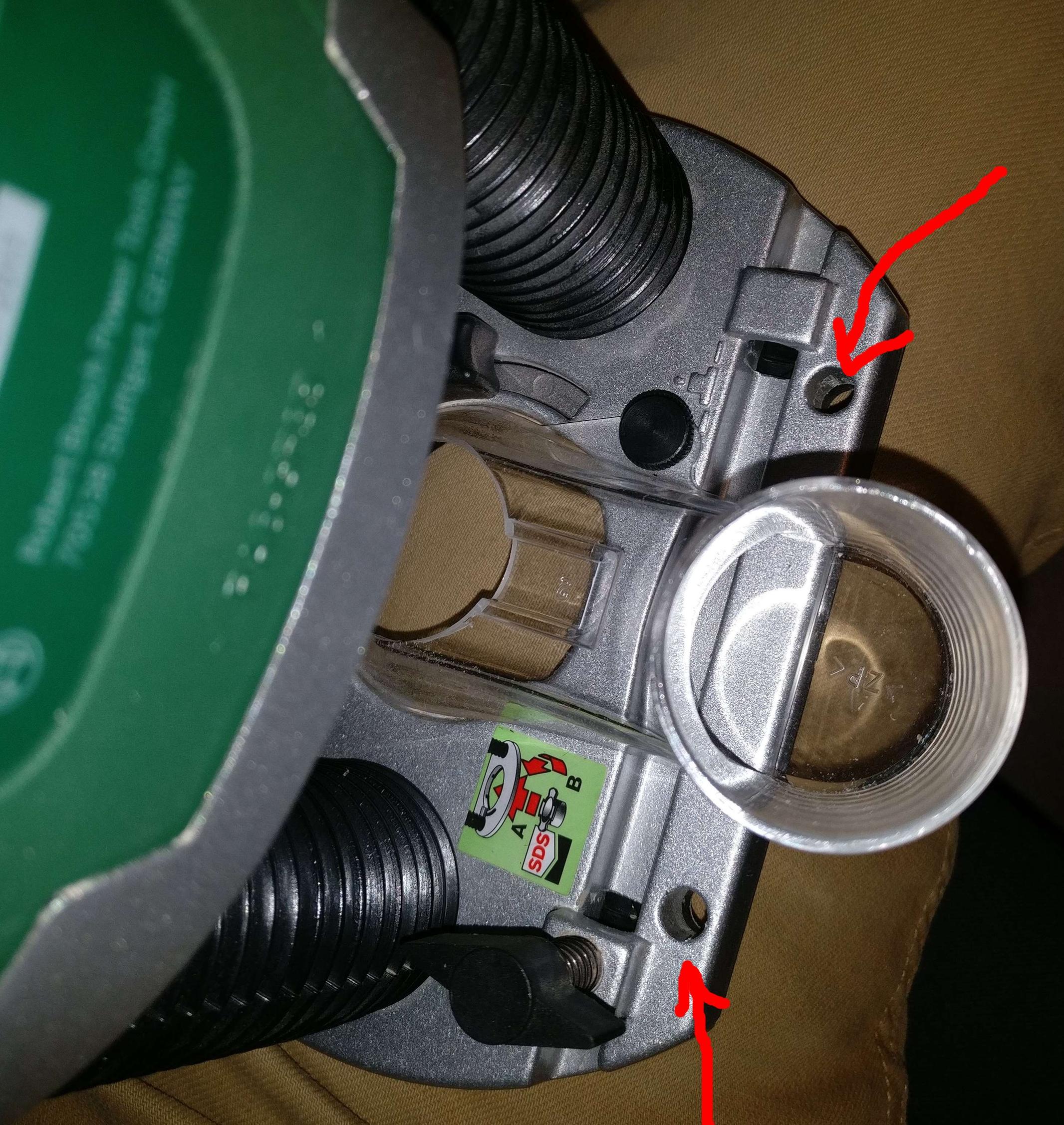 It's so that you can screw other stuff to the base. This might be official attachments (some manufacturers make these for doing things like cutting out certain shapes etc.) or it might be some kind of self-made guide jig for example. It can also allow you to fix the router into a "router table" setup or similar. Basically any time you want to fix something to your baseplate or attach your router to some fixture.

An example of this might be for cutting out large circles or ellipses, like this ellipse jig which fixes to a board and also to the router base: 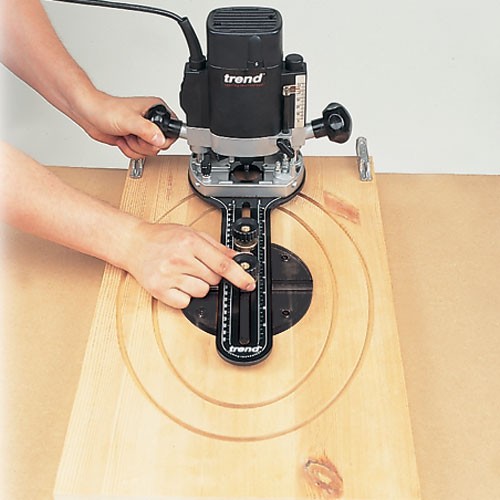 (This particular one is from here and there are also other kinds of jig on Trend's site.)

There are also "universal" sub bases sold which look like this one: 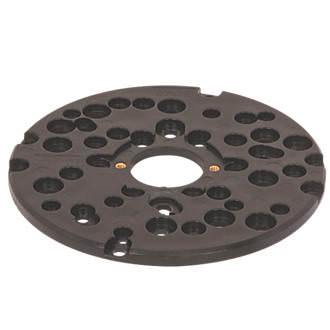 Basically this has holes in just about every combination you could ever need, in order to find the right holes for your router and for a particular attachment. In this way you can often make jigs and attachments which were made for (for example) a Makita router work with a Bosch router and so on.

Sometimes these holes are also to attach things to the top of the base such as a dust collar for a vacuum/extraction attachment but in your case you already have one fitted.

8
How can I chamfer thick (1.5") material?
9
How to make exact copy-ring templates?
4
How do i create a really long box joint?
3
Max bit size in Craftsman fixed-base router
1
Why does my router have countersunk holes on its bottom plate?
2
Plunge router base plate has a bit sticking out - why?
9
Tear out when plate making w/ a router
8
How did I bend this router bit? What safety or operating step did I miss?
2
Makita RT0700C plunge base, is the plastic guard detachable?