Is it important to minimize volume of duct in a dust collection system?

The main thing I am asking here is whether it is beneficial to have blast gates that close off as much of the unused dust collection branches as possible. I will already have blast gates closed at the tools at the end of every branch. Is it beneficial to also have a blast gate that closes off an entire unused branch at the point it branches? I'd be closing off about 20 feet of 4" PVC duct. If it will improve performance of the dust collector, is it something where I'll really see a noticeable improvement in dust collection at the tool being used, or is it just a few percent that I probably won't really notice?

I built some blast gates to put on the main branches of my dust collection system. My goal was to close off the entire volume of that branch so the dust collector doesn't have to evacuate its air when I'm trying to use a tool on a different branch. However, I've run into a problem. Long story short, at the location I'd intended to install at one of the blast gates, there is a conduit blocking the path of the gate. I wouldn't be able to close it.

I have some ideas on how I might fix this. I can use a different style of blast gate, or I might be able to scoot the whole main branch over. However, before I go to that trouble, I'm wondering how important these gates actually are. My dust collection has three main branches (simplified for the purpose of this question): the Radial Arm Saw Branch, the Planer Branch, and the duct to the dust collector. My plan was to be able to close off the entire Radial Arm Saw Branch and the entire Planer Branch when those branches aren't in use. One way to fix this is, instead of closing off the entire branch, I could put the gates at the tools themselves.

My gut tells me it won't work as well. If I close off the entire branch, it will be a smaller volume of space for the dust collector to evacuate. But I'm not sure about this. Maybe if the tools on that branch are closed off, it won't really be much more work because no air will be moving along that duct?

Will closing off as much of the unused branches as possible make the dust collector do its job better and collect more dust from the tool that is open? If so, will it be by a noticeable amount? Or will it mostly not matter as long as the branch is closed off at the end?

Here's a diagram of my duct and where I planned on putting the gates. Instead of putting them here, I could just move them closer to the tools. 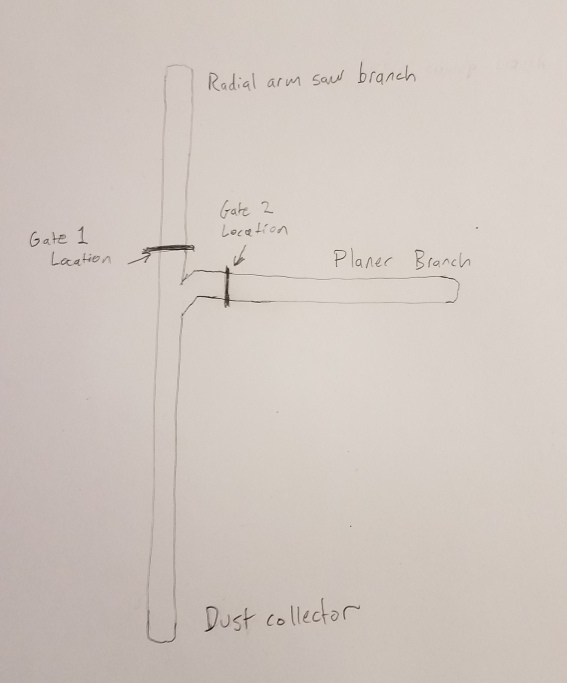 The self-cleaning style blast gates I built. Note that when closed, half of the sliding gate will be above the duct: 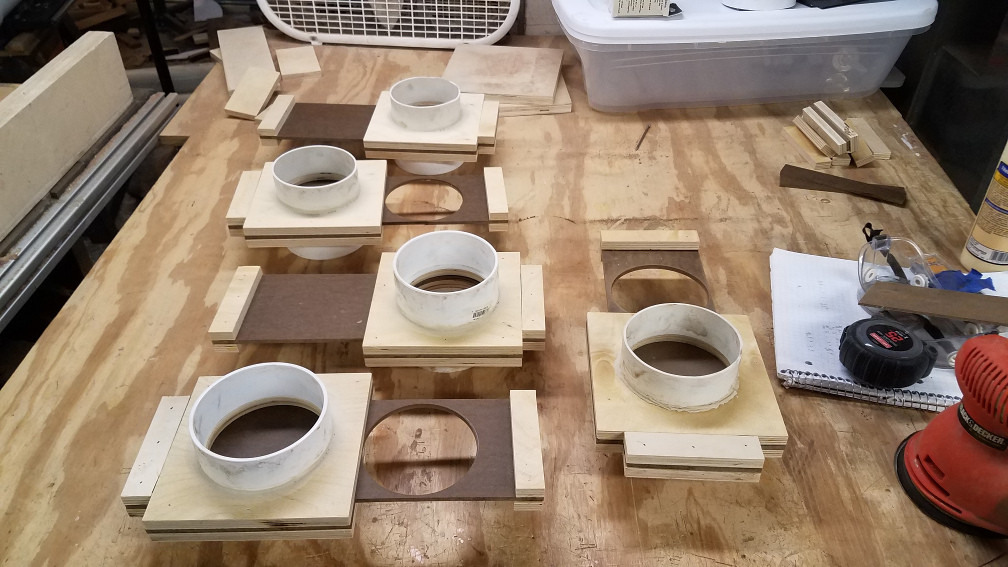 But that won't work as-is, because there is conduit above the duct: 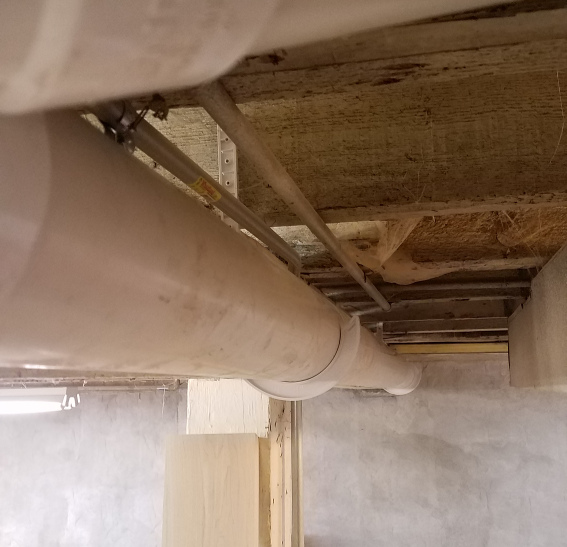 (For the record, I did check for obstructions before I started hanging duct... but I checked at the other end, which is perfectly clear. I didn't check exactly where I wanted the gates. Whoops.)

There is no benefit to reducing the "dead" pipe lengths. That has no impact on the available airflow and pressure drop. The only time this would be a concern is if the branch exited the bottom of the duct and over time dust could settle in this pipe. Then when you opened that blast gate, a slug of material would be sent to the dust collector.

Also, the use of PVC pipe for dust collection is specifically prohibited by NFPA 664 Standard for the Prevention of Fires and Explosions in Wood Processing and Woodworking Facilities due to the build up of static electricity.