Can the finish be different on joined pieces

I'm making a table utilizing plywood as legs and solid ash wood as a tabletop. I plan on lacquering plywood and oiling the tabletop.
1) Should I be wary of oil interacting with lacquer at join line?

2) I need quite strong connection -- the tabletop is cantilevered, so I'm going to glue wood to plywood. My understanding is that I should glue first and finish after - am I right? 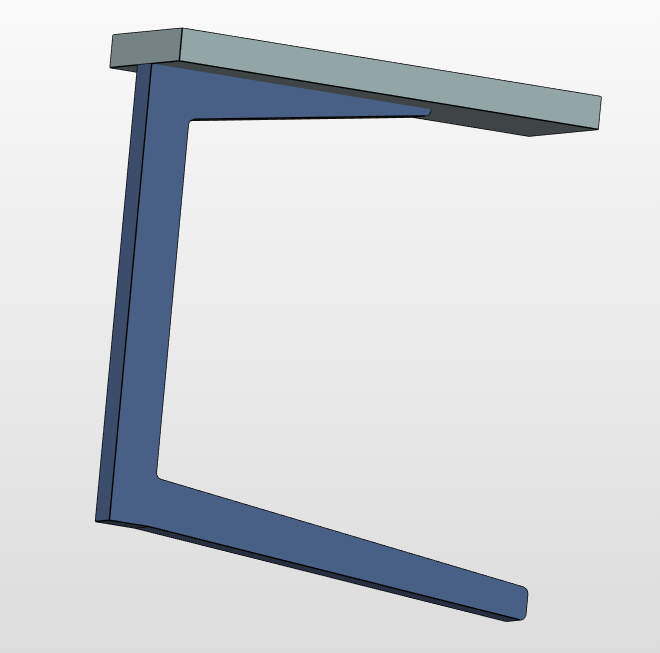 I wouldn't worry about the finish too much. After all, who is going to be peering under the table to see how neat the finish is?

There should be no problem with the interaction, If you oil the lacquer, it will just sit on the surface and eventually be wiped off. If you lacquer the oil, it won't stick very well (so I would lacquer first, and oil after).

What I would be more concerned about, is the strength of the joint. Gluing to end grain is weak, and half of the plywood surface will be end grain.

I suggest putting some screws through the back of the cantilever and into the wood top (being careful not to go too far of course!). The problem with this, is that it will tend to split the plywood; therefor use round-head or pan-head screws, and screw onto a washer (to spread the load further). If you are worried about the visibility of this, you could hide the screw heads in a recess you drill with something that gives a flat-bottomed hole. Pocket screws would be perfect for this.

Alternatively, you could dowel/biscuit-joint the top to the legs. (Belt and braces would be both)

Not the answer you're looking for? Browse other questions tagged finishing glue finish-selection or ask your own question.

7
Dealing with sap on table top
6
Joints for a 3/4in-thick pentagon
8
Gluing plywood to plywood for doll's house floor
4
Attach fastener into glue joint of two face-glued boards
5
Laminating 2" red oak to make 4x4s?
4
Edge joint failure - what is the cause?
1
Would different finishing schedules inside and out spell doom for a bathroom cabinet?
1
Ash, seasoning, and epoxying to aluminium
0
IKEA Gerton (solid beechwood) treatment with mineral oil?
1
Storing Danish oil