What technique is used to give new wood the distressed white color only in cracks and holes?

Have a brand new piece of pine wood and would like to distress in this fashion, as best as possible: 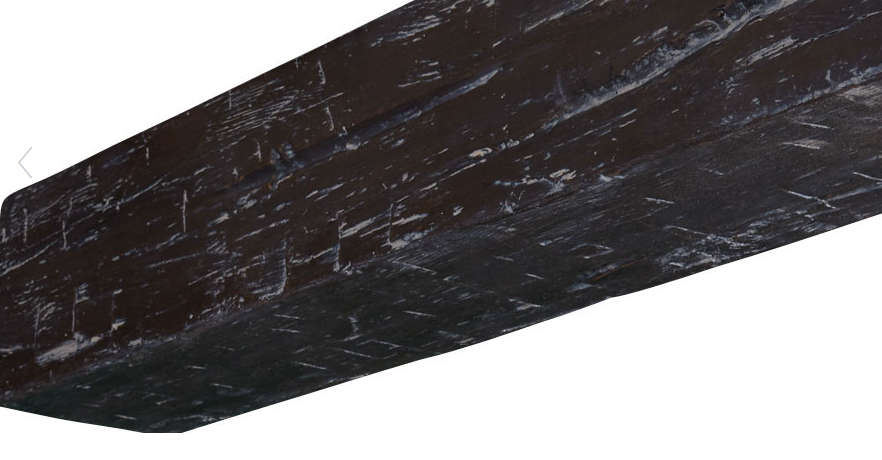 Already made indentations, cracks, cuts and holes and it came out similar to the markings in the image (mainly with the back of a hammer).

However, not sure what to do to get that dusty warn-out white effect - inside the cracks, holes.

Is it is simple as painting the whole thing Chalk White, sanding down all the flat parts, so it is only left in the wholes... and then stain dark Espresso?

Or is there a known method, to create this effect?

Is it is simple as painting the whole thing Chalk White, sanding down all the flat parts, so it is only left in the wholes... and then stain dark Espresso?

No that won't work as the dark stain will colour the white paint to some degree (with chalk paint probably quite a lot). What you want to do is get the wood dark/black, then add the white.

Liming wax
The classic way to achieve what you want is by dyeing the wood and then applying a liming wax (possibly with an intermediate coat of shellac as a sealer). Liming wax is an opaque white wax which you apply liberally so that it fills any depressions, then wipe off in such a way so as to remove it from the flats and high areas and leave it in the low spots.

Examples of the effect this achieves: 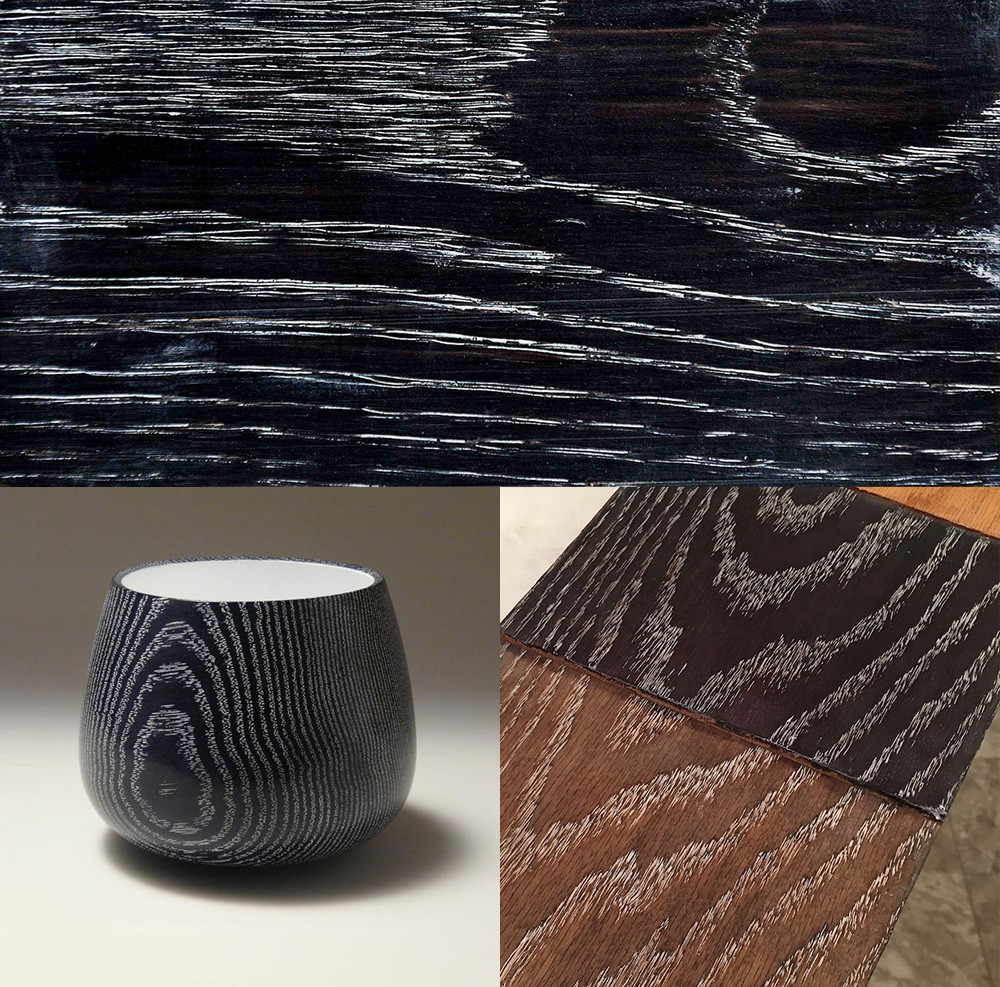 Paint
You can do something similar using white paint, basically using the same technique. It's more difficult to control if you use a waterbased paint because of the fast drying time. Advisable to work small areas at a time, at least initially, unless you're coordinated enough to have a brush in one hand and wiping rags or paper towels in the other and use them sequentially as you work over the surface.

Using an oil-based paint the technique is much more forgiving as you have much longer to apply the paint to a larger surface and then wipe it off. And even if the paint does start to dry before you're done you can very lightly dampen the wiping material with mineral spirits (UK: white spirit) which will dissolve the partially dried paint and allow you to continue.

It probably goes without saying that this works out significantly cheaper using paint than using a proprietary wax mixture.

But one thing that's not as obvious is that on anything that needs to take handling or will be rubbed against the liming wax slowly wears away and has to be reapplied periodically to regain the original look, it's not too bad as it's usually after some years but paint is much more durable than wax so using paint the effect could be essentially permanent.

6
How to accelerate pine ageing