Best way to make a small detachable ramp on a dog house?

I hope you guys bear with me on this as it's a little bit of a silly project. I'm mainly doing it to practice some joinery. My aunt has a Pomeranian and she's wanting me to make something better for him than a blanket on the floor.

They have a lot of beach themed stuff, so my thought was to make a little indoor dog house that looks like a beach house. Beach houses tend to be up on stilts, so you can park underneath and it won't flood. I'm going to do the framing with 2"x2". I plan to have it 2' square at the outside. I will have a floor downstairs that has a little built in food and water dish. Upstairs will be a pad for sleeping on and a little fan in the ceiling they can turn on if he's warm.

My issue is that the dog is scared of steps and while he can mount them, he's typically scared to. He'll stand at the bottom and bark till someone carries him up them. In this vain I want to build a ramp. It'll need to rise ~2' from the floor to the level of the second floor. I'm figuring all measurement based on him plus clearance. he's roughly 8" wide when his hair is grown out, so I figure the ramp will be 12" wide.

I plan to attach safety rails and I've figured them out already. I'm also going to add grip tape to the ramp. I think it'll give solid traction and make it look like a boardwalk. My current plan is to use the some triple-ply plywood as the ramp. I figured I could use a flat hinge at each point where bends. That way, instead of trying to get the angles perfect, it'll just go where it needs. I thought to support it, I could cut a 6" piece of the 2"x2" and drill a hole through it's center and the vertical leg. Then run a bolt through to the other side to secure it. The platforms at the top bottom and corner would rest on these.

I would permanently attach these to the dog house, but my fear is that this is going to be almost 3' wide exactly. Most exterior doors are 3' and at best it'll probably scrape the door or the house. If the ramp was only on one side, it wouldn't be an issue, but due to his small stature and the rise, I think I need to use two sides to give the ramp a gentler rise. I'm also not in love with the way I want to attach it, since it will look bad. I could possibly use an L-bracket, but I don't want it to stand out and I think removing the screws too often would bore the holes out over time. I will be painting the frame, probably white, so I could cover something like that.

I just haven't had anything hit me. Do you guys know of a good way to make this ramp and have it detachable? Thanks.

If you want to be able to screw and unscrew it many times, instead of using wood screws, use threaded inserts in the main structure and use machine screws to hold the ramp to it.

Personally, I would have a little 'door jab' across the door into it, maybe a 2x2. then on the end of the ramp have two hooks that hook over the 2 x 2.

it makes installation and removal easy. 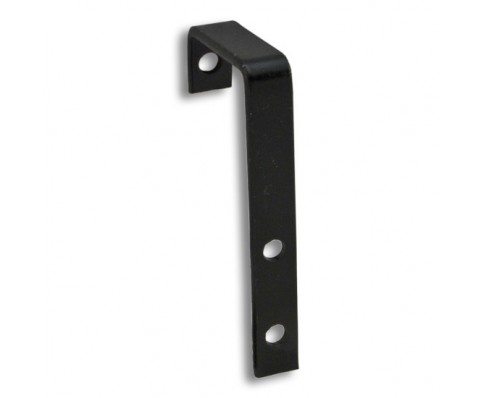 I think it might be easier if you draw a facsimile of what you want.

Obviously, for good reason, you don't want to use screws but could you use some washers and bolts to keep is secure? If the ramps have a small frame which the plywood sits on you could conceivably hide them underneath on the frame with the plywood on top.

In theory, it would make for a sturdy, detachable construct. Should also help prevent long term wear.

6
Are drain holes in a wooden bird house necessary, and if so, what's the best way to make them?
5
Stabilizing thin boards, with trim, vertically on a router table
9
What's the best joint when exposing to weather (specifically for a beehive box)
5
Best way to apply stain
4
Mortise and Tenon for shed wall framing
0
How to make small wooden toy pieces
3
Loft bed design
2
Is this frame design sturdy enough for a window seat?
3
Best way to hide counter sunk screws
5
Options for attaching bed legs at an angle