So, I'm pretty new to woodwork but ambitious. I have an ugly wardrobe space I want to turn into a walk in. So the plan is to pull down the plasterboard wall, create a new one at the end of the sloping roof and put a door in it. Et voila, walk in. That part should be pretty straight forward, find the studs, build a frame, attach some plasterboard:- 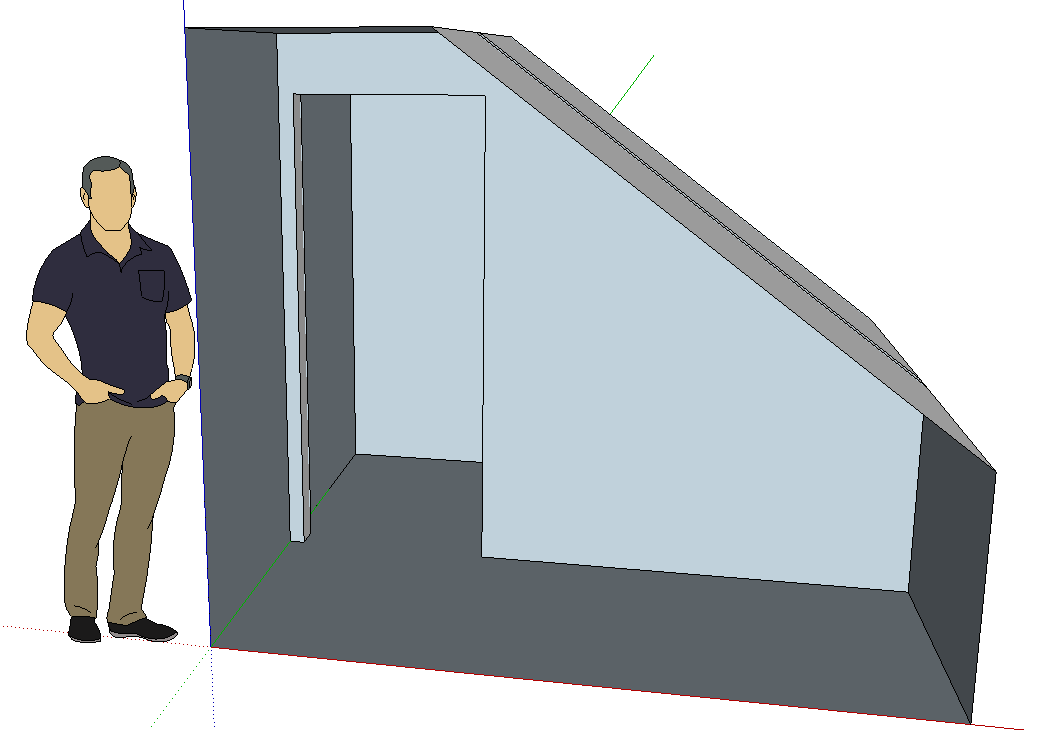 Using this space, I want to build loads of storage. I would like to know if there's anything I'm overlooking before pulling down walls. firstly, there'll be a space where the wall was, what's the best way of covering that on the roof end? A thin layer of ply, replace the whole inside roof?!:- 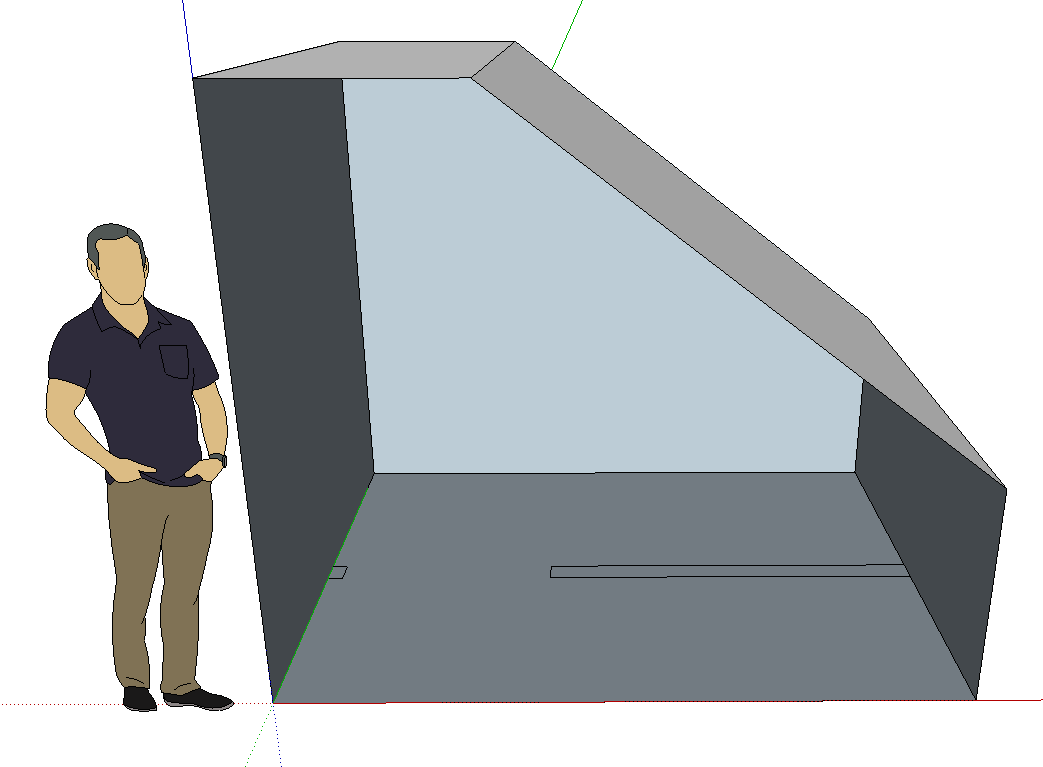 Secondly, I have a storage plan (see last image, although that inside left board needs moved out and obviously the drawers & cupboard on the right wont be hollow). I figure some MDF (or something of better quality if I can figure that out). What is the best way to support all of these? Is it the same with the wall? Find studs and build support beams that I fix to? 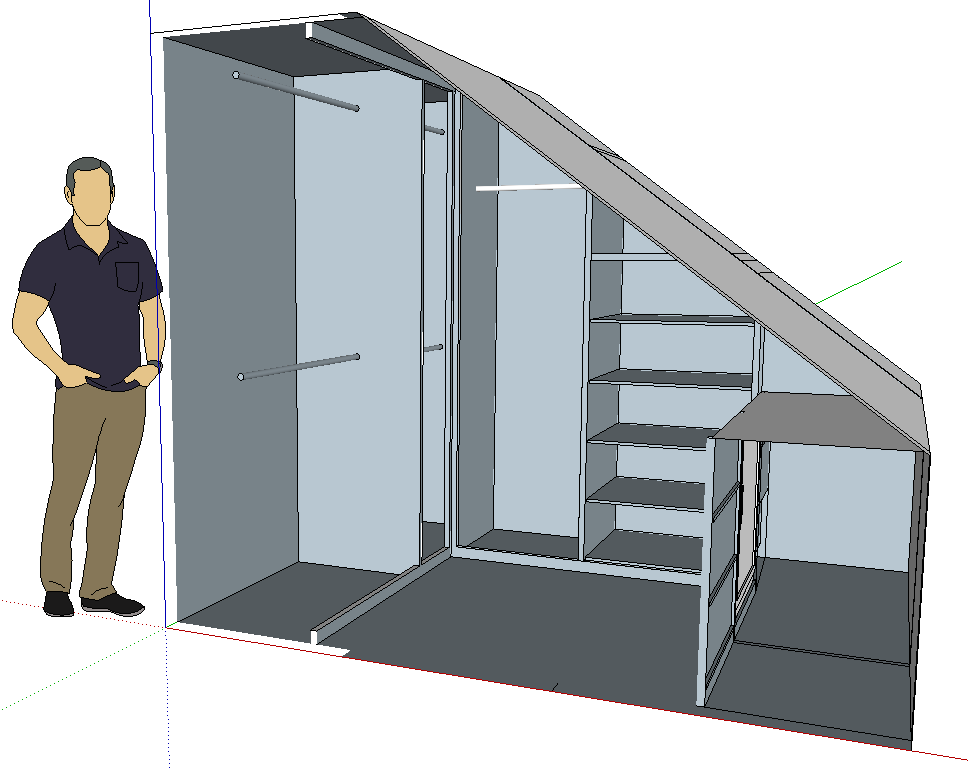 I've did a fair amount of online research but support beams never seem to be mentioned and I can't see how it would all be stable on it's own. Are there any concerns I've missed?

I'll also be throwing low heat lights up in all compartments and on the flat roof part at the top but that's not too complicated. Ventalation is another concern but probably beyond the scope of a Woodworking site.

I would recommend constructing the center and right pieces as freestanding cabinets. that are built in your shop space and moved to position completed. That way they will have internal structural integrity adequate to support clothing and accessories. (Make sure they can be moved up stairs and along corridor turns before you build them). The hanging area at the left may not need to be a cabinet requiring only the dividing wall to support the rods. You can anchor the dividing panel at the top, bottom, and left (back) using wood cleats to create a track into which the panel is framed. Since you are exposing the roof rafters you can position 2x4 blocking flush with the bottom of the rafters wherever needed to anchor your cabinets and panels. The existing flooring should be adequate to support any loads from clothing and other common items stored in a closet.

(Off topic recommendation: If you add insulation in the roof cavity, make sure there is a 1" airspace between the top of the insulation and the roof deck above to avoid trapping moisture against the deck.)

Not the answer you're looking for? Browse other questions tagged technique stability installation or ask your own question.

1
How do I select wood types for a walk in wardrobe?