I was wondering what type of filler I should use to obtain a clear coat that will fill the indents obtained after burning wood (see image attached) such that the two surfaces are flat (I'll probably scrape the surfaces so they are even). I was thinking epoxy but I am not sure that will give me the clear coat I am looking to obtain, does anyone have any experience with this? Some lines are burned deeper than others and the piece is approximately 2.5in x 2.5in- This is my first time using a wood burning pen so I am still learning. 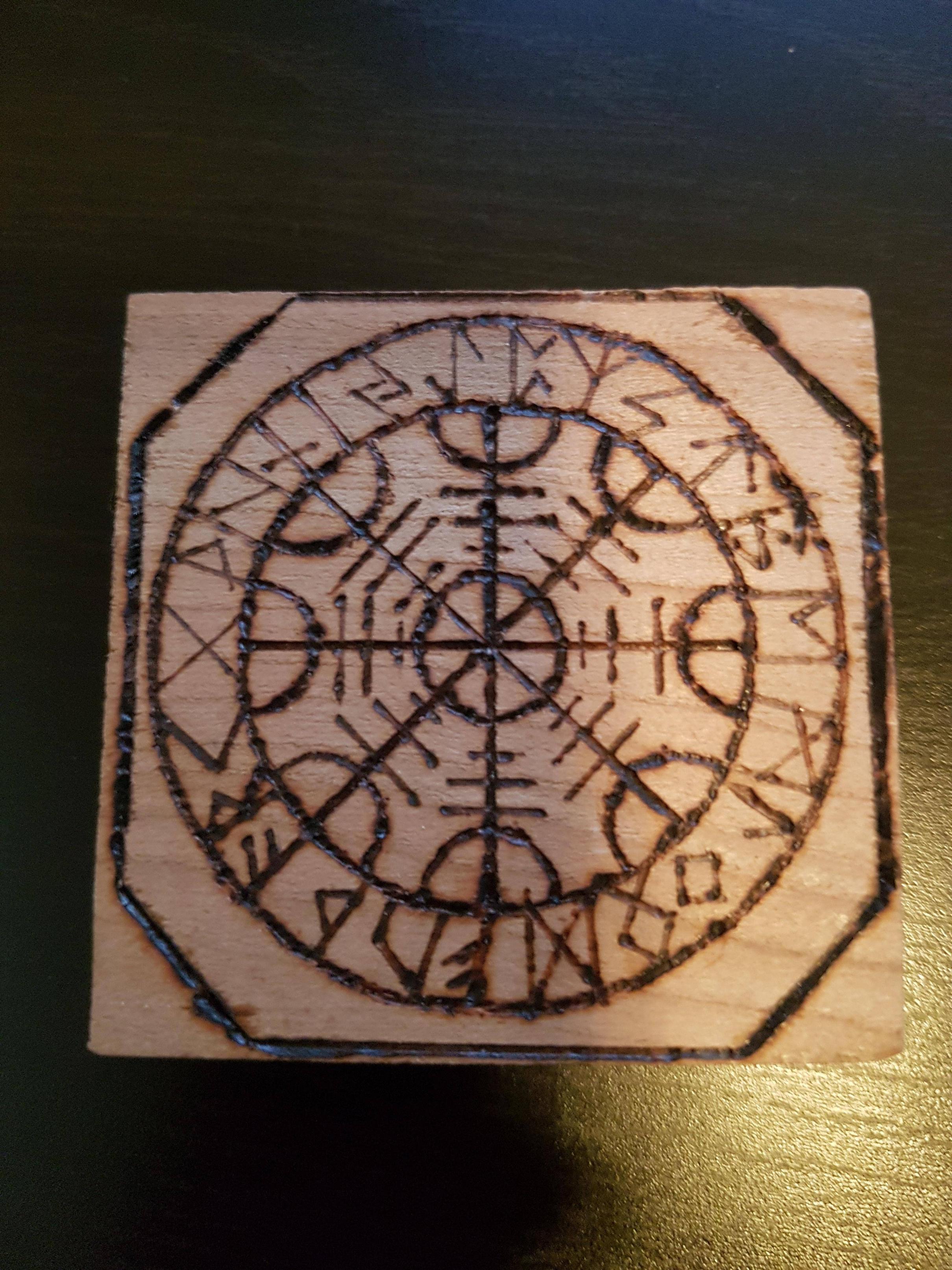 You can certainly do this with epoxy but you could use shellac or varnish to achieve the same end, just a little more slowly*. You could probably do this quite well with a spray lacquer too, depending on what's available to you locally.

You're probably not thinking of the long term on this piece but one thing to note for the future is that epoxy does degrade with UV exposure and once it starts to fail (by becoming yellower and/or going cloudy) it is practically impossible to remove without sanding it from the surface. Even though varnishes, polyurethane in particular, are hard to remove as far as regular wood finishes go (being very insoluble once fully cured) they can still be attacked by the right solvents in certain chemical strippers so if needed they can be completely removed without damage to the underlying wood.

Shellac and some true lacquers remain soluble in their original solvents indefinitely so there's no issue with either of them.

*Perhaps four coats of varnish applied at full strength will build up sufficient thickness here, but this depends on the viscosity of the varnish being used. With some varnishes (generally cheaper ones) expect it to take more, as many as 6-7, which could take you a week to apply with one day's drying time between coats.

After that the varnish needs to fully 'dry' (cure) until it achieves its final hardness, which takes a further week or so.

19
What is the difference between "curing" and "drying"?

3
Finish Sanding before or after wood burning in a design
0
What finish most closely resembles the look after wiping mineral spirits on wood?