How should I affix and refinforce these butt joints?

I'm making a shoe bench in a similar style to the Nelson Platform Bench. Not that there aren't other differences in my design but the "real thing" has mitre-joined legs.

I went with a butt joint, all based around a 5° cut. It was easy to cut, and the main legs can transfer most of the load directly to the ground without forcing outward. More than anything this is a shoe bench, and a pretty low one at that. It's not actually going to get sat on much. 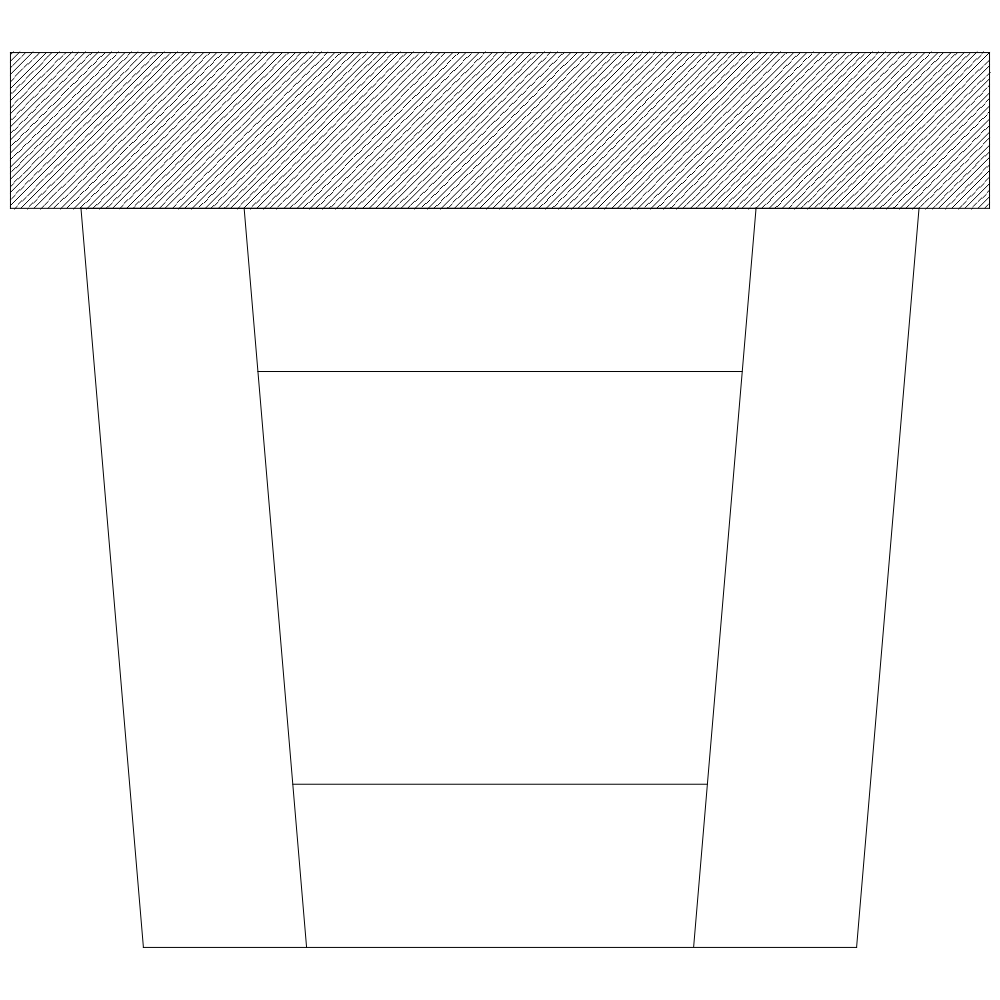 But having reached the assembly table, I'm now having doubts about how to assemble and affix and even possibly reinforce this.

My first thought was pocket screws from underneath the two horizontals, out into the legs. They won't be visible but the complicate attaching to the benchtop.

Dowel/floating-tenon would work but again, it's more complicated than a pocket and I don't believe the a dowel here would see any of the sheering forces they're designed to resist. 90% of the force on this bench goes directly through the vertical legs.

The timber is red grandis.

Although mortise and tenons would be better for strength, I would say glue and pocket screws would be OK. As you say, most of the load is vertical (I just did the trig, it's actually 99.6% of the load is vertical (cos(5deg)). Keep in mind that glue on end grain does not produce a very strong joint. So you definitely want some good pocket screws to help out with that joint. Screwing into end grain is also not very strong so if you can orient your pocket screws to go across grain, and not into end grain, that would be best. In pick below the red lines represent your pocket screws. 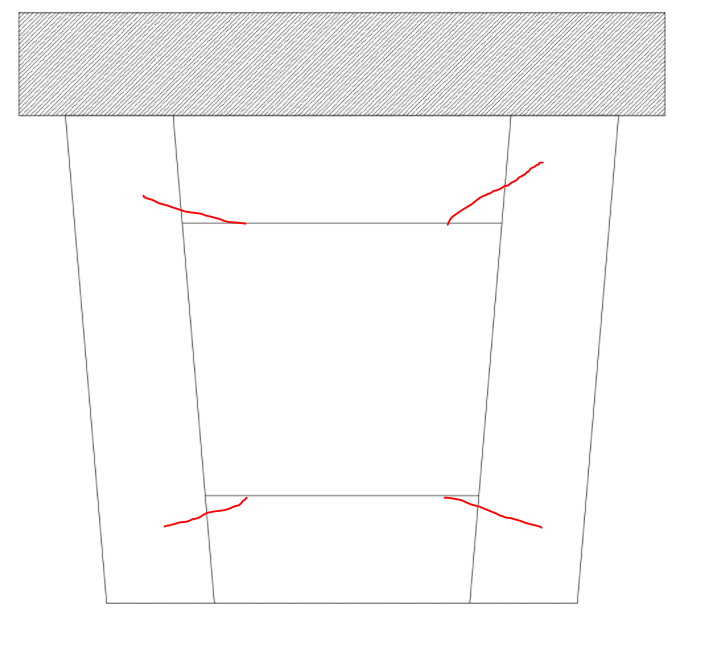 It's likely you can dispense with any reinforcement here and achieve strong enough joints. It's even possible that if this piece were subject to much greater stress you could use glue only.

As mentioned in one or more previous Answers, the known weakness of end-grain glue joints primarily refers to when end grain meets end grain, as in the classic mitre joint. It's not the same when you glue end grain to long grain and tests have shown that done properly end grain | long grain can be strong enough when broken apart to rip fibres from the long-grain surface, indicating that the joint is stronger than the wood which is the gold standard.

However I don't see why you shouldn't reinforce it to be on the safe side. It's far better to add a little extra security (especially if it takes just a few minutes to achieve it) than to worry if you did that one glue joint as well as you could have......

Why not? That's a perfectly good way to go here and simpler than many alternatives, as well as probably being the fastest.

I don't think it's at all necessary to go with mortices and tenons here (or any equivalent/pseudo-equivalent) but, "drastically complicates things" overstates the added difficulty here. It's only very slightly different to normal M&Ts and although you would have to pay close attention during the initial marking out the actual cutting of the joints would be almost the same.

4
Mortise and Tenon for shed wall framing
10
Not-so-obvious disadvantages of butt joints
4
Are these work desk joints strong enough?
2
Reusable Desk design: how to join pieces?
3
Shelves inside cupboard, how to attach to legs?
5
Are mortises with angled walls cut the same way as square mortises (handtools)?
0
Butt joints on both sides on the same piece of wood
0
Strengthening plant stand butt joints
3
How to make a stronger butt joint where two panels meet
2
Mitered Corner with Glue and Pins vs Butt Joint with Glue and Pocket Holes