The Tools used on this cane? 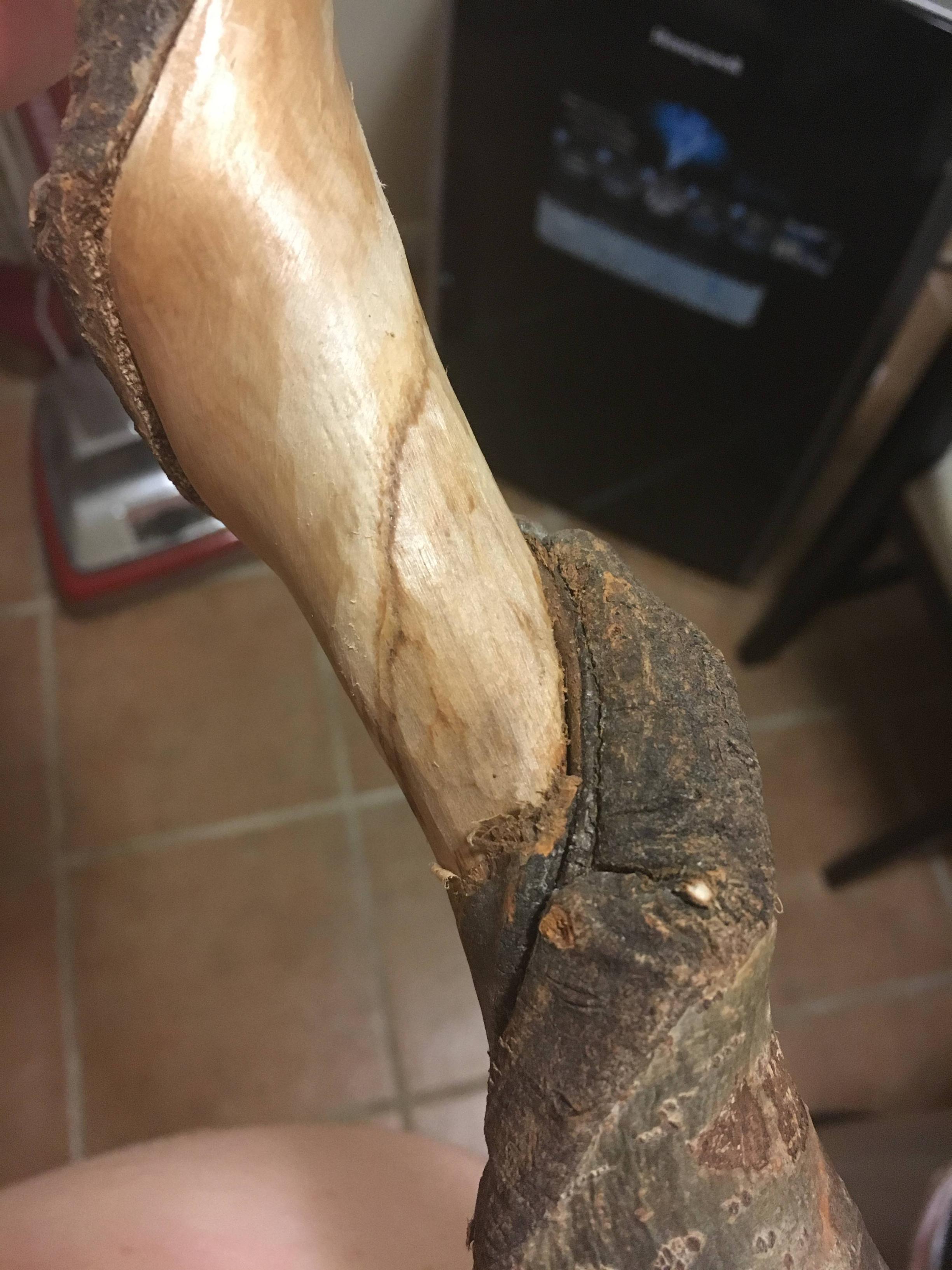 What were the tools used to achieve what was done here? Namely the stripping off of all the bark that used to be over the white-ish parts. Note that the top portion is smooth and sort of transitions into a gradient that seems like it was carved by hand? I also would like to know how the bark was stripped away from the scarred wood so cleanly, I would assume this was not done by hand but I'm no good at this. 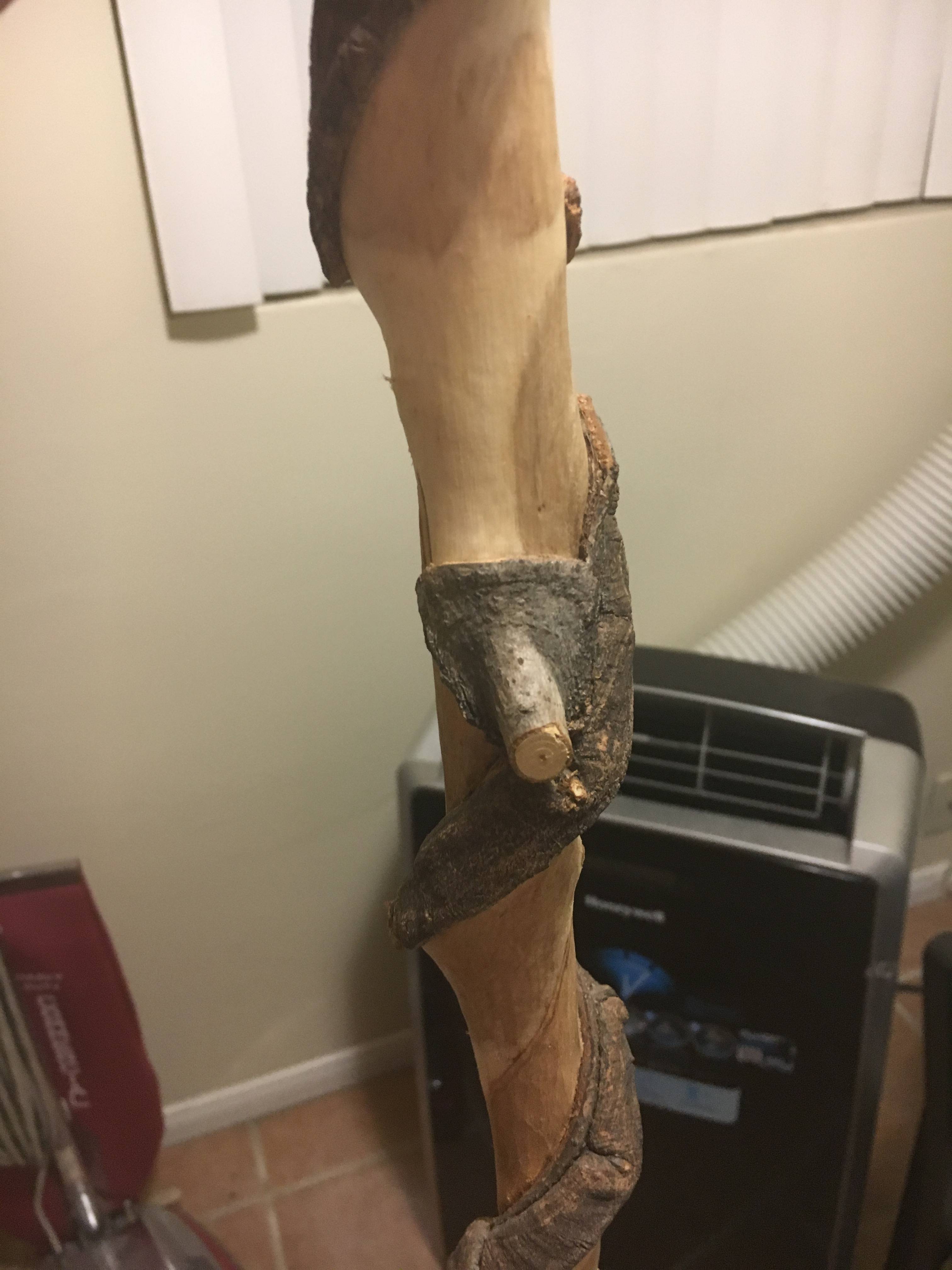 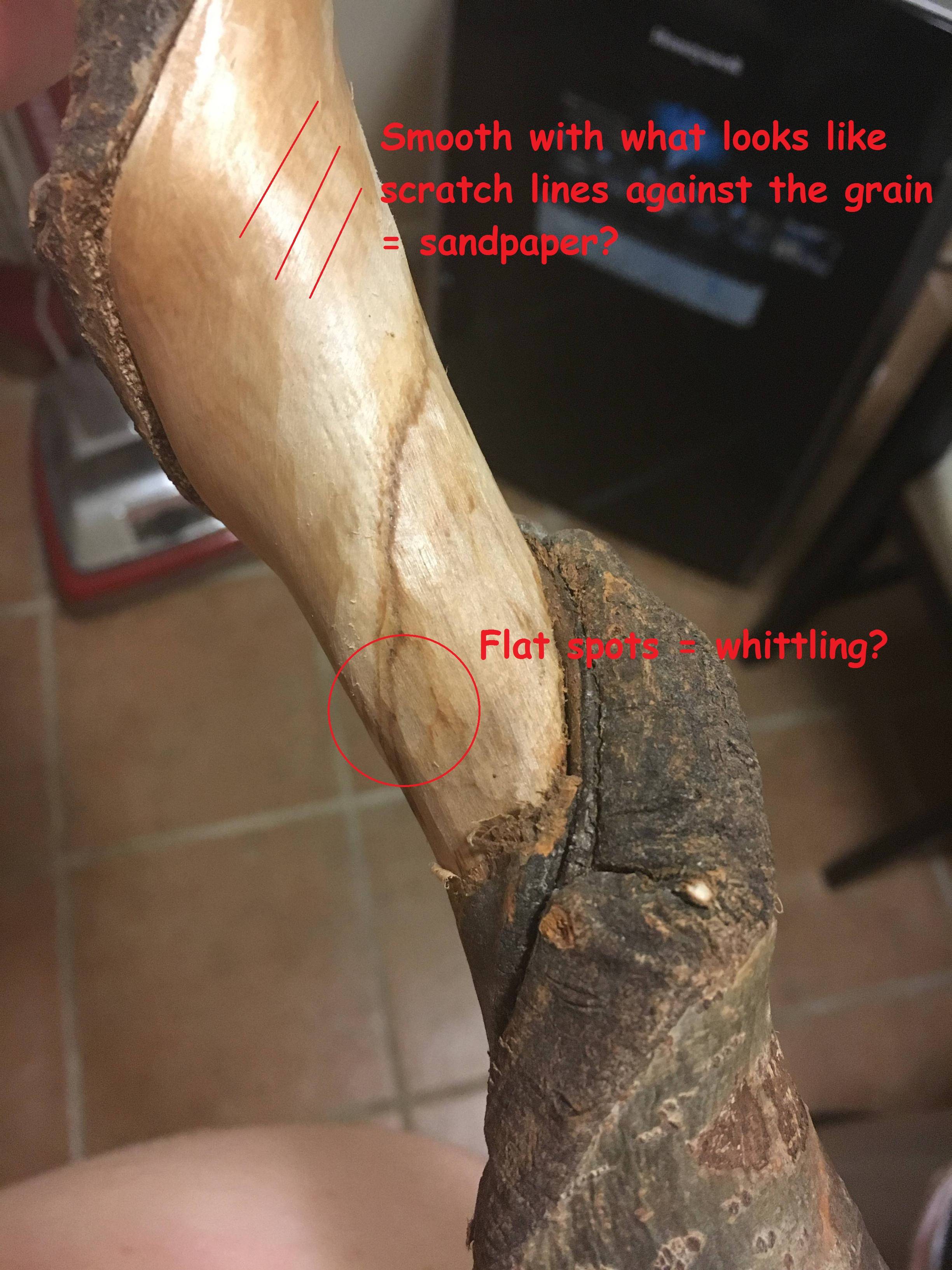 As shown on the picture: the flats in the lower area look like what you get when you whittle with (probably) a knife. I would imagine the whole thing was shaped with a knife before the smoother top area was hand-sanded.

If the bark was removed when the wood was green the maker probably just scraped it off with the backside of a knife. I think this is most likely due the the ragged transition between the bark and the wood. Or it could have been peeled/cut off when the wood was dry. It's not hard to do since the bark is much softer than the wood.

I would be surprised if any power tools were used.

Edit: For the transitions between wood and bark I would score a line with a knife, cutting down to the wood. Then I'd scrape/cut/peel back the bark away from the cut line. Again, this is not hard because the bark is so much softer than the wood. It also looks like the maker followed lines and ridges already in the bark.

9
Pyrography criteria to justify changing tools with different woods?
3
Finish after using chalk paint
5
What kind of a hand saw guide is being used in this video?
10
What is this brace bit cutter tool exactly and how is it used?
6
What is this turning process on the woodworking Wikipedia page?
4
Is there a name for this particular cutting tool used by people needing to cut into walls to fix things inside?
2
I have 3 carving tools and do not know what they are used for
1
Can anyone explain how this plane could be used?