is it ok to tighten a router bit so the bottom is flush with the bottom of the collet?

I made a router table out of pretty thick plywood. 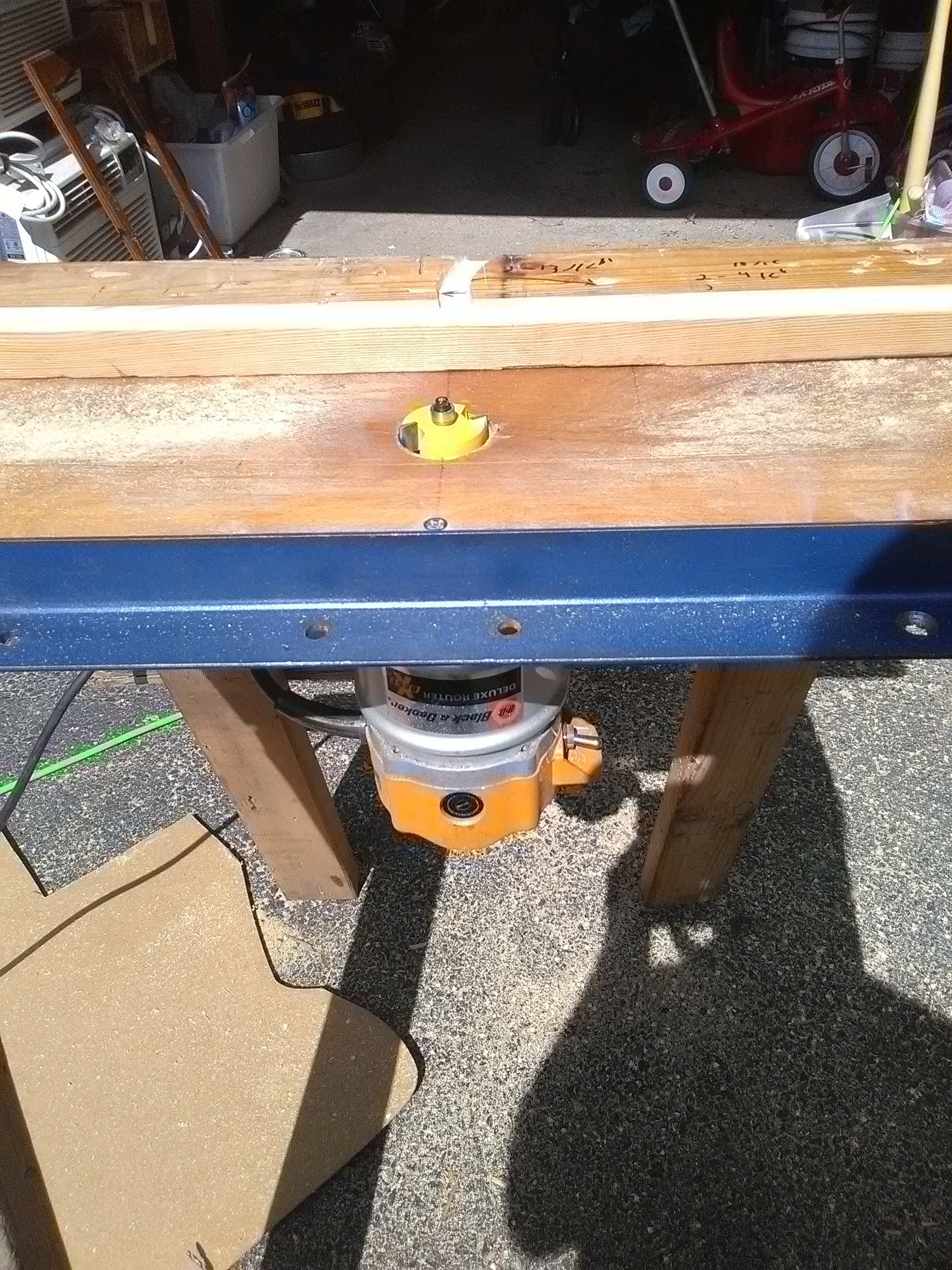 Because of this I need to stick the router bit at the top of the collet to get it to clear the table. 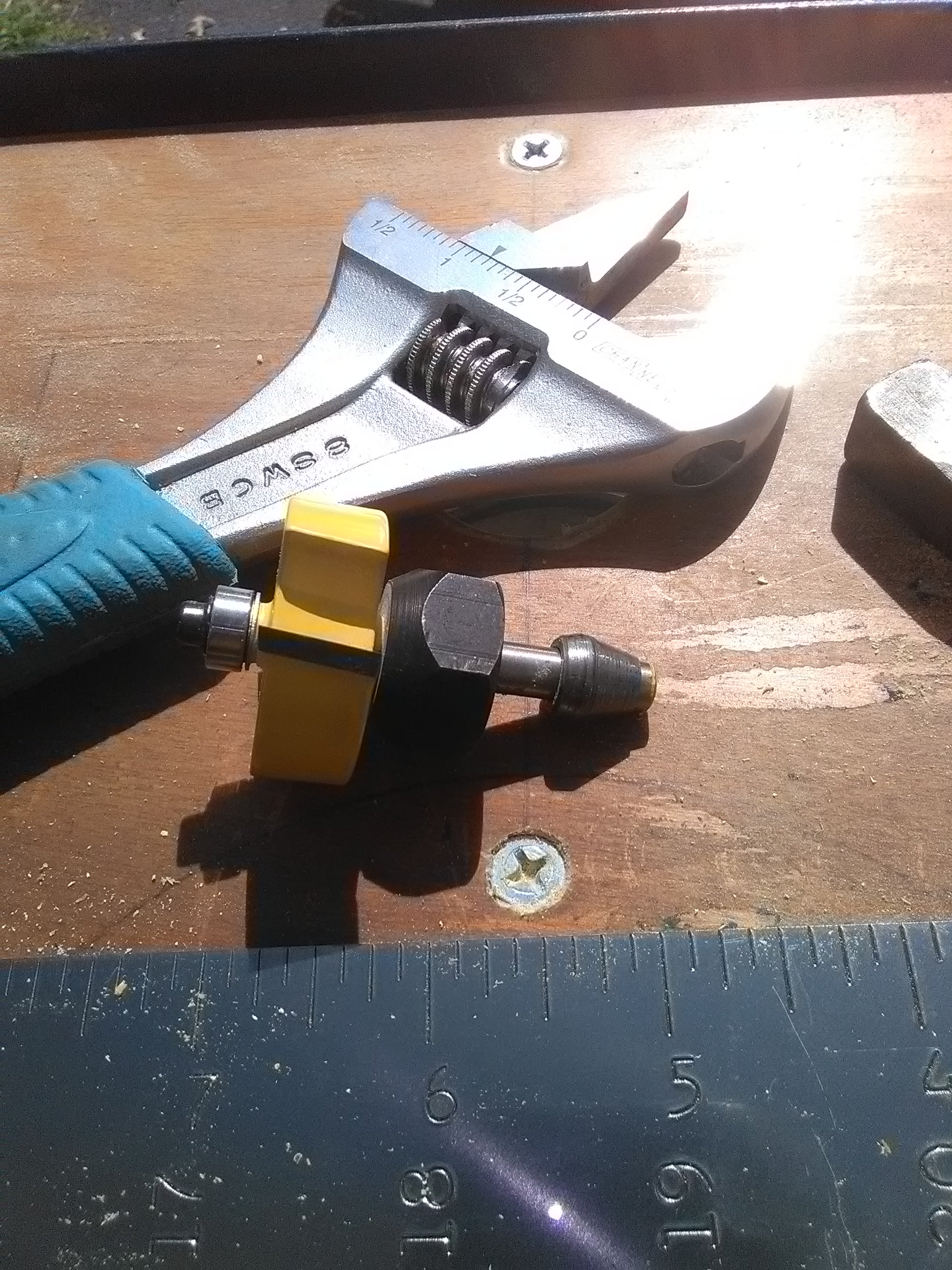 Is that ok or must I stick the router bit as far down the chuck shaft as possible?

A router bit shaft flexes more than you might think, especially one like you show with a big heavy body and relatively large diameter. Because they spin at high speed, that head carries a very large amount of energy https://en.wikipedia.org/wiki/Rotational_energy (note the energy increases with the square of the angular velocity (RPM roughly, probably radians per second in that formula).

The net of it is you don't want that thing working its way out or breaking off because it could do some serious damage if it hit you. Very much like a bullet I would expect.

So best to keep the extended length as short as possible and definitely not cheat the collet by not having the shaft going all the way through it. In a pinch, I'd run at lower speed when the bit is not fully inserted (bottomed and then pulled out 1/16" or so to accommodate shaft lengthening with heat).

I would recommend replacing the top with something thinner so your tool doesn't encourage bad habits. This sort of thing is easy to forget over time and you don't want it biting you one day when you're not thinking about it.

Also note that collets wear over time. Especially in this case you'll need to make sure it's fitting closely to both the shaft and the spindle taper. In particular, you'll want to ensure the collet has not become "bell-mouthed", and that the entire internal collet surface is bearing on the shaft, to maximize the friction that keeps it in place and support the shaft over the entire length of the collet.

As an addition to the accepted answer, the instructions in both my routers mentioned that the bit should be placed 1/16" off the base of the collet.

5
Stabilizing thin boards, with trim, vertically on a router table
8
How to determine if a router bit is safe to use?
8
How do I remove a stuck router bit from a plunge router?
4
Router bit used for this profile?
4
Struggle to cut material with router, dull bit?
0
Basic router/bit question
8
How did I bend this router bit? What safety or operating step did I miss?