What sort of joint would y'all recommend for this? 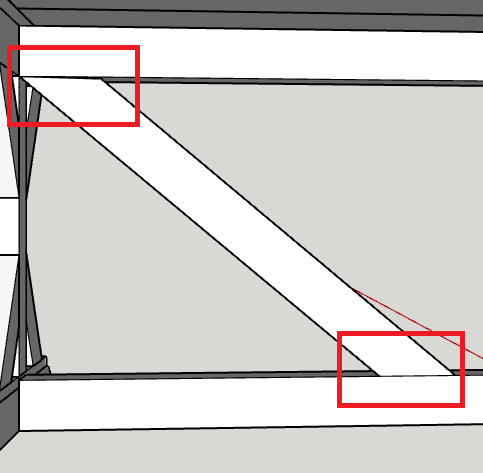 These are 4x4s. The angled piece is about 36" long on each side, so about 46 before the mitered cuts on the end.

I've used M&T just about everywhere else, but that's going to be a little difficult with the angles. I'm suspect that a butt join would separate at the top over time (though I could be wrong). Someone suggested dowels.

As usual, I received a lot of great advice in the comments. However, this is SE (in James Earl Jones' voice), so this needs an answer.

I went with dowels, as can be seen in the pictures below.

Instead of futzing about with making a jig, etc., I clamped the braces in place, and drilled through them into the stretchers. After drilling each hole, I inserted a 4-6" piece of dowel - enough so that I had about 1" protruding on each side of the joint, then drilled the next hole, insert a dowel, next hole. 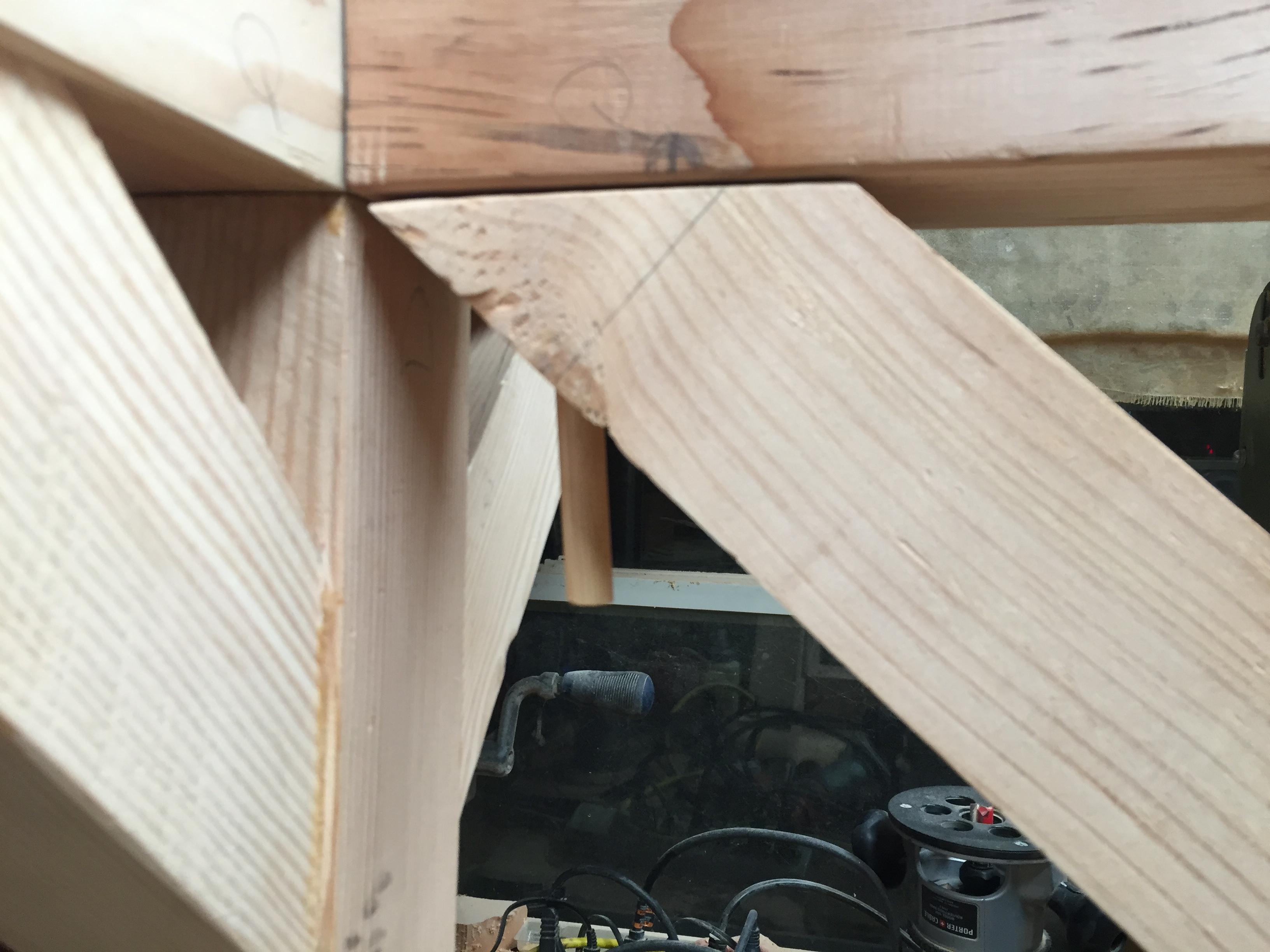 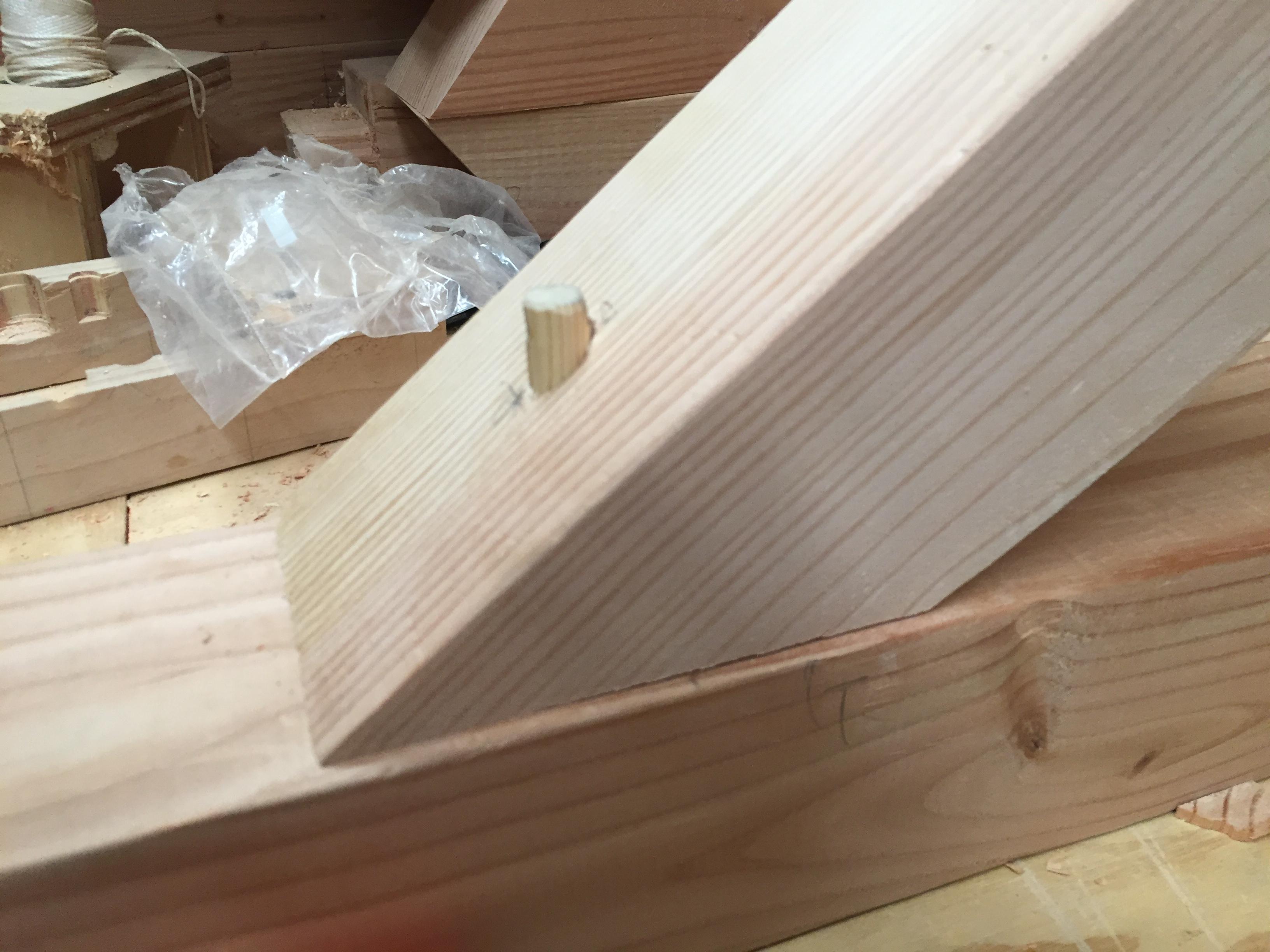 The net effect is that, though the holes may not be perfectly straight or centered, the joints will still line up. (Mark adjoining faces so that you don't wind up putting the not-exactly-identical pieces in the wrong position or orientation.)

I cut the dowels from a 1/2" rod from Big Box (team Orange). It's not perfect, but it held well enough that I had to disassemble the entire thing, and get creative with gripping tools, to get it apart to apply glue. And, having moved this thing around several times since then, I don't really see the benefit in buying "dowel joiners" instead of a dowel rod, and cutting it on the miter saw. (Though some dowels have flutes for glue passage, which may hold better over time.)

(TL;DR: Put the board where it needs to go, drill through it into the adjacent board, and tap the dowel into place with your mallet. Yes, Mallet. Hammers have their place, but this isn't it.)

Clamped and roped while gluing the dowels: (I didn't have enough clamps, or any 8' long, so I got creative with some rope :) that I found in the garage.) 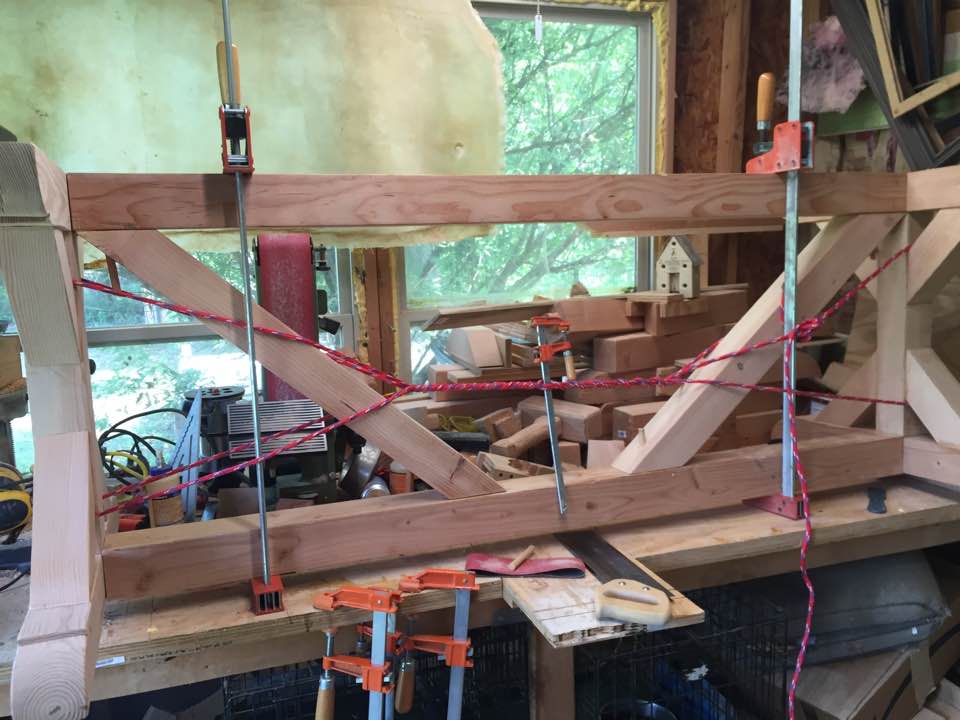 Truss is nice and stable. I would've liked to have two dowels at each joint rather than one, but this worked out pretty well, as long as no one tries to twist the truss while the table is in pieces. 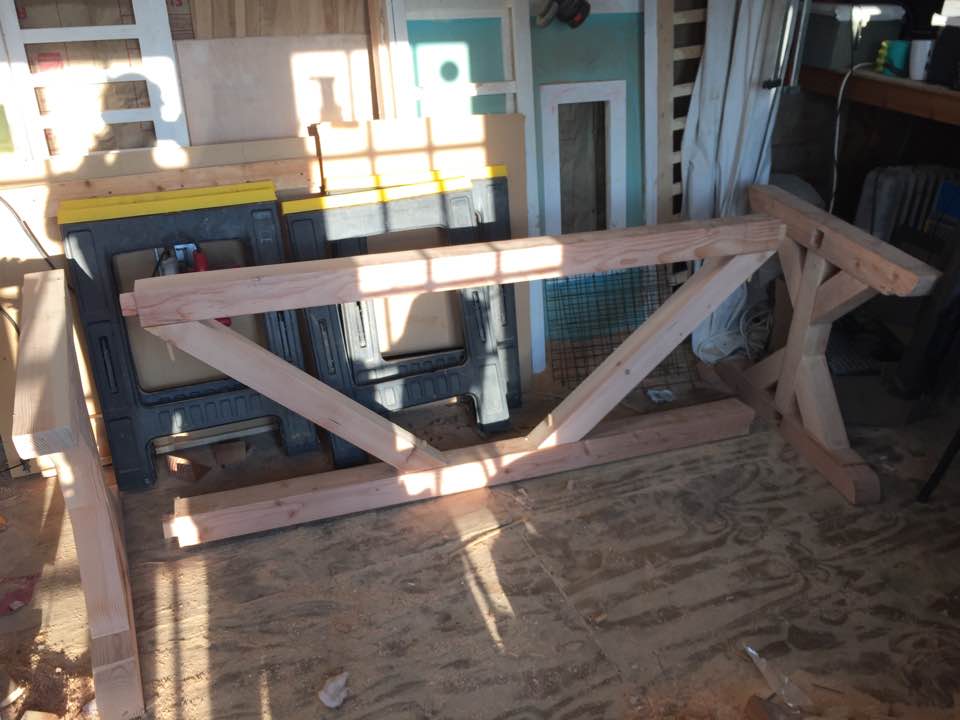 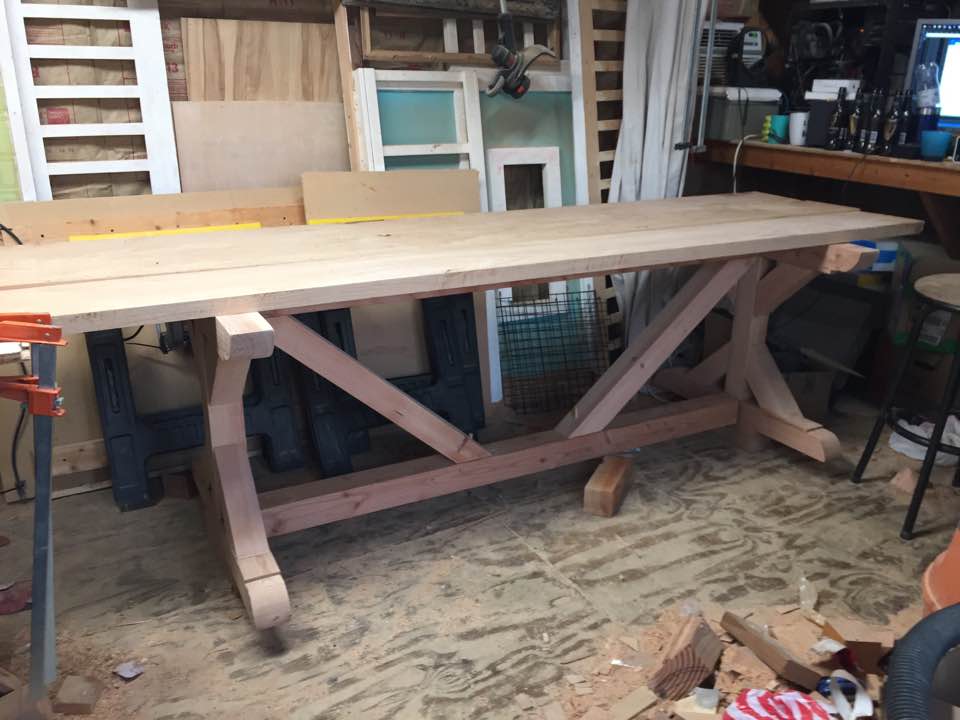 Need to pick another board for the top from my stack, maybe fill in a few knots with epoxy or something.

Thanks, everyone (@Graphus) for your help. It's been a great learning experience.

We've been using the table for several months; still haven't got around to gluing the top together! But, I'd argue that if you're three year-old can dance on top of it, and the thing doesn't move, it's probably okay. 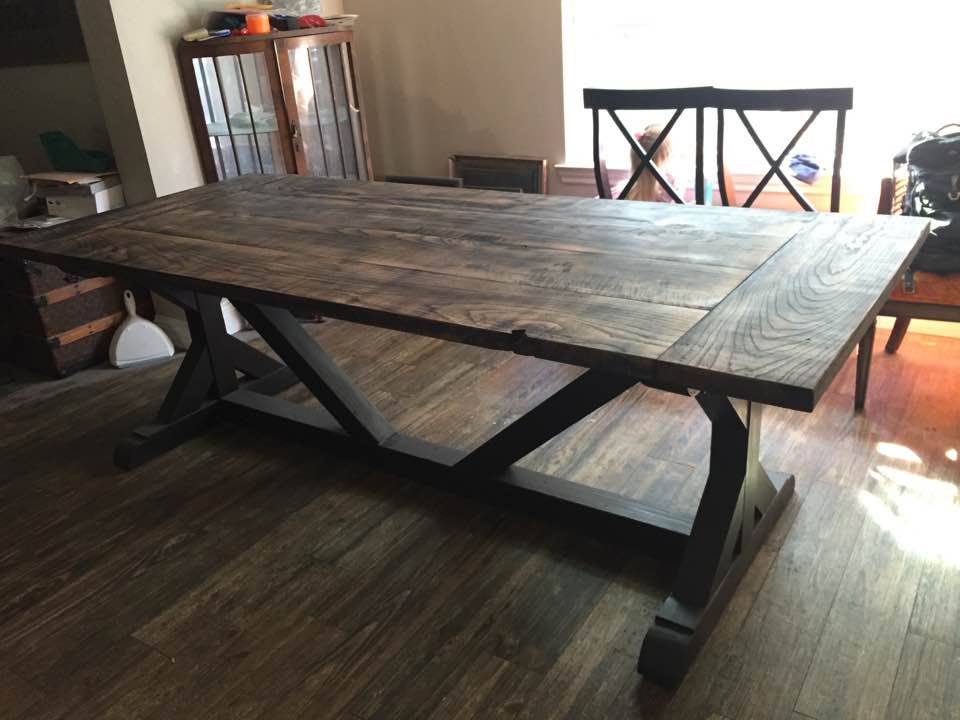 This wouldn't have been possible without the help I received here. Thanks!

8
How can I join two mitred handrails?
6
How to setup joint proportions?
2
Glue joint bit, recommended?
3
Joint in curtain rods
12
Quick corner joints in practice
4
How do I cut this corner joint?
3
Strength of doweled miter joint
1
Finger size for a finger joint
4
Edge joint failure - what is the cause?
3
Need help with design of entryway bench joinery