Is there a specific name for the vertical posts with triangular cross-section used to join together the sides of traditionally made apple boxes / crates? 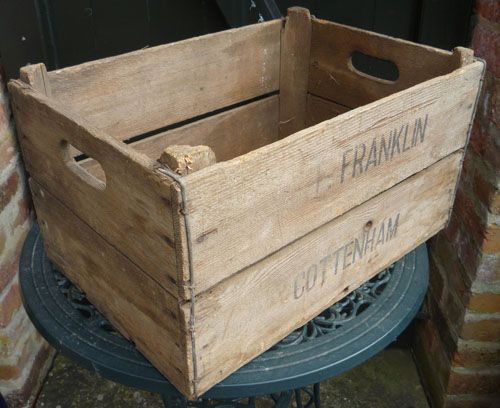 These are called corner blocks. Also called glue blocks because they were sometimes fixed using glue only*. They can be square in section or triangular as here. 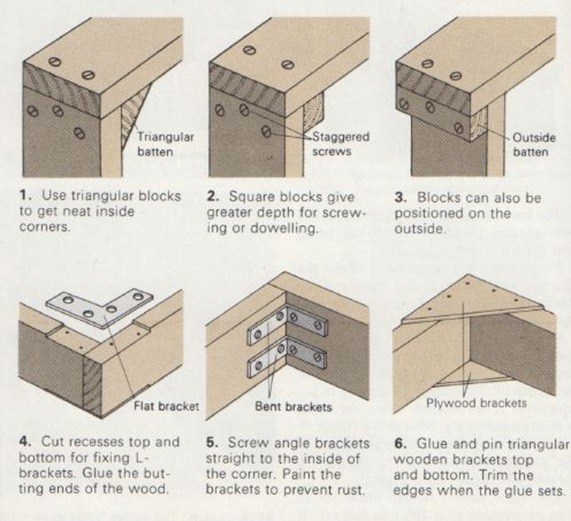 Although possibly most associated with plywood in recent years they were used to reinforce corner joints in thin solid wood prior to plywood becoming available and were also used where strength was needed but proper joinery wasn't possible, so widely used for crates and other boxes that needed to be put together as quickly as possible.

They are still widely used but we're unaware of them because generally they're placed where they don't show, such as in staircase construction, in chairs under the seat or tables underneath the tabletop. 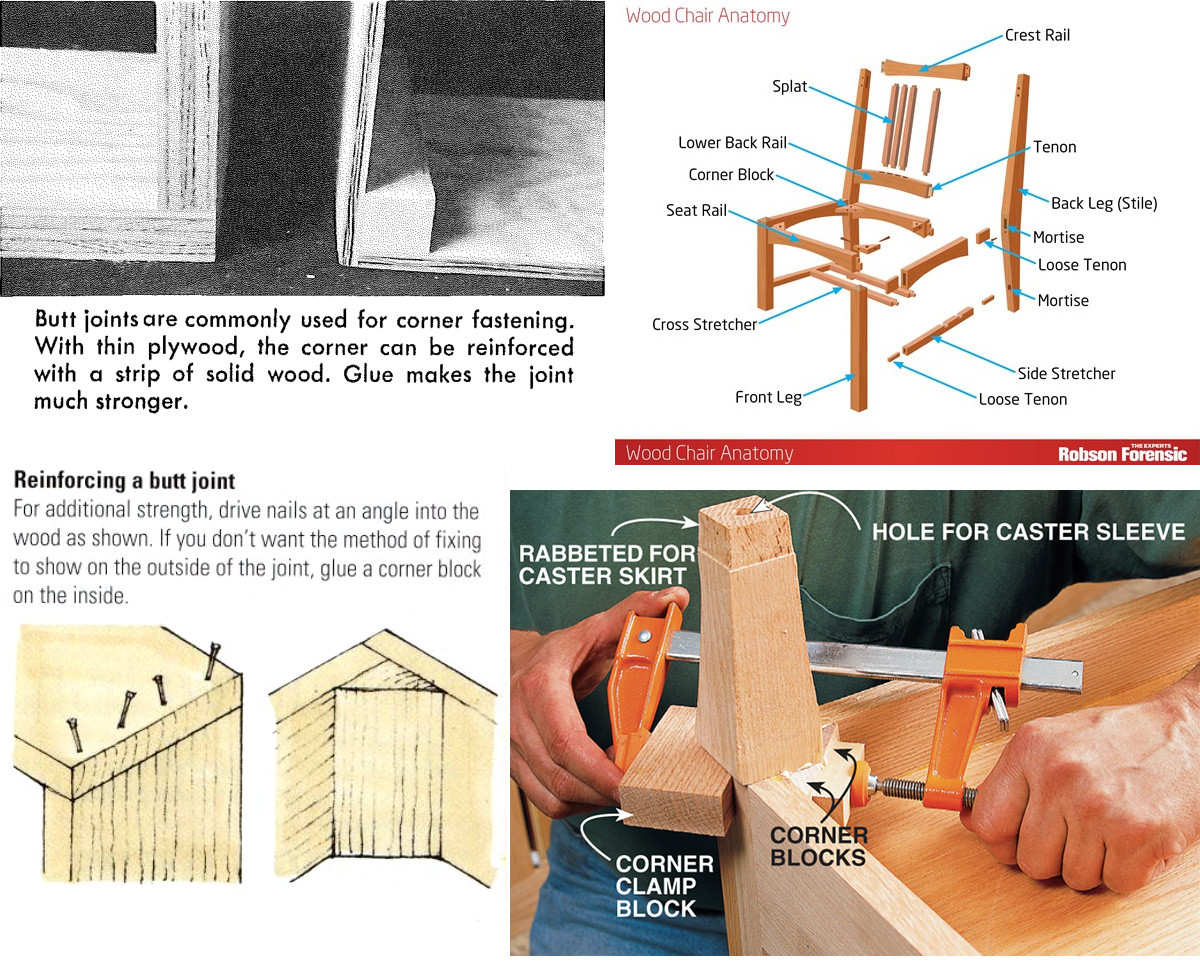 The underlying principle of these is used in gridbeam, where a three-way fixing at each corner is possible resulting in very strong and surprisingly rigid joints without glue.

*Not just without nails or screws, but without clamps as well. This was done using a rubbed joint where glue was applied to the mating surfaces of the block then it was rubbed back and forth to squeeze out the excess until it grabbed firmly and then it was left for the glue to harden (note this is most suitable for hide glues, not really a good idea with PVA and can't be used with epoxy or standard polyurethane adhesives such as the original Gorilla glue).

Not the answer you're looking for? Browse other questions tagged joinery terminology or ask your own question.

4
What are these wooden posts?

5
How can I prevent a drawer bottom from sagging?
9
What's the best joint when exposing to weather (specifically for a beehive box)
2
Troubleshooting Compound Miters
5
Furniture name for waist-high floor-sitting shelf cabinet thing
4
How do I cut this corner joint?
2
Are these brass “cross caps” (used on type cases) still made?
4
Edge joint failure - what is the cause?
3
Shelves inside cupboard, how to attach to legs?
6
What strong options are there to join these pieces?