I'm literally just starting out in woodworking. I notice that even many British woodworkers online are talking in inches, or "a couple of thou'" when describing measurements etc. I also notice that things like 1, 2, 3 blocks don't seem to come in metric sizes, and that lumber is still offered in 2x4" and plywood is "half-inch" or "quarter-inch" (although in Europe metric units have to be displayed on product labels as well).

I know that inches are divided into 8ths/16ths (though I've never measured a thousandth of an inch - that seems infinitesimal!) but haven't ever really worked with them.

Given I'm a child of the metric age, are there any concrete reasons to use imperial measurements in my woodworking?

If imperial measurements were not so ingrained in my mind, I'd do everything in metric. Quite a few of the tools here in the US that are labeled as "inch" are actually metric. A few of my 1/2" chisels are actually 13mm - slightly larger than one would expect, which can cause difficulties.

My favorite tape measure is metric only - Talmeter. As to 1-2-3 blocks, the metric versions are 25-50-75 blocks, and they are readily available on Amazon.

Finally, absolute measurements are not as important when making non-production builds. What is more important is that the parts fit relative to each other. I typically will use a tape measure to get my initial sizes, but from then on I will use a story stick so I can get consistent sizing.

So if you "think" in metric, use metric. Hold your hands 165mm apart. If you know about how far that is, then you are thinking in metric. If you have to convert that to inches, then you don't. 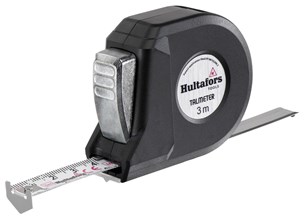 I agree with LeeG in that I'd be inclined to work in whatever measurement system you have the best intuitive feel for. This might make it more challenging to study the craft on YouTube and so on, but hopefully you'll be spending a lot more time building things than studying for concepts and techniques. A familiar measuring system will be less frustrating to work in and lead to fewer errors.

It's relatively rare that dimensional lumber stays in its as-bought state for any real woodworking, so as long as you can tell if there is enough material there for your intended purposes, it shouldn't matter much what its exact purchased size is.

You might find it convenient to calibrate your tools in metric, like having a centimeter scale on your table saw fence and so on. It's rare in my experience that hand tools need to be a particular size; it seems like it's more of an "at least as big as this" and "no bigger than that" sort of thing. So I don't see there being a big problem having a 13mm chisel rather than a 1/2" chisel (12.7mm).

LeeG makes an important point about numeric measurement in general, in that it tends to be overvalued by the starting woodworker. It may not be immediately apparent, but measuring with a rule or tape is fairly inaccurate and tends to produce poor fits. Direct or transfer measurements produce much more precise work.

The emphasis on "build to size" is inherited from the emphasis on interchangeable parts that arose during the Industrial Revolution. This is important, along with precise measurement techniques, when parts made elsewhere at another time need to fit something you have now. It's rarely important in woodworking and "build to fit" is very often a more satisfactory approach. This involves (among other things) transferring lengths directly from one workpiece to another, without the intervening reference to an often questionable standard such as a rule or tape. This is one reason why you see woodworkers using measurement and layout techniques that would have been at home in the 1800s.

One last thing I'll say is that 0.001" isn't as infinitesimal as one might initially think. While it's rare that a piece of wood needs to be finished to +/- 0.001" (and probably wouldn't stay there long if you did), a difference of 0.005" (0.127mm) can be the difference between a perfectly fitting joint and a sloppy one. I think it's worth having a digital calipers handy for when it makes a difference. I will say though that the plastic one I have calibrated in 1/64" gets used 50 times more frequently in my shop :)

Not the answer you're looking for? Browse other questions tagged measurement or ask your own question.