How to use this type of chuck without grooves/teeth?

This chuck here is the chuck I have with my lathe. It doesn't have any teeth or grooves to bite the wood. Just smooth surfaces.

Does anyone know how to use it? 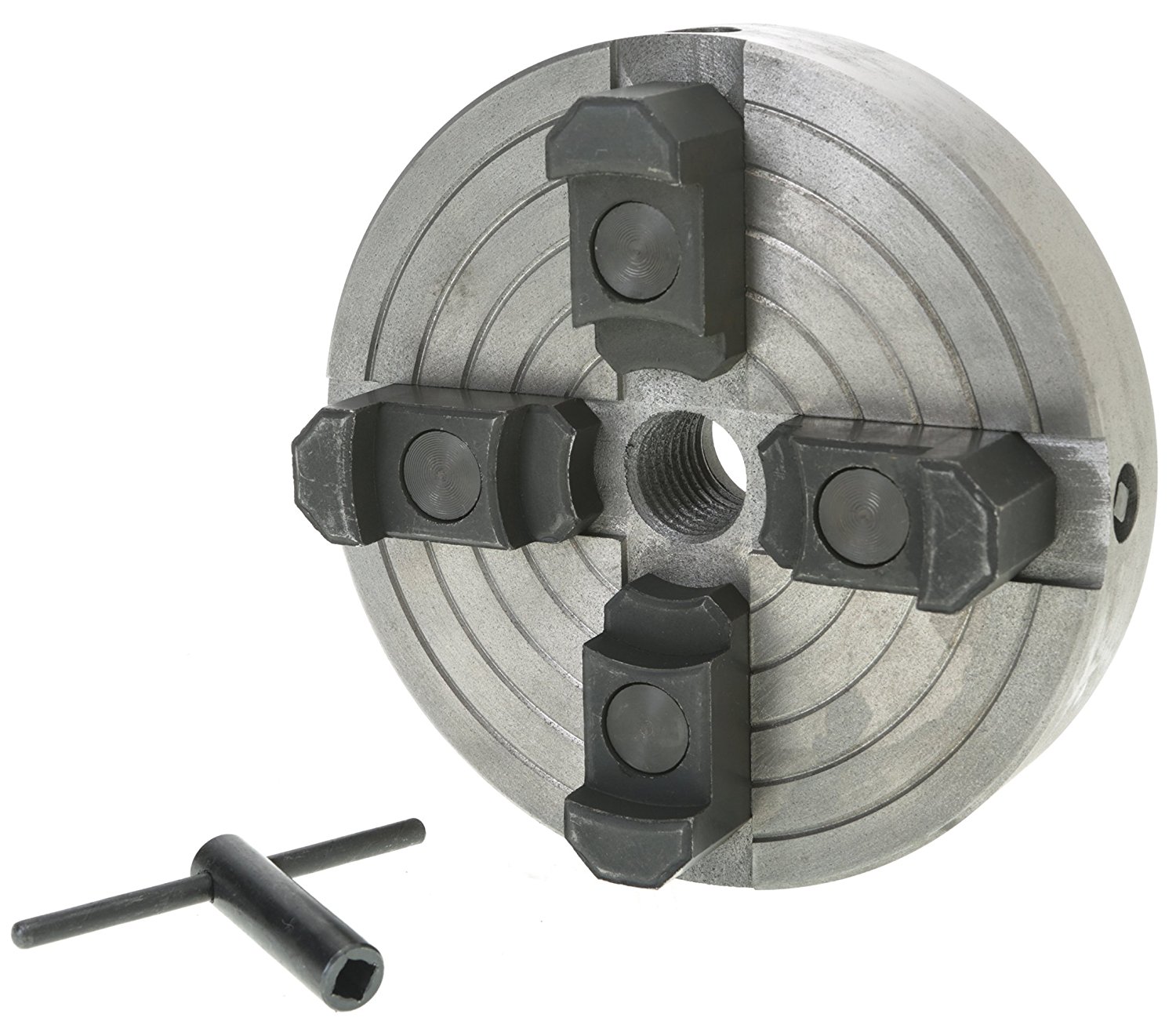 You either expand the outer jaws into a relatively large recess, or you clamp down on smaller items from the outside in the middle. In general your success will be better if you make a tenon that's sized for the best working position of the set of jaws you intend to use, and you'll not need that clamped surface in the final result, as it will get dented and marred with this type of jaw. You also want to support the work as long as possible with a tailstock center to limit the tendency to pry loose from this unsuitable jaw style.

If the picture represents your exact chuck, there's a sad lack of means to attach sacrificial wood jaws, which is one way to get much more use out of this sort of chuck. You might want to simply regard it as "something not worth much that came with the lathe" and get a proper woodturning chuck instead. They generally also don't have teeth, but they do have dovetail jaws.

It is hard to tell from the picture if the jaws have any angle to them to support being attached to a dovetail spigot or not (see Getting a Grip on Four-Jaw Lathe Chucks); and event the description on Grizzly Industrial's web site (it does look like the Grizzly chuck) does not do a good job of describing the jaws.

Even though Grizzly describes the chuck as a wood-working chuck, if the jaw faces are perpendicular you will have a hard time holding woodturning projects in them. Most wood is too compressible and will walk out of the chuck without the dovetail configuration to help limit that walking. The four independent jaws will also be a challenge to use over the long run, as re-mounting a piece will be difficult to get re-centered.

Not the answer you're looking for? Browse other questions tagged turning lathe lathe-chuck or ask your own question.

8
How do you prevent a turned workpiece from exploding while you're working on it on the lathe?
9
How do I use this hollowing tool?
8
What are the specifications for "Morse Taper" sizes?
5
How can I change speeds on my old lathe?
2
Does a 3/4x16tpi for a 5/8 plain spindle adapter exist?
3
Is the MT2 Arbor for a Drill Chuck milled incorrectly?
1
Identification of vintage wood lathe tail stock with 1/2-20 threaded arbor
1
Use of carpet tape for turning a bowl