What saws were traditionally used for timber framing cuts in British practice? British-style backsaws don't seem to have cut depths any more than about 4", so how did they cut long tenons?

In the British tradition, such work would be done with a wooden bow saw (also called a buck saw). A nice feature of such a saw is the direction of the cut is nearly independent of where the handle is oriented, so you can cut a deep tenon as deep as you like, assuming the saw's frame is free to move. Such saws are in Europe in place of backed saw. 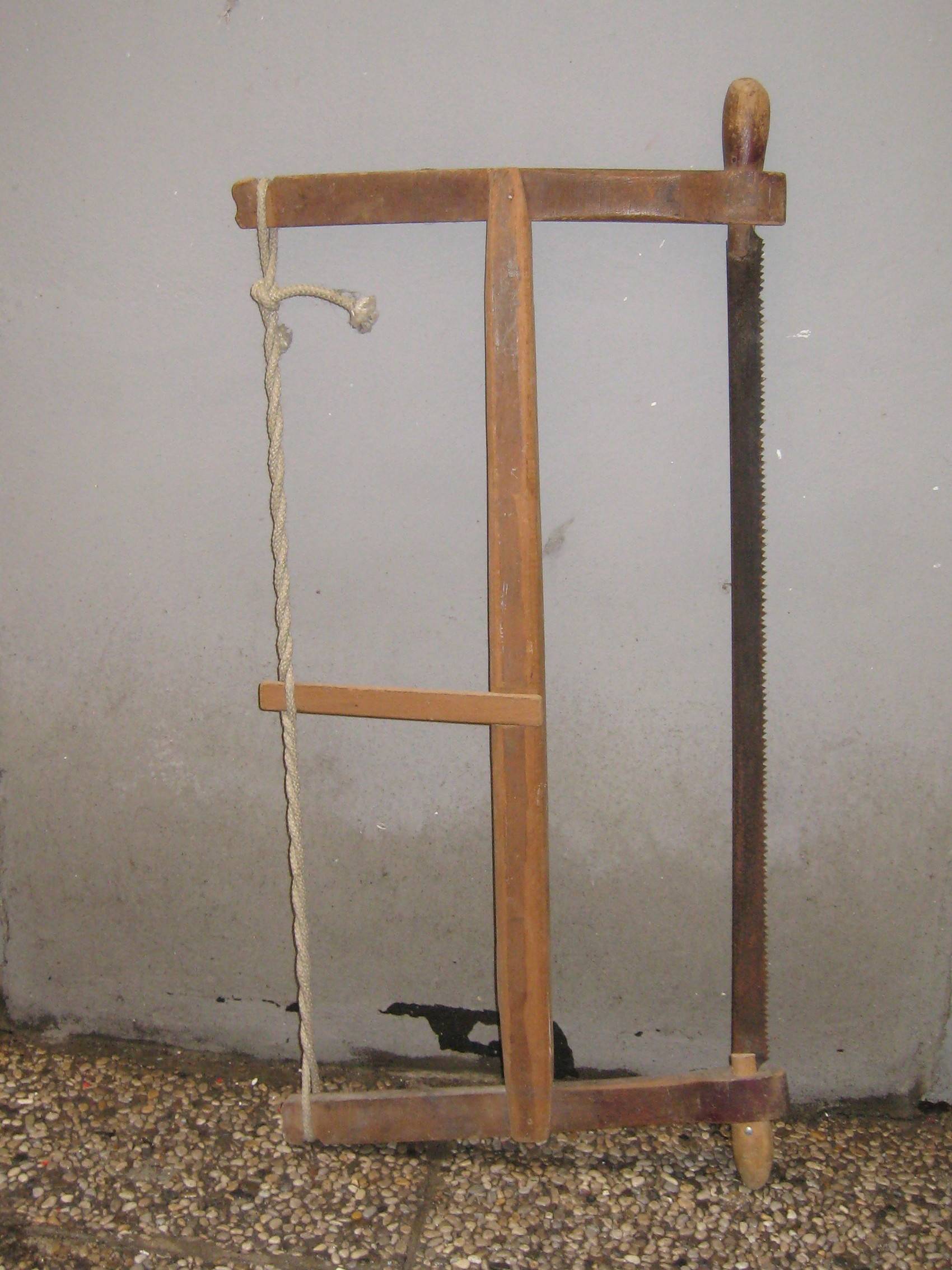 Not the answer you're looking for? Browse other questions tagged hand-tools hand-saw traditional-techniques timberframe or ask your own question.

7
How do I identify hand planes?
11
What should one consider when purchasing an intro turning chisel set?
6
What is this turning process on the woodworking Wikipedia page?
6
Fettling a hand plane
5
How can I resaw material using only hand tools?
4
Building a Cabin; only un-powered hand tools. Need advice
1
How can I flatten the top of a 12" natural log in place?
1
Taking apart a pre-assembled desk
3
Precise 90 degree cuts on small pieces
4
How to make a mitre cut along the width of a board with hand tools