I'm planning on restoring an old rocking chair that has anchors holding it vertically from the sides on horizontal beams, and the beams are air nailed from the bottom. Recently, one of the anchors failed, and the rest of the wooden beams underneath the chair have stress cracks in them. I'm thinking that the best way to repair this is to cut new wood beams that have the same dimensions as the ones I need to replace. The only thing is that the beams are air nailed into the frame. Would taking a chisel to the gap in between the rest of the frame and trying to separate the beams from the frame be a wise idea? I can foresee some damage resulting from this, but if the only damage is to the beams I have to replace, this may not be so bad I think. Is this a good strategy for repairing the rocking chair? 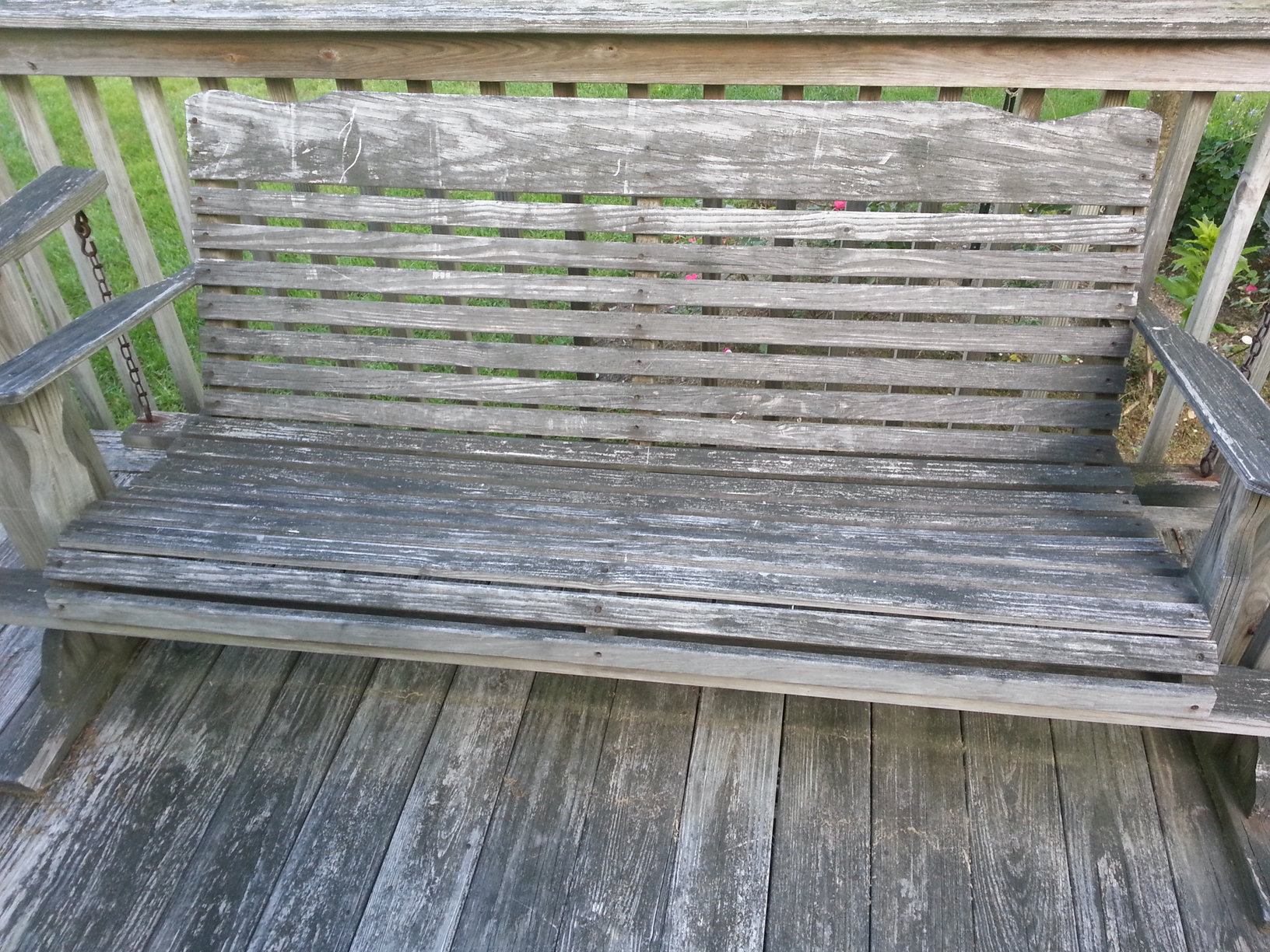 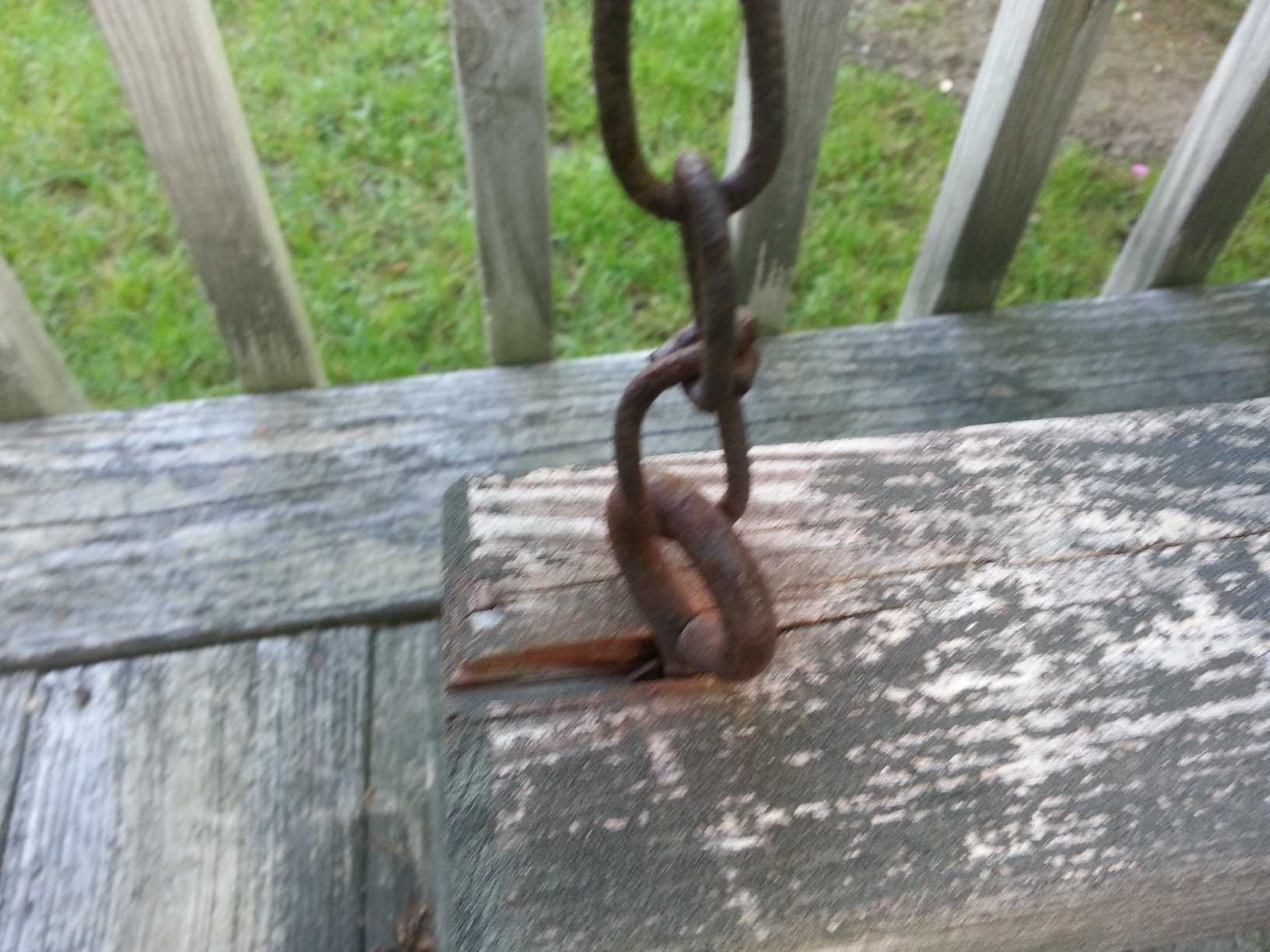 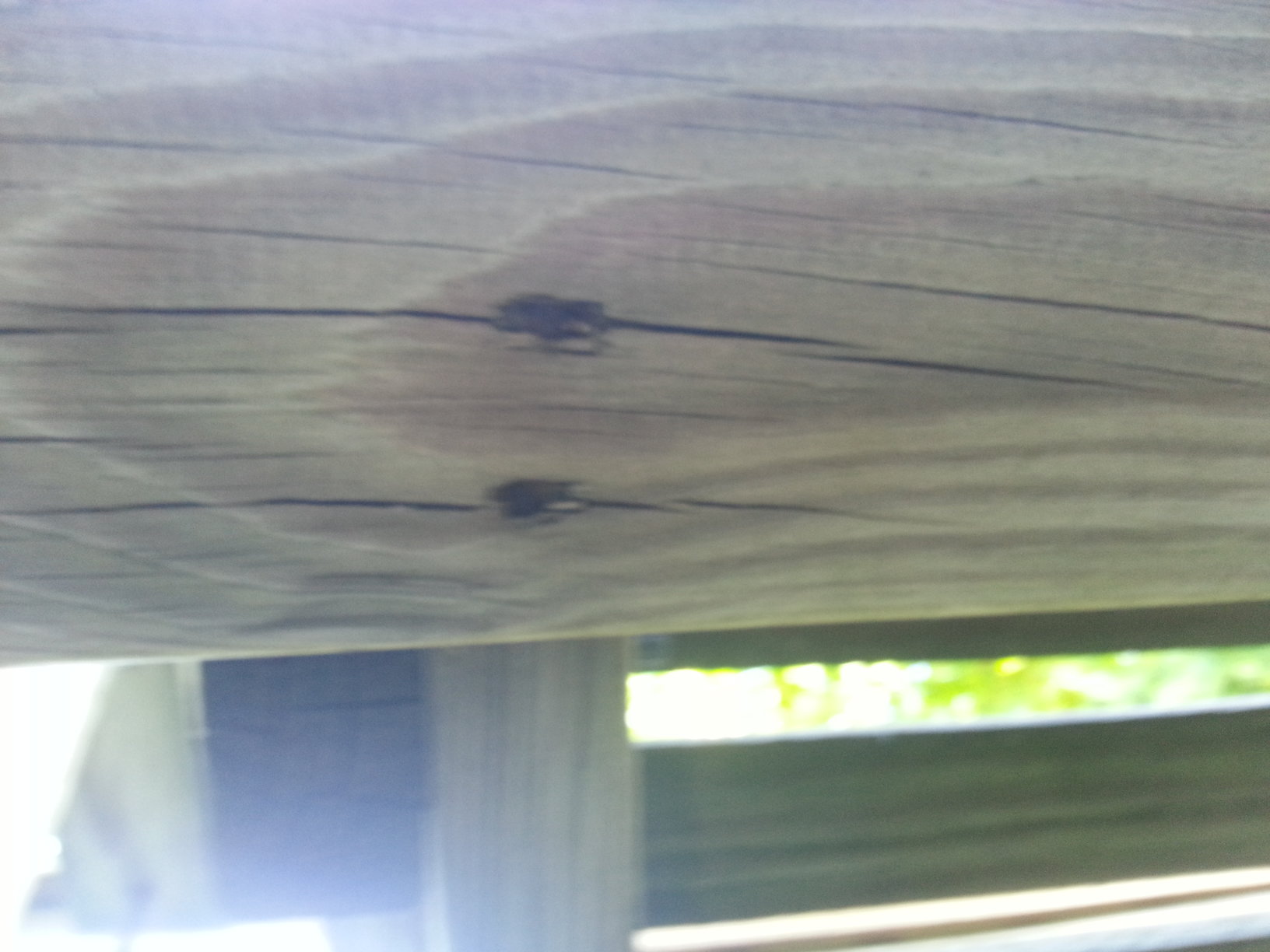 Recently, one of the anchors failed, and the rest of the wooden beams underneath the chair have stress cracks in them. I'm thinking that the best way to repair this is to cut new wood beams that have the same dimensions as the ones I need to replace.

That's the safest plan, it may not be strictly necessary to replace both because the cracks shown in the photo of the underside don't appear to be too bad but if you're going to replace one so that the anchor that has come loose can go into sound wood you might as well replace the other.

Extending the life of the replacements
The replacement beams can have their lives greatly extended if you seal the end grain well. One of the best things for this is epoxy, epoxy glue from the hardware store will do. Just mix and force it well into the end grain with a putty knife or something. This will plug the end grain, which is like a bunch of straws ready to take on water, preventing water intrusion.

Some further tips posted at bottom.

The only thing is that the beams are air nailed into the frame. Would taking a chisel to the gap in between the rest of the frame and trying to separate the beams from the frame be a wise idea?

Not for the chisel :-) You can use a chisel for the initial separation but it might be a bad idea to use it to pry the pieces apart. Chisels can be used as prying tools but they're not intended for this function in their design or in how they are heat treated. I've rescued numerous chisels that have been used as prybars that had either broken tips or bent shafts. The better the chisel the more likely it is to snap, cheaper chisels will tend to bend.

Better to use a dedicated prying tool where possible such as a cat's paw or pry bar: 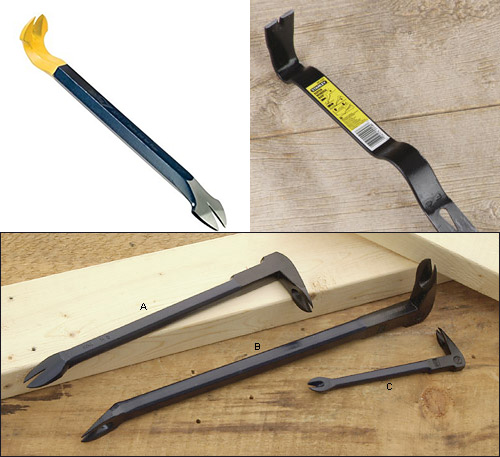 If you have to buy it for this don't worry that it will be used just once and then put aside to gather dust, these prove surprisingly useful once you have one, especially the bottom type which is a true multi-purpose tool (although more expensive than the basic type which might do all you need in this case).

Cleaning the existing wood
If you have a pressure washer that alone may clean the wood surprisingly well. There are some before-and-after photos posted online of cleaned siding, fence panels and decking which were just pressure-washed and the transformation is usually amazing. As you can see from the pictures included in this Answer in the after photos the wood looks like new in some cases.

Protecting the ironwork
Something you might like to try, the ironwork can be given a very good rust-resistant coating by being heated in a barbecue fire until very hot and then dumped into a bucket or tray of oil. The container should be metal or wood, not plastic! This produces the black shiny finish often seen on blacksmith-made items and it is quite effective as a rustproofing.

Not the answer you're looking for? Browse other questions tagged wood-repair or ask your own question.

6
Can I run pressure treated deck boards through thickness planer?

7
What options do I have to repair this chair?
0
Techniques for repair wood chair seats
3
FIlling up gaps in an old wooden floor
2
How should I fix a broken chair stringer?
2
Best approach for this broken chair leg
2
Fixing small knot hole in pine — compatible with oil finish
2
What is Old English Scratch Cover?
3
Remove old oil stains from oak table before refinishing
2
Difficulty level in restoring wood bench?
2
Advice for repairing shaped glass cabinet doors