What's the name this window type?

Could anybody tell me the name of a window type that opens its sashes vertically in the same track, inline, with counter balanced system, where one sash goes up at the same time as the other goes down?

It isn't "double hung", because it opens its sashes in the same plane at the same time. 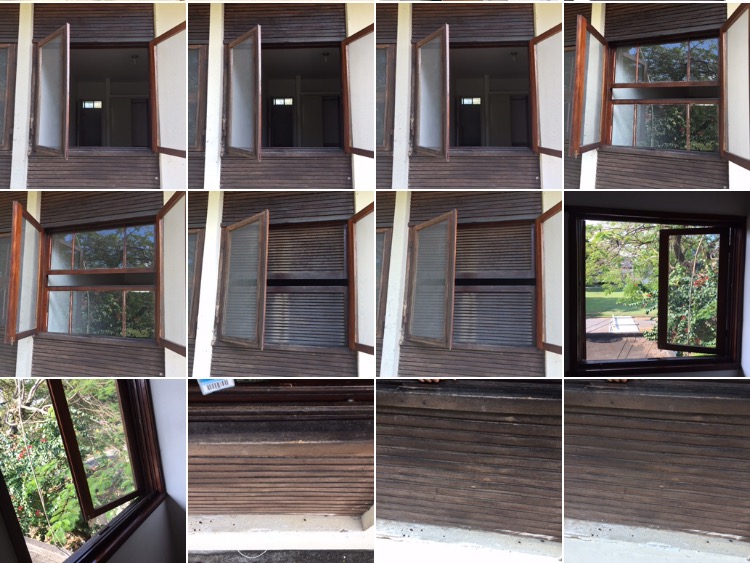 This is an interesting window. Like you, I could find nothing about this style of window – searched on Oscar Niemeyer, double-hung, etc. much as you probably did and came up with nothing. I found a patented window for which the top sash moved down as the bottom moved up, leaving the middle half of the opening covered and top and bottom open, plus the sashes were in two channels. Not quite what we are looking for.

I had a nagging feeling that I had seen something like this before and finally it dawned on me that this a classic way that doors on dumbwaiters operate – we've all probably seen this in a mystery movie set in an old mansion (inevitably there is a dead body squeezed into a small space). I followed up this idea, hoping to find a dumbwaiter with glass doors (sans contents), but only found solid doors that opened up and down as do your windows.

More diddling around caused me to realize that I had seen other applications of this concept in movies where someone living in a loft gains access to their quarters via an old fashioned freight elevator with, you guessed it, doors that open up and down just like these cool windows.

I have to admit that even before I began my web search, I had figured out how these windows might operate, but I was looking for some illustrations that would back up my thoughts. I found an illustration for a freight elevator door, but it had some extraneous components that probably would not be needed for a window.

Here is how it works:

Push down sash B and sash A slides up;

Pull down sash A and sash B slides up 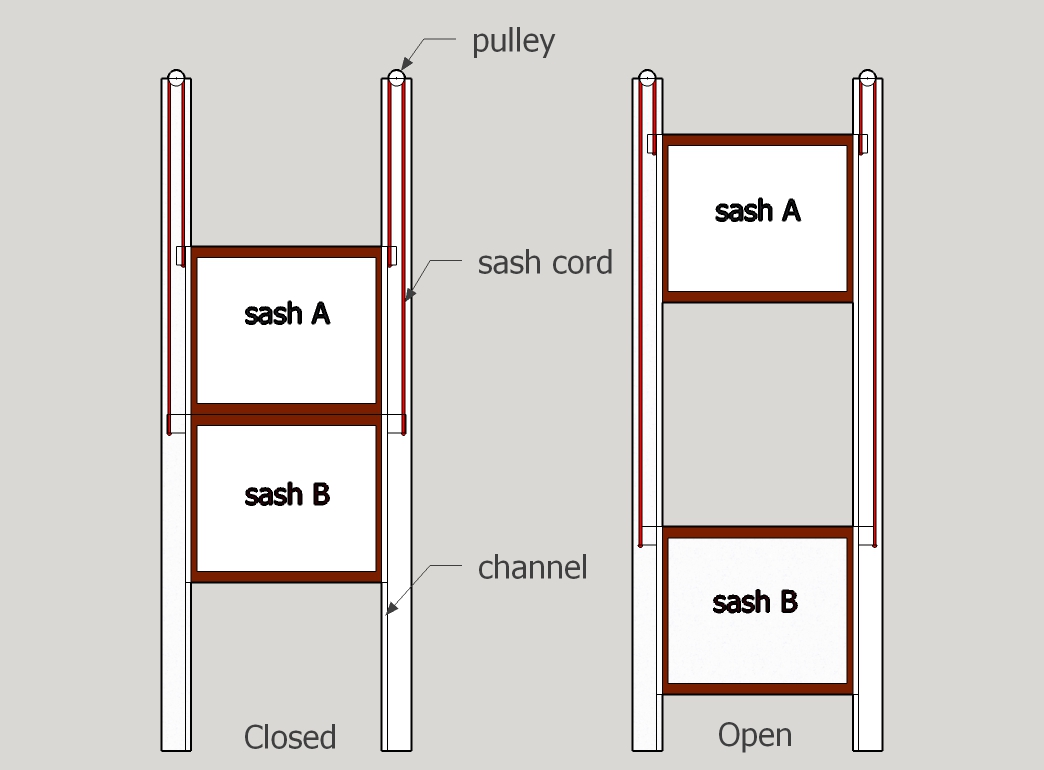 Double hung windows with which most of us are familiar rely upon heavy metal counter weights dangling from cotton sash cords or chains strung over pulleys to make the movement easy. Four cords four weights, four pulleys and four channels for the sashes to slide along.

The beauty of the windows in question is that they do not need the cumbersome counterweights, but instead each sash acts as the counterbalance for the other sash. Each sash is joined to the other by a cord or chain strung over a pulley. Two cords, two pulleys, two channels for the sashes.

Negatives with regard to these windows is the need for an opening in the sill and the header for the sashes to go down and up; channels that need to be up to twice as long as the vertical window opening.

What are they called? Perhaps dumbwaiter windows, or elevator door windows, or Ideal windows or self-counterbalancing double-hung windows. At this time it's still anybody's guess. Somehow, though, I think what they are called is of less importance to you than “how do they work?” Truly cool windows and thanks for asking the question.

Not the answer you're looking for? Browse other questions tagged hardware-identification or ask your own question.