Wear out of wooden floor

In a dance studio I have a flooring from engineered wood, with top layer ~3mm ash.
After 2 years the heavily used spot looks like this: 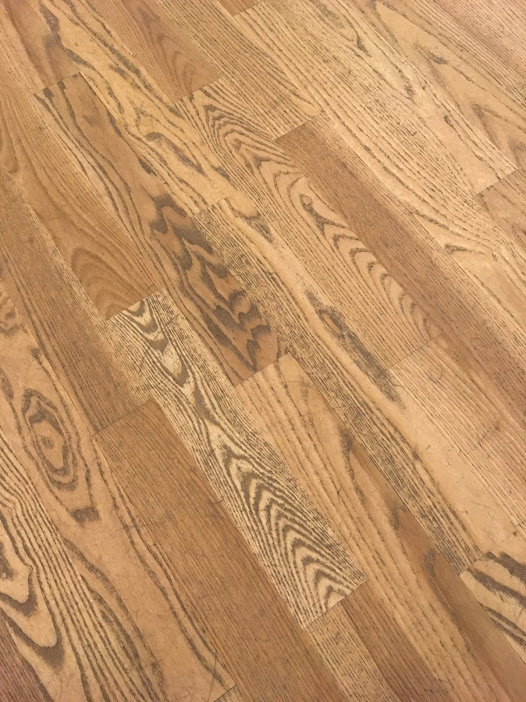 While in the corner, where there's not much traffic, it looks as new: 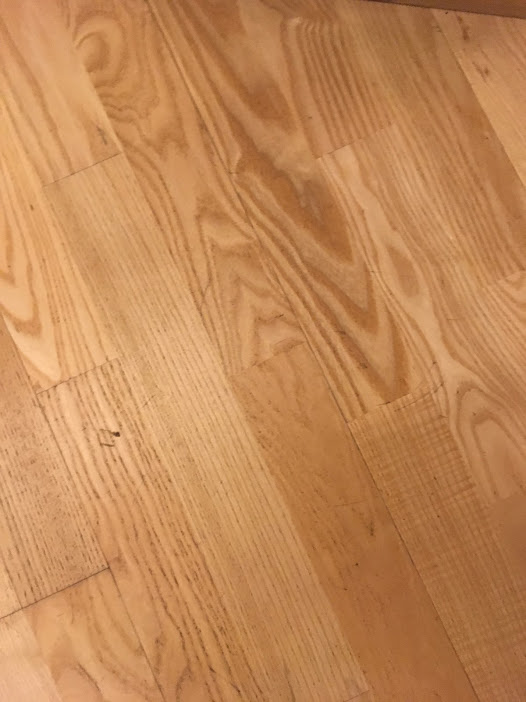 I understand that the varnish is wearing off on the edge grain.

I understand that the varnish is wearing off on the edge grain.

That's what it looks like — the finish (likely varnish but possibly not) has been worn away, allowing dirt to lodge in the recessed grain of the ash.

Should I be worried that uncovered wood would deteriorate fast, being rubbed off in a few years?

No. It presumably will deteriorate faster but not fast because ash is quite a tough wood. It would take very heavy foot traffic, in normal footwear laden with grit from outside, to wear through a few millimetres of ash in just a few years.

The entire thickness of the laminate will of course wear through in time, but I'm betting it would take decades or longer.

How should I maintain the floor on a regular basis? Add some oil or wax when mopping it?

Other than cleaning it as you would any normal wooden floor I don't know what the usual maintenance routine is for the floors in a dance studio. I do know that in many studios, and similar spaces with wooden floors, the areas that see the most use tend to look exactly like in your first photo.

I do like the aesthetics of the grain pattern on the surface, can I make it more prominent, applying some dark colouring maybe?

You would only be able to highlight the recessed grain on the unworn areas by removing the existing finish and then treating the whole floor as one Details of how you might do this would be the subject for a subsequent Question but in outline you'd strip, then colour and refinish. Although chemical stripping isn't out of the question the usual way to strip floors is by sanding them, see previous Q&A. Because this takes off a material amount of the surface laminate it shortens the lifepan of the flooring each time it's done.

As well as that at some point in the near future the high-traffic areas will again end up looking much as they do in the first image.

6
How to fix a wooden floor

9
How to protect worn wooden outdoor furniture?
8
How challenging is it to sand a stained oak floor?
5
How to fix water damage to wooden table
3
removing dye from wood floor
3
Protecting wooden plant pot from water damage
3
FIlling up gaps in an old wooden floor
2
Stains on Hardwood Floor
2
Safe to make a cable organisation box out of wood?
5
How to finish a wooden ironing board?