What is the name of the joint used in these lattice designs?

I am looking for a way to join 3 pieces of wood that would intersect each other.

This is the project I am working on : 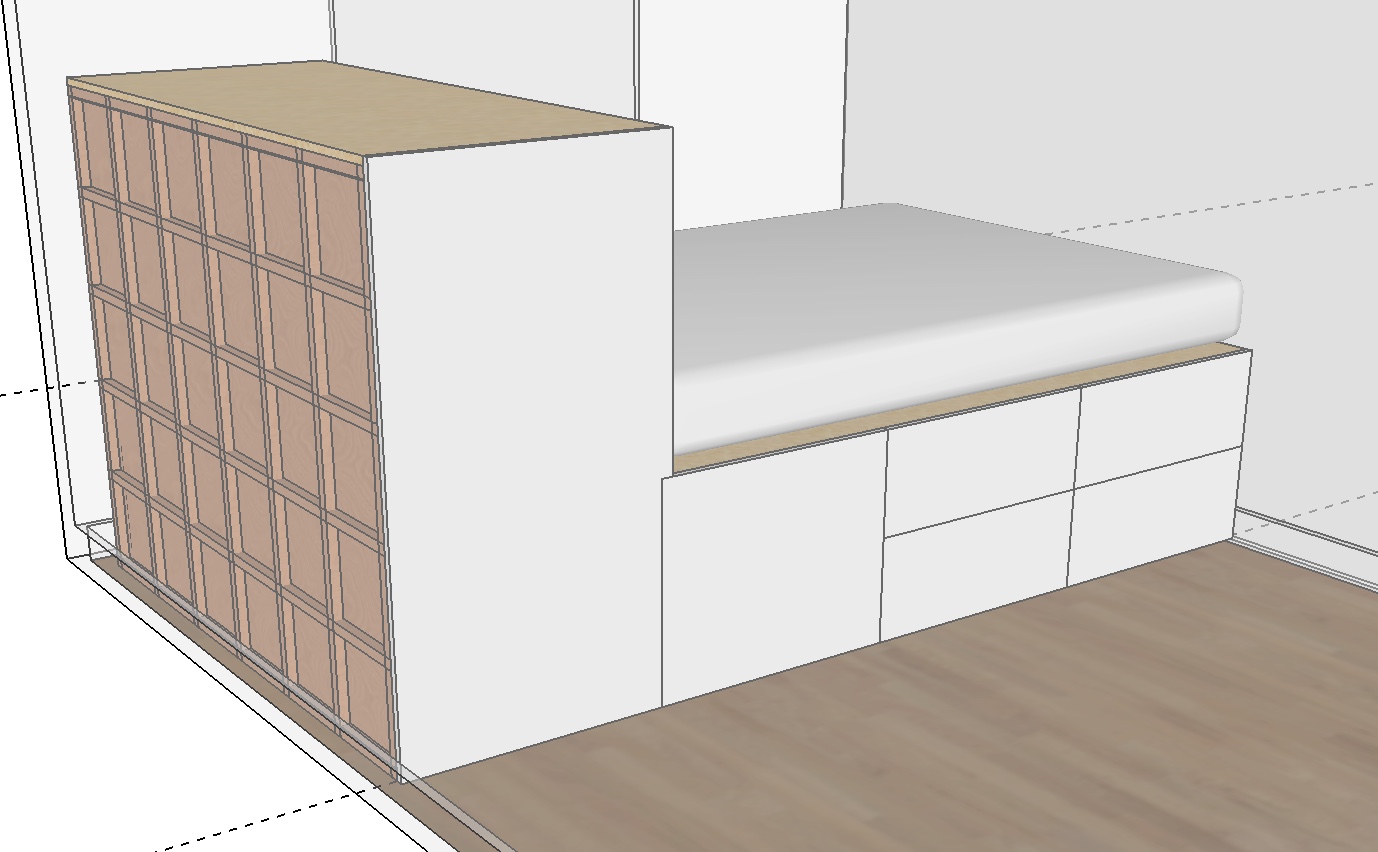 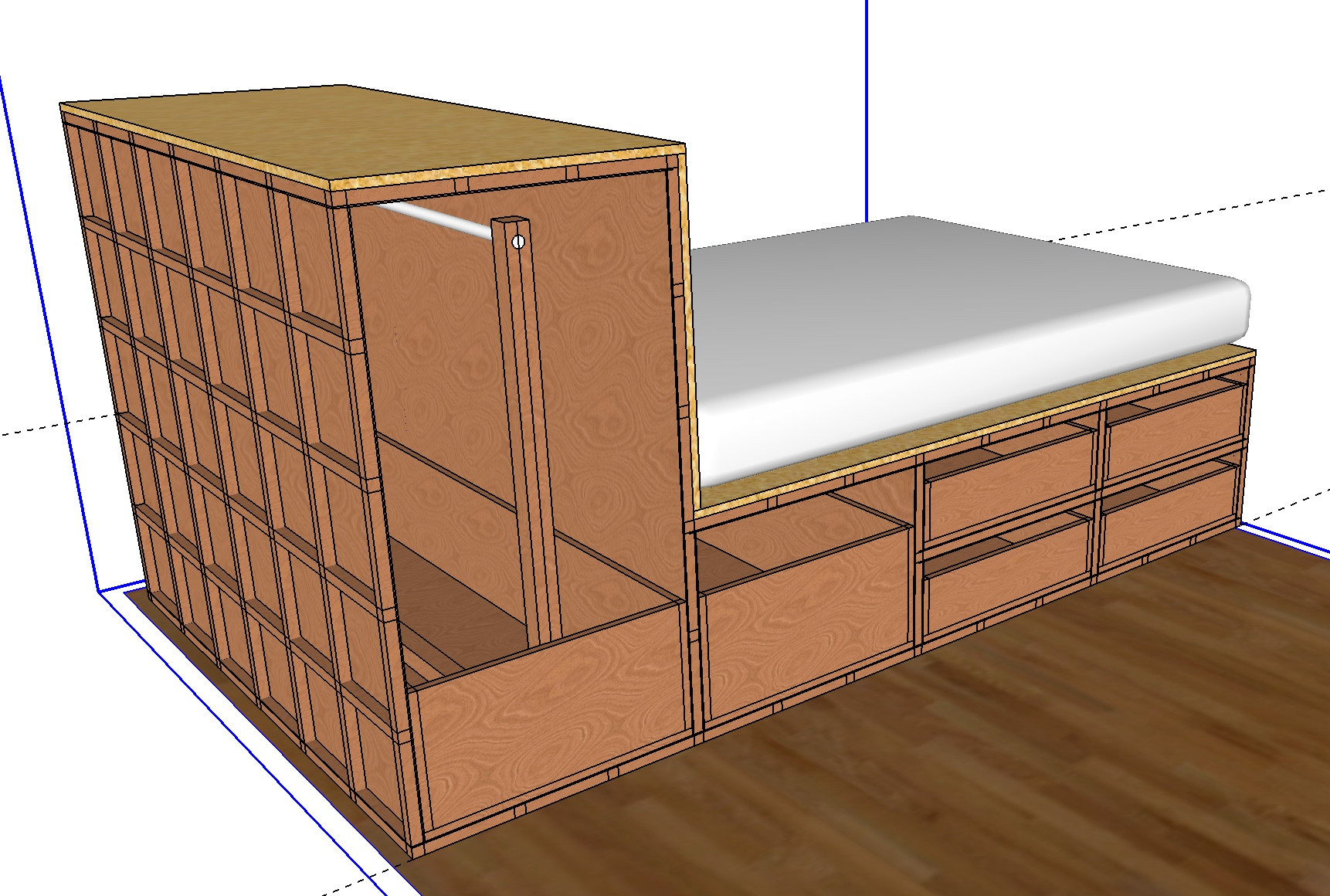 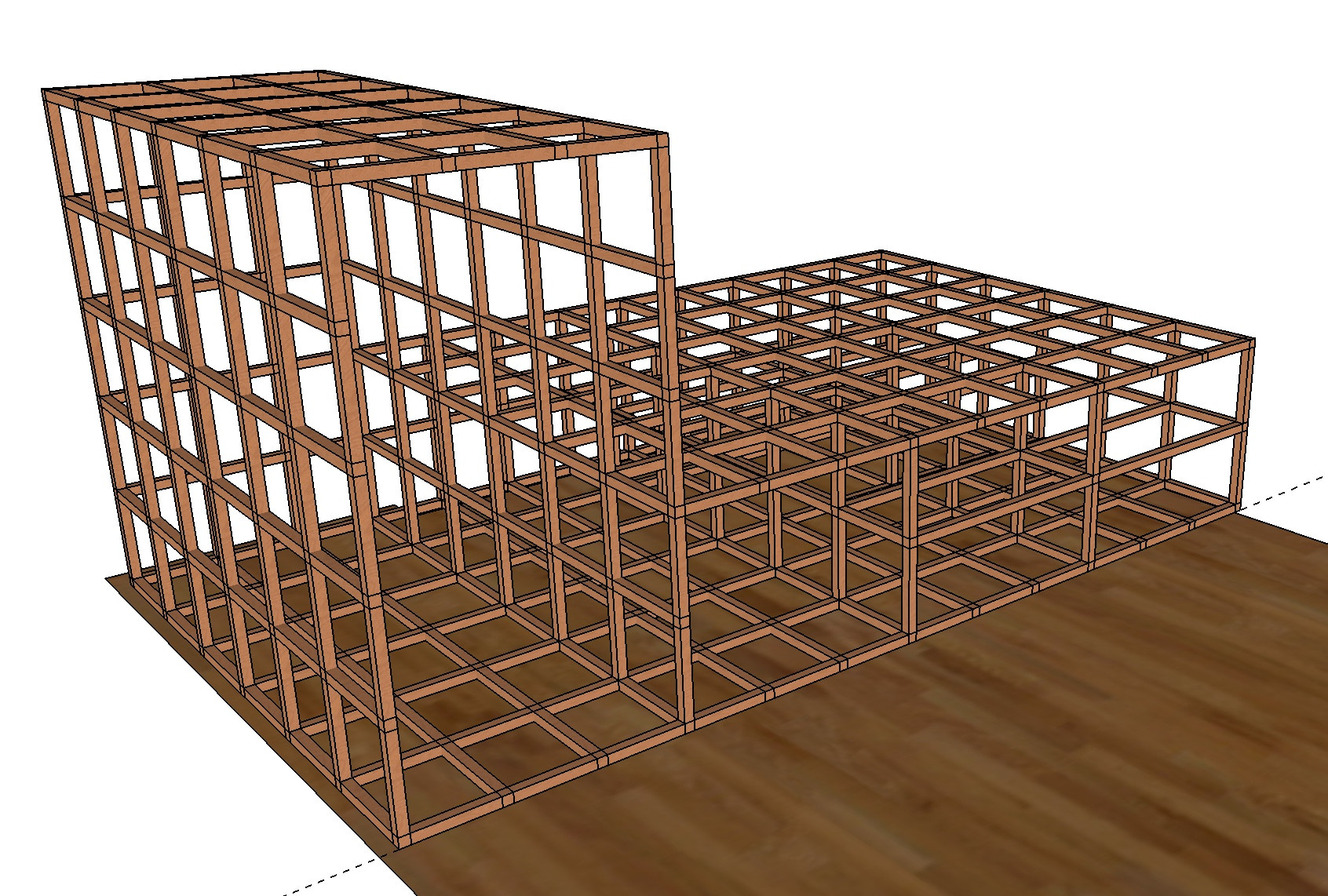 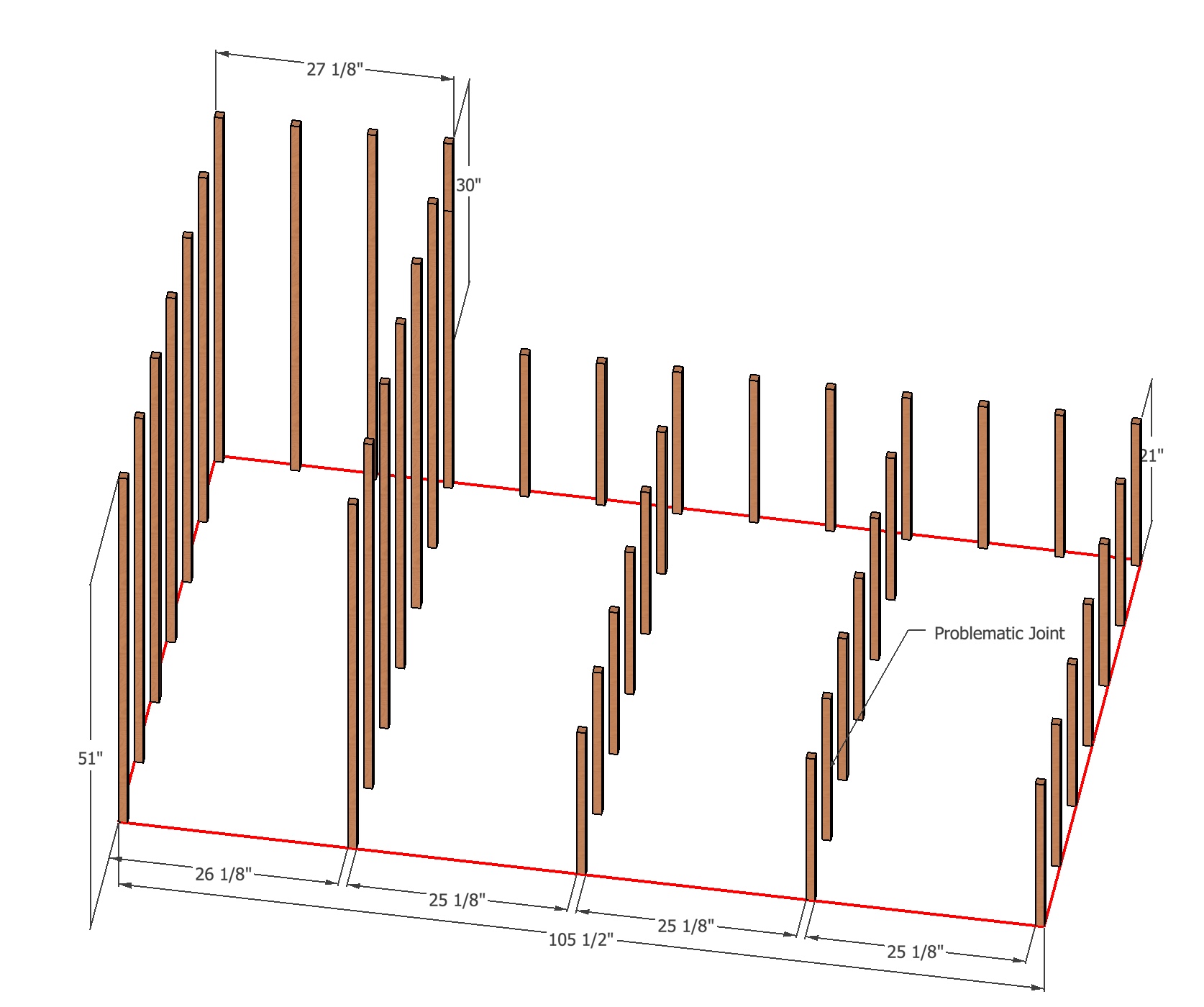 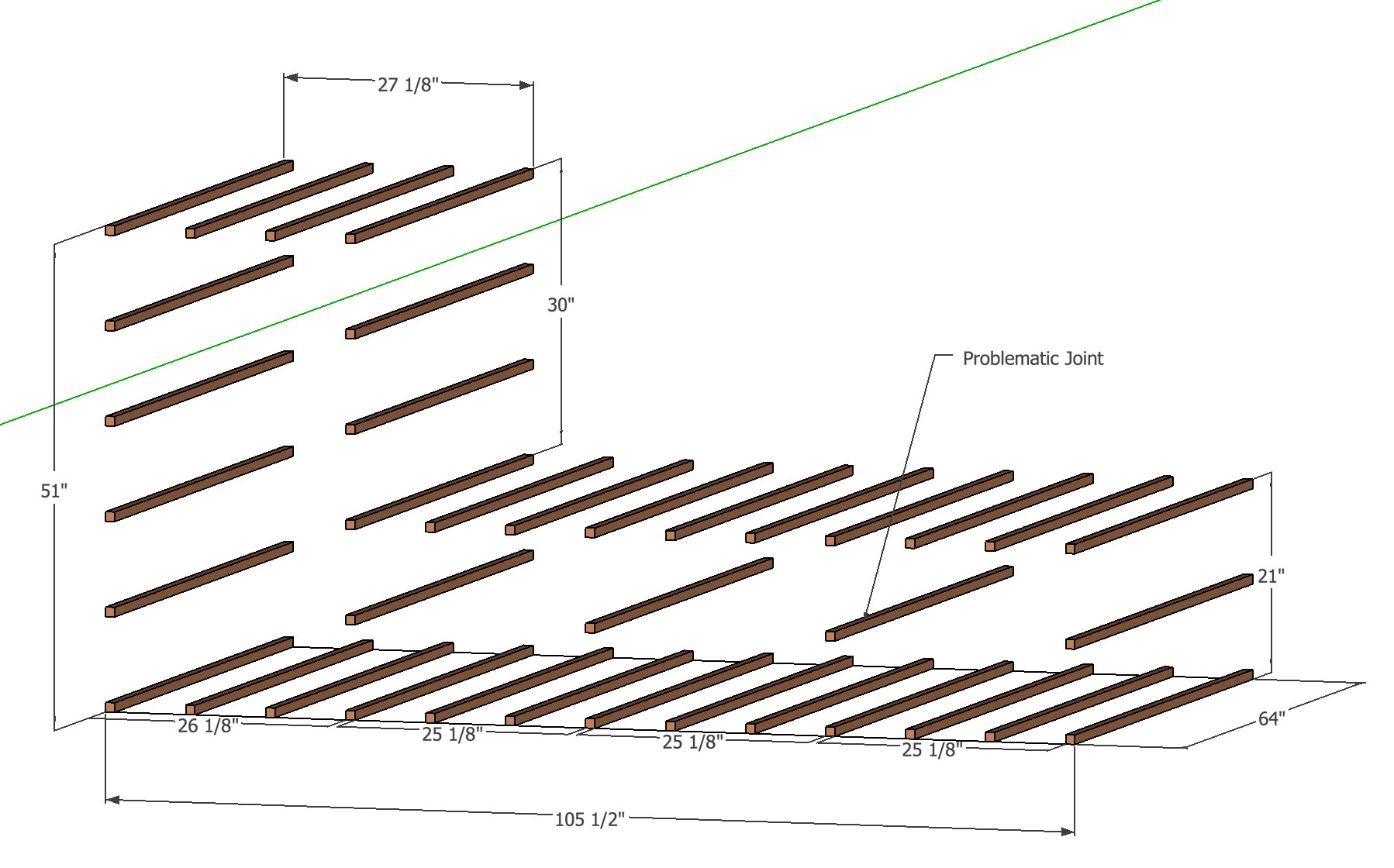 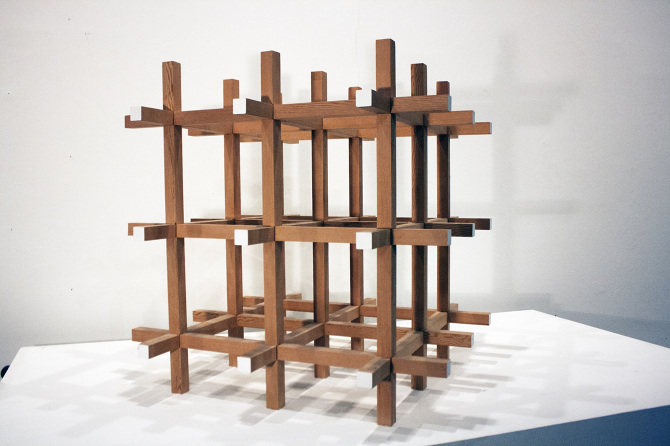 This is the japanese cidori joint system. Though, I don't like the system of cidori with the protruding members.

I had a very hard time finding a suitable joint on the internet.

So my question is :

1) Do you know of a simple joint that can achieve this (3 branch intersection), if so can you provide name and or plans?

2) I found images of a fairly complicated joint that could do it. The images are in too poor quality for me to analyze how it is made. Can anyone point what is the name of that joint, and if possible how to make it? (plans)

The standard three-way corner joint is the Kane Tsugi.

The five-way joint is the shachisen-tsugi-shikuchi-no-shihousashi. It is very complicated.

A much simpler option is the sampo-gumi-shikuchi, but the disadvantage is that beams do not meet all at the same point, but one is offset.

Use long pieces that extend for the whole length/width of each side. In that case, on the sides, you only ever have two pieces intersecting (although it looks like three), and you can just use lap joints.

For the corners, use a lap joint for two of the pieces, then pierce them both with a mortise that accepts a tenon you cut into the third piece.

I'm certain there are much more complex approaches, but this is simple, clean, and will work. 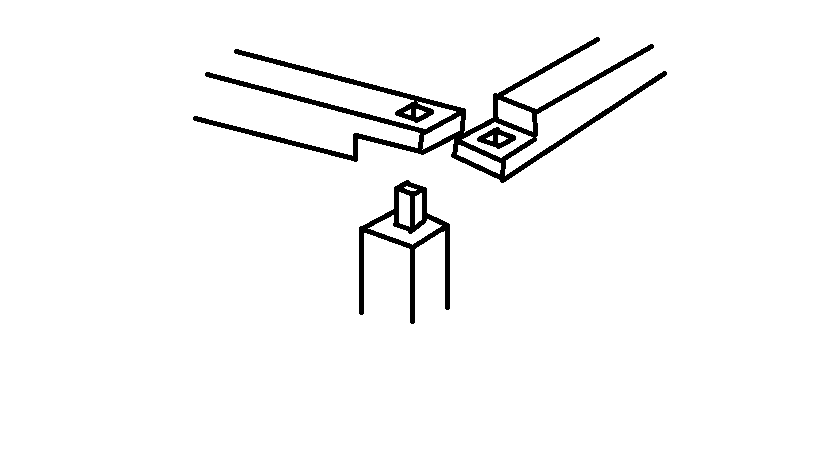 For #2, I can't name the joint, but might be able to unpack it enough for you.

Let's call the tall upright in the first picture the X axis. It has two mortises.

Y is like a pinned scarf joint. I suspect that it has one long tenon (that mates with a mortise on top of the other half) and one stub tenon that simply nests into X and provides stability (and resistance to rotation). If I was building this, I'd try to make the two halves symmetrical, but they clearly didn't.

Z looks like a relatively simple mortise/tenon that's been pinned for stability.

Unless you built this with fairly large stock, Z is quite weak. The rest have had so much material removed that they aren't great, either. (TL/DR: not for heavy use in earthquake country.)