Is there any issue with cutting along the edge as shown in the image in order to change the dimensions to 110 x 19 x 2400? What will the edge look like? Different to if I cut the long edge (2400mm)?

Firstly, what is dressed timber? If I cut along this edge what will I have to do to make the surface look the same as the current surface and is it possible without a mill or some other expensive machinery? 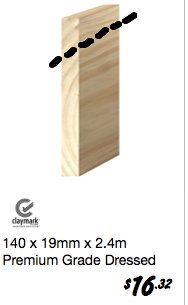 It'll look like a sawn face usually looks, based on the wood type (the original cut of the board as well as the species) and the type of saw used.

The second point is more involved than it might at first appear. As this is a rip cut a rip saw will make a much cleaner cut than a crosscut or other saw doing the same cut, but the TPI of the saw is a big factor in either case. Additionally, traditional European saws1 tend to leave a rougher surface than Japanese-style saws made for the same purpose (due to completely different tooth geometry).

So to answer the question again in two ways:

A further question from the Comments:

If I cut along this edge what will I have to do to make the surface look the same as the current surface and is it possible without a mill or some other expensive machinery?

You can do this by sawing and then sanding (working through the grits from coarse to fine). Although I wouldn't recommend this approach2 it will get you to where you need to be if it's the only option open to you. If you go this way I would recommend quickly making up an edge-sander3 which will not only help you sand square to the face of the board it will also help keep the sanded edge straight.

However, do be aware that doing the initial saw cut is probably more challenging than you realise ...it's quite difficult even for a pro to do very straight 2m+ saw cuts, even if using a rip saw and not a modern general-purpose panel saw.

And before you start sawing make sure to do your initial marking up/layout with care, on both faces and both ends of the board, ideally using a marking gauge.

1 Modern 'hardpoint' saws (saws with impulse-hardened teeth) can have modified geometry that is not like those of the textbook teeth in Western woodworking, some with features inspired by Asian saws.

2 I would either do it entirely by planing (using more than one plane by preference, although all the work can in theory be done with a single no. 4) or, saw the bulk of the unneeded portion off and then flatten and smooth the edge with a plane. 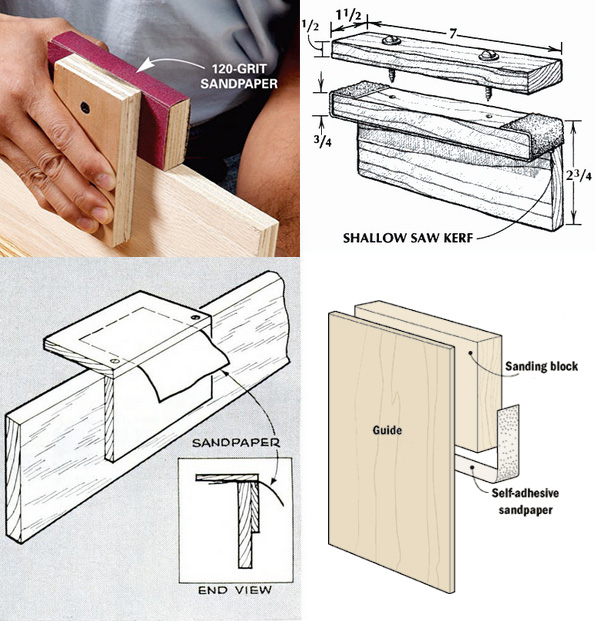 this is in response to the question clarified in the OP's comment:

it's hard to know what "dressed" means without seeing it, but it most likely means machine planed and/or jointed and/or sanded to size.

A very large part of woodworking is about how to create nice looking cut surfaces, so I stand by my statement that this is both a simple and vague question.

It sounds like you are trying to match or exceed the stock you are buying from the store that is already surfaced. POssibly the simplest/cheapest way to do this (for a beginner) is with a sanding block and sandpaper, working progressively to finer grits until the surface looks like you want it. This job becomes much faster and easier if the initial dimensioning saw cut is clean.

As I recognise the site that you are buying from (Bunnings) I can assume you are from Australia and dealing with "dressed" or DAR (dressed all round) timber. I'm not sure that the designation is international, my understanding is that it would be called S4S or surfaced 4 sides in the US. Basically what it means is that all faces are straight and flat, oppposing faces are parallel to each other and adjacent faces are square to each other. This is usually done using a jointer, planer and/or sander as Aaron mentioned.

Others will be able to give you more insight into the actual process of large scale production of S4S timber, but there's nothing magic about it. If you make a rip cut in it and want to restore the edge to its "dressed" state you will need to make sure the cut is square and then sand it to the flatness you desire (assuming you don't have access to a jointer or planer)

Not the answer you're looking for? Browse other questions tagged wood table-saw cutting hand-saw pine or ask your own question.

4
How to cut round corners on a 4x4?
2
How to cut a pull out slat bed from a single piece of plywood?
0
Joinery method for 3/4 Hardwood
1
How to sand round edges

3
Coping with uneven table saw table and inconsistent cut depth
14
How can I make precise corner or notch cuts on the edge of a board?
9
Hitachi electric miter saw leaves a strange, slightly undulating non-square edge
13
4'x8' length cut - circular saw, table saw, or panel saw?
4
Is cedar dangerous for your health when used in indoor furniture?
2
Fixing small knot hole in pine -- compatible with oil finish
1
Is my 44" Diameter 12' Long Black Oak Log with Wind Shake still usable?
1
Bevel, Chamfering after holesaw cut
1
How to cut a variable length wood from 1 piece?