I'm a newbie to woodwork and surprised myself by successfully creating an even Black Japan stain on some Tasmanian Oak. I then decided to finish it with Danish Oil. Somehow I decided to brush on a heavy coat of the oil and leave it until it dries. A week later the wood has an inconsistent tacky/ gummy and shiny finish and the grain seems to have risen. I've read that wiping down the surface daily with mineral turpentine or methylated spirits will eventually remove the tacky surface. The issue is that the wood is also stained and in the small section I tried this on the turps stripped about 25% of the stain.

TLDR: What can I do to remove the tacky/ gummy Danish Oil finish from Oak without removing the stain? 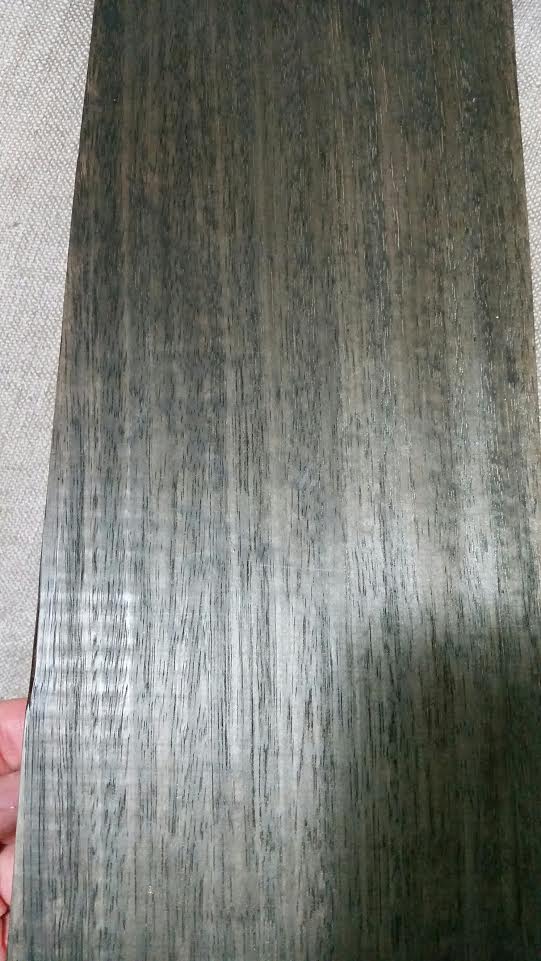 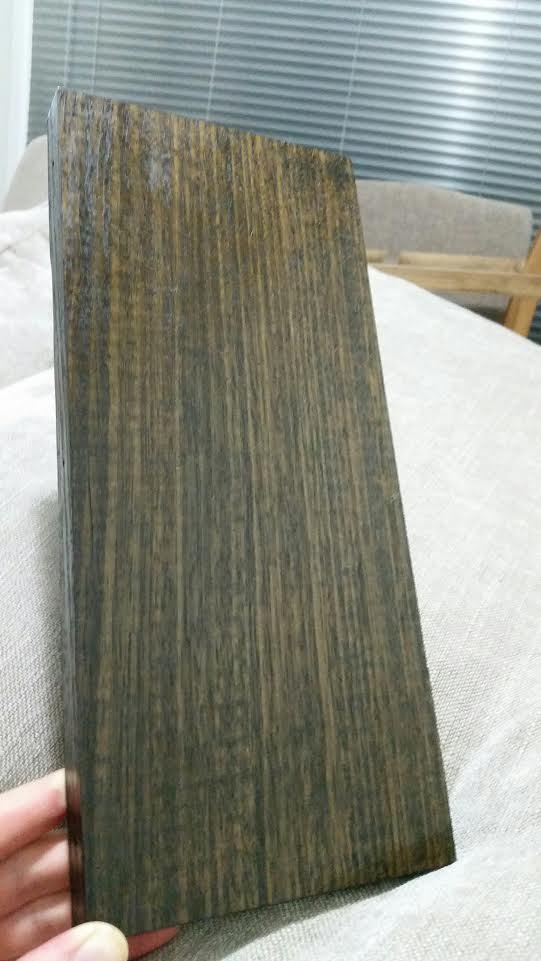 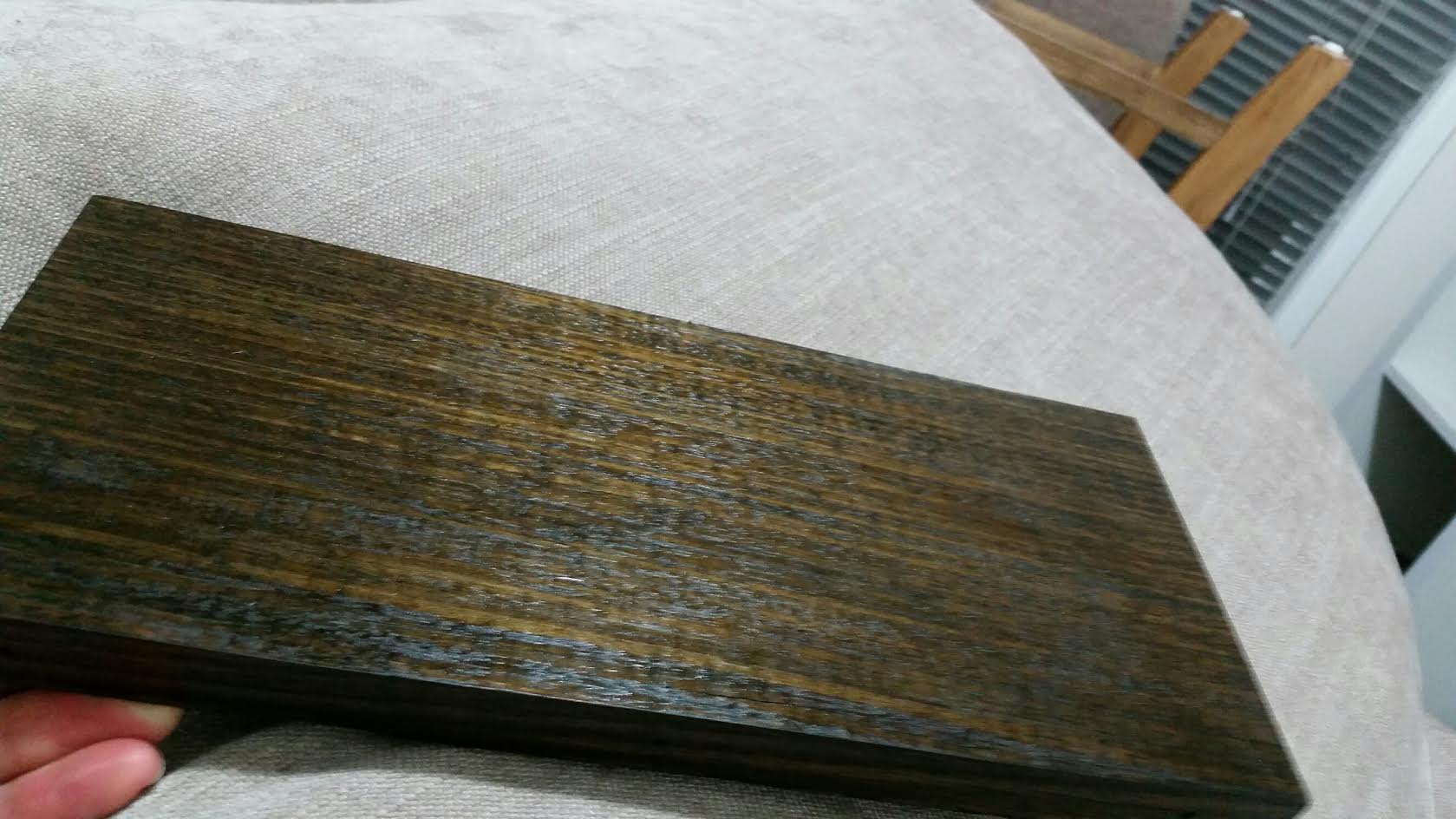 What can I do to remove the tacky/ gummy Danish Oil finish from Oak without removing the stain?

I suspect you're not going to be able to I'm afraid. Well done for doing a test but your experiment indicates that the least aggressive method, wiping with spirits, also removes your stain. You could try the meths (US: denatured alcohol) and see if it works for you which is my best suggestion but I think it'll have a similar effect.

To fully remove a partially-dried "Danish oil"-type finish1 you may have to resort to using acetone. This has a stronger/more aggressive solvent action and therefore is more likely to attack the stain than either of the above options. It won't remove all of it, but it can attack all stain types to some degree and along with the rubbing you'll probably get a very similar effect as in the pictures above, if not more pronounced.

Afterwards
Once you've removed as much of the "Danish oil" as you can by solvent means some of the finish will remain in the surface fibres of the wood, which is a problem if you want to re-stain as this will resist the penetration of all wood stains.

So the bad news here is that if you want to stain again to get back to the colour you had originally you generally have to remove the surface entirely to get back to bare wood. In addition to the fact of having to start completely from scratch it also means you'll lose some thickness from every piece from the planing, scraping and/or sanding you need to do to take off the contaminated surface wood.

Take-home message on finishing
Test first. Always test first when doing something new, particularly when you're inexperienced and don't know how various finishes work. But it is good advice for anyone of any level to test the finishing process they propose to use on scraps before committing to working on the finished piece — the finish, and the wood itself, can often surprise you.

And obviously it's usually a good idea to read and follow the instructions2. The instructions on the "Danish oil" you bought I'm sure would have told you what you know now, that you should wipe away most of it after applying it to the surface and letting it soak in.

1 Usually these are a blend of oil and varnish, heavily diluted.

2 Unfortunately not always. As just one example most commercial "wood conditioners" have instructions that don't give the best results with the product.

Not the answer you're looking for? Browse other questions tagged finishing wood staining wood-repair oiling or ask your own question.