Old carving gouges -- why so thick?

So far I have only used Pfiel carving tools and am accustomed to sharpening them.

I picked up a set of old Mifer (Spanish) gouges today. It is taking me a couple hours per gouge to set their bevels because the gouge is so thick. I read somewhere they are made with Vanadium steel; and it is ridiculously slow to sharpen.

They are about 3x thicker than my similar Pfiel gouges. When I say thick, I mean there is a very large spine underneath the cutting edge running along the length of the gouge -- what is normally about 2mm between the shallow portion of the gouge and the complete bottom of the edge on Pfiel gouges is maybe 5mm.

What's the point of this? It is more metal so presumably more costly to manufacture. It makes sharpening take forever. It also seems like it is harder to use (but I may not be used to them yet) since the thick bottom portion of the gouge is getting in the way of the actual cutting edge!

Edit: I have added some pictures comparing the Pfiel to the Mifer.

Below the Mifer gouge is on the left. The bevels are approximately the same angle between the two but you can see how much longer it has to be on the Mifer. 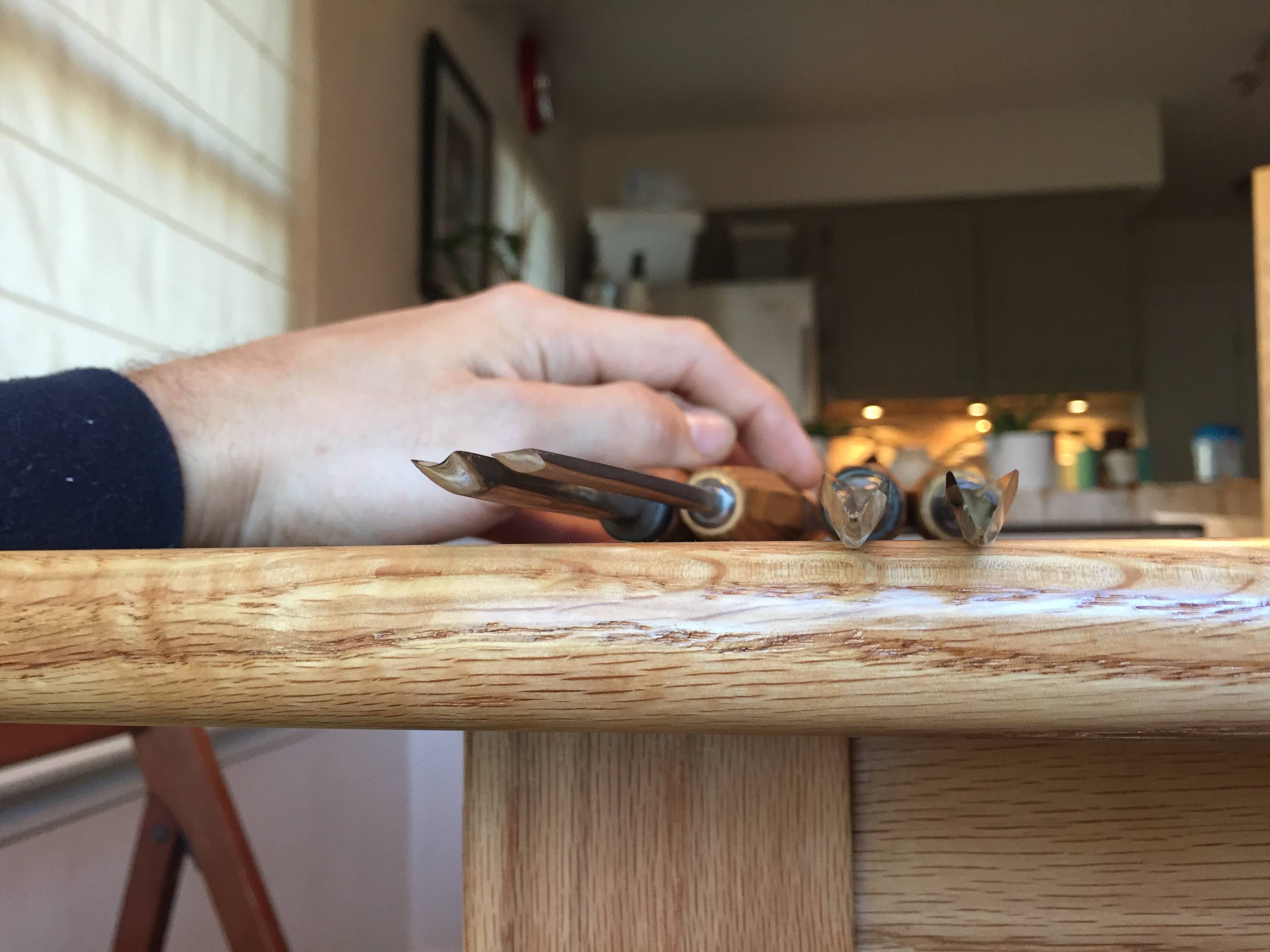 Another angle. The Mifer has a higher sweep and slightly longer cutting edge but they are pretty close. 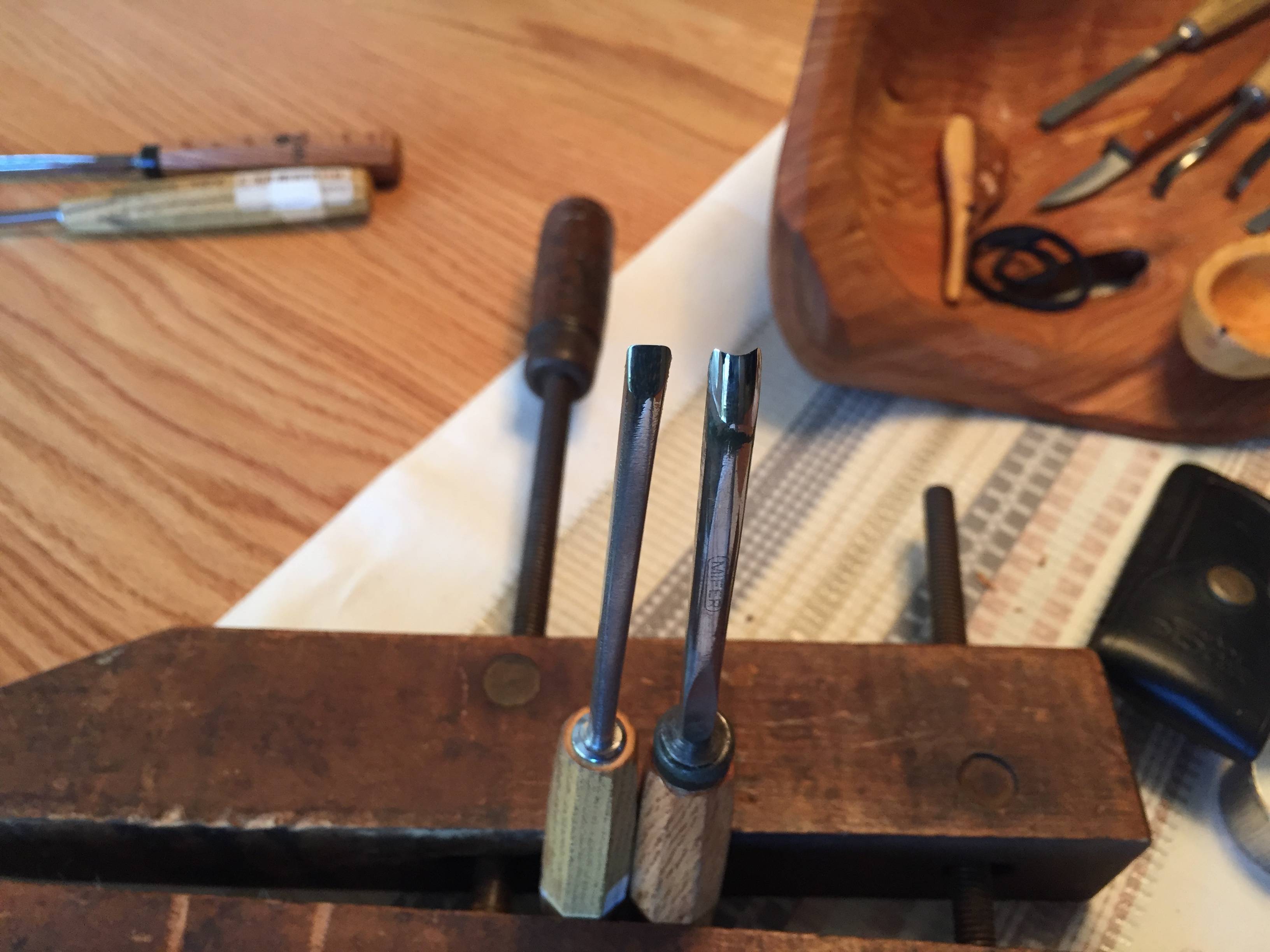 I think there are two possible answers here, both of which may be right.

The first is, "that's the way we make them". There may be multiple reasons they made them that way (including the one that follows in the next paragraph, but also simply tradition, giving the customer what they expect to see and some others).

The second is for strength. Professional tools are often made particularly robustly to take continual, heavy use over the lifetime of the user (many chisels can outlast an entire working life, even when honed daily).

Not the answer you're looking for? Browse other questions tagged hand-tools carving gouge or ask your own question.

11
Which first gouges to get for a beginning turner
9
What tools can I use for carving
5
Will black walnut dull my carving tools
6
How do I sharpen curved tools like gouges?
9
What determines carving tools/chisels quality?
2
Carving a wooden handle - any rules of thumb?
1
Carving a wood bowl or cut without a lathe
2
I have 3 carving tools and do not know what they are used for
3
Carving long curved recess