How does this guy do to get this kind of stain/finish. It is dark in some areas and light in others. This was a small chuck of the show table that I thought would be the most useful. Does anybody know how this is done for such a neat look? (not including the scratching :P) 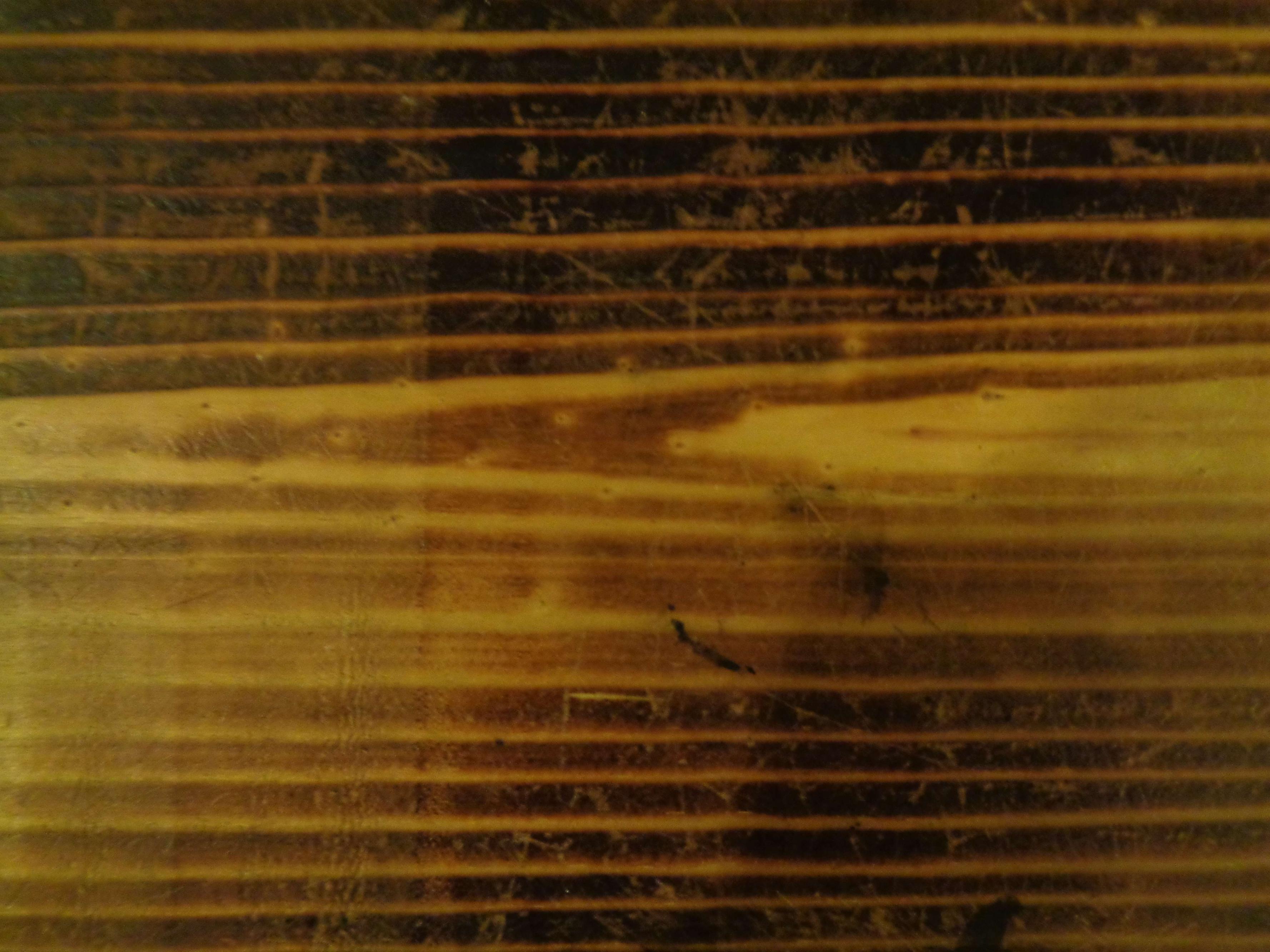 First off you should recognise this as softwood and most softwoods have soft (and consequently absorbent) earlywood while the denser latewood is very much the opposite.

Due to these characteristic something like this can be done by two methods, staining or scorching. In both cases the earlywood goes dark while the latewood remains largely unchanged, at worst creating this sort of garish stripy effect where the grain flips or reverses.

I don't know if it's just the photo but the wood also looks quite yellow, which might be due to varnish, either a spar varnish which is more obviously yellow initially or a normal varnish that's been on for a while — all oil-based varnishes age and become more yellow over time. In addition the wood itself 'mellows' with exposure to light and becomes naturally more yellow.

Not the answer you're looking for? Browse other questions tagged finishing staining or ask your own question.

4
How can I match gunstock oak with pine?

3
Should I use solid color wood stain or paint for my project?
2
Stair treads do not look smooth after sanding and finishing
4
After stripping paint and applying wood stain, item is looking very blotchy… now what?
2
Wood Coasters from Tree Branch finish
2
Tung oil stain resistance
4
Oil based stain over water based fire retardant
3
How can I seal/stain white cedar to make look similar to its original light color?
0
Black “dots” on wooden stair treads, can't sand them away
0
Would wood conditioner help keep ink from bleeding on wood?
3
Pine plywood (project panel) looks quite different than pine boards (select)