What is the proper way to sharpen a round plug cutter

I do not know how I should sharpen this bit. Do I sharpen what I have circled in black black with sand paper glued to a piece of wood? Or should I put it in my drill and sand the outside? I can very easily see both ways working, but I do not want to go ahead and make a potential mistake. 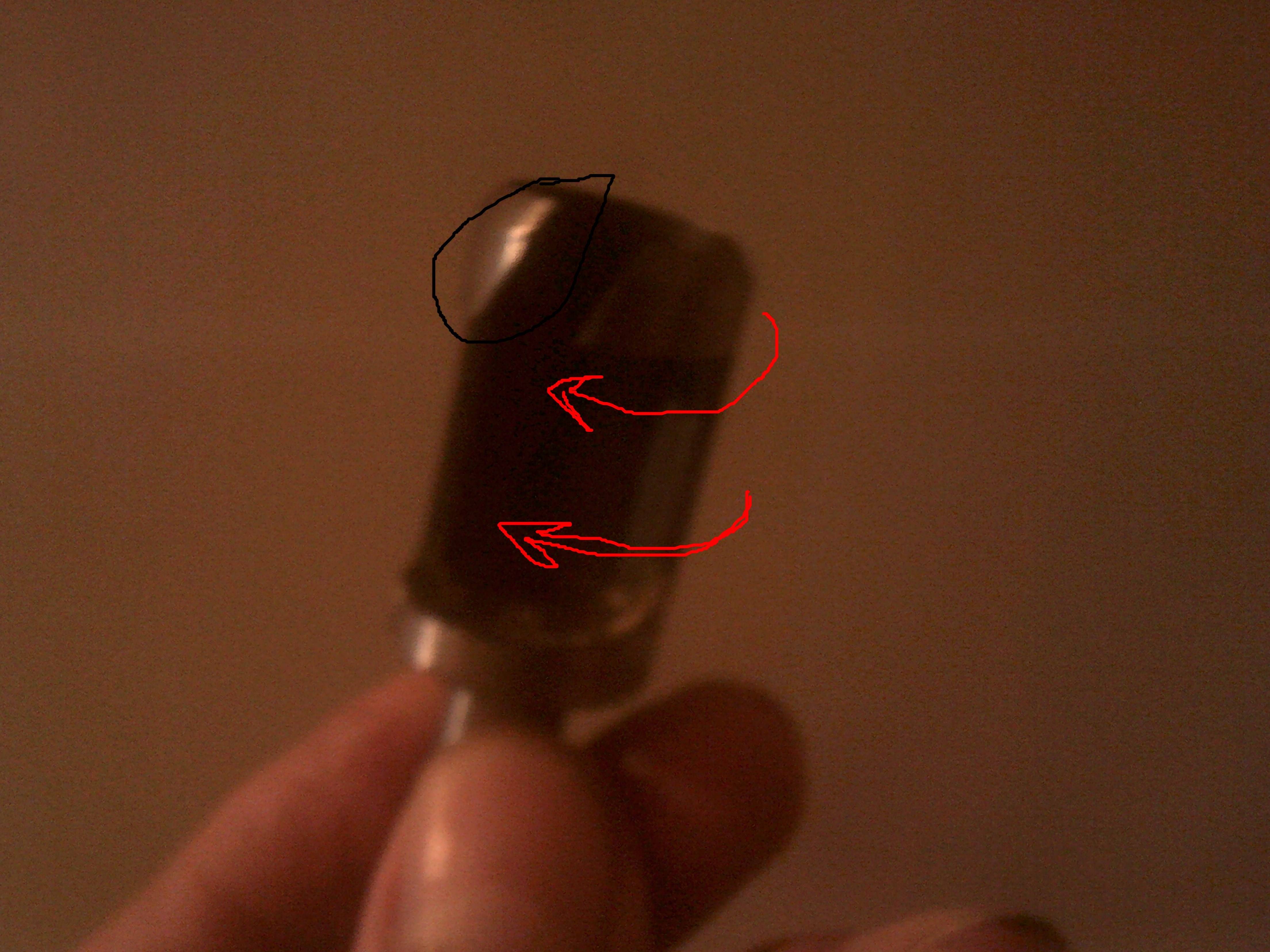 P.S. Sorry for the poor image, used my computer camera to get a quick pick.

There are two things to hone on a plug cutter like this, the leading edge/rim and the chisel-type cutting edge that you've circled in black. The second will account for most of the cutting action of the bit and luckily is the easiest part to do. The work can be done using a fine file, the edge of a diamond plate or abrasive stuck to a stick. Use push strokes only and aim to follow the existing grind angle, any burr that is raised should be easily knocked off by driving the bit into a piece of scrap hardwood.

The circular rim can be tackled similarly to honing an outcannel (outside bevel) gouge, although you don't need to get the edge anywhere near as refined as we need on a carving gouge or bench chisel.

As with a gouge the goal is to just work the bevel, then as lightly as possible remove the burr from the inside. You don't want to take any noticeable amount of material away from the inside as you'll alter the diameter at the cutting edge, which in addition to creating a worse fit for the plugs can cause them to more easily get stuck in the bit (or the bit to get stuck in the wood).

The abrading can be done by stroking the bevel as you rotate the bit with your fingers*, working against a sharpening stone (use the side of the stone if it's accessible to prevent dishing the face), a diamond plate or again abrasive stuck down onto wood.

The burr on the inside circumference would conventionally be removed by stroking gently with a cylindrical sliptone. But a piece of medium or fine abrasive paper wrapped around a dowel will do just as well.

*Some older guides suggest the opposite approach for tackling certain curved edges, holding the tool steady in one hand and the stone in the other, stroke it across or along the edge in an arc. You can't cover the entire circumference in one go, you do a section at a time until you've worked the entire edge. Initially you'll probably find it difficult honing this way but it's worth persevering until you get the knack because it's a useful technique to have in your sharpening repertoire as you can eyeball the edge directly as you're honing it, rather than the usual situation where the bevel is hidden from view underneath the tool. Especially if using a small stone or diamond paddle mind your fingers!