What are the name and origin of the woodworking style used for this wooden cabinet with rounded features?

I have a cabinet with rounded features and inlaid designs (see below). What woodworking style is this, and where and when did this style originate? Any suggestions about the date and provenance would be greatly appreciated. 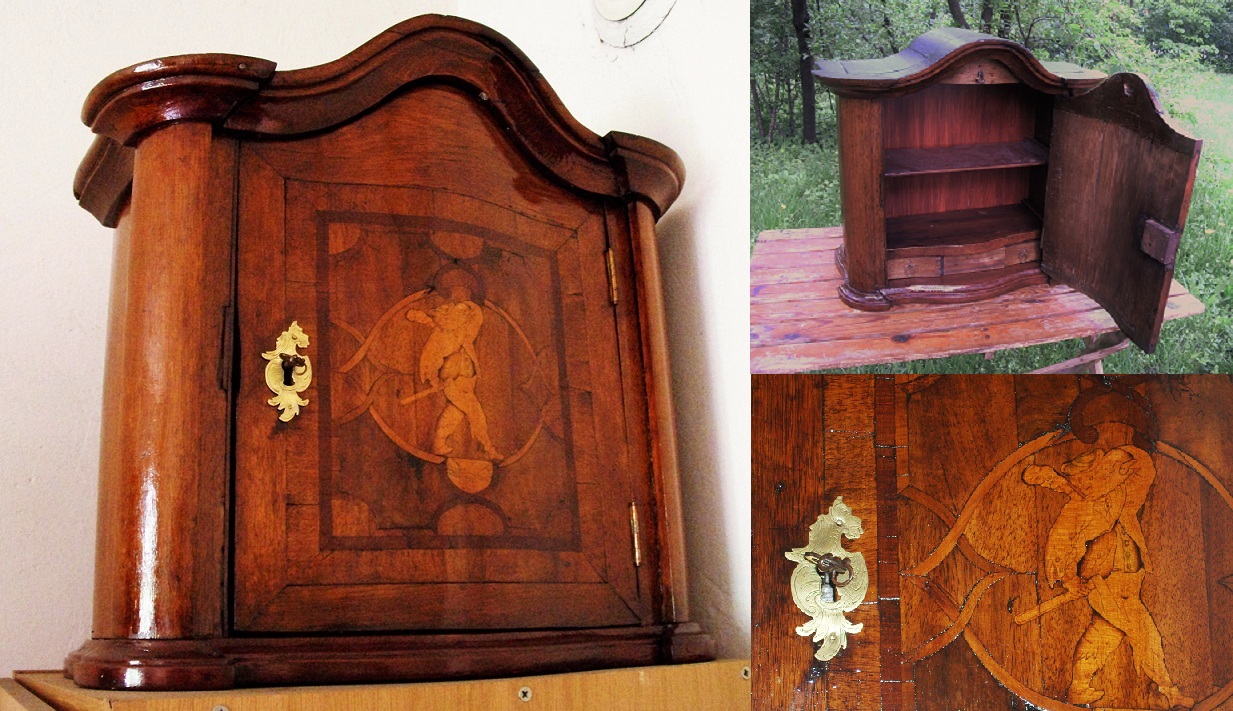 I hesitate to put this as an Answer because I'm not sure of the details but it ran too long for a Comment.

Without a real furniture expert (and it appears we don't currently have one among the members of this SE) I don't think you'll get a definitive origin for this piece. But it looks European or done by a craftsman working in the tradition of the country they came from in Europe.

My gut says it's maybe northern Italian or from the Tyrol perhaps, but it may turn out to be Swiss or from NE France.

In appearance it's quite old but that can often be intentionally faked of course, sometimes just for style reasons (reproductions), but more nefariously something can be deliberately made in an old style and 'aged' so that it appears to be antique (a practice that goes back centuries).

As well as that storage conditions can accelerate the appearance of age, for example storing in the dark can yellow old varnishes significantly (they recover somewhat when placed in a sunny spot for a few hours), and being in a room with smokers for a decade or two can greatly darken a piece.

I don't know that there's a name for the style except to say that it's "curvilinear", so it might be described as "a bow-topped curvilinear cabinet with marquetry door featuring a woodcutter".

For dating, I'd hazard a guess of the second half of the 19th century, but bear the previous comments about faux age in mind. I should add that the brightness of the escutcheon and the hinges bothers me, and makes me think this might be a lot younger than first appearances, although they could quite easily be later replacements.

Not the answer you're looking for? Browse other questions tagged furniture or ask your own question.

10
Creating my first wooden gaming table
6
How can I match a finish on furniture when re-finishing?
12
How to repair missing chunk of wood from cabinet door?
5
Are barrel nuts strong?
3
How to make large table less springy in the middle
4
Is cedar dangerous for your health when used in indoor furniture?
2
Repurposing Round Dining Table
2
New varnish beading/crawling on refinished furniture [poss. silicone contamination]