What is an electric planer (hand tool) good for?

This may be an opinion question...

Someone recently gave me an old electric planer similar to 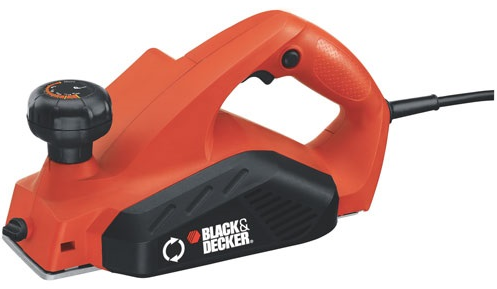 And I'm wondering whether there is any task where it would really have an advantage over other tools such as hand planes, a thickness planer, a belt sander, etc.

LATE ADDITION TO THE QUESTION: How would one of these do for the frequently-asked question about initial paint removal from boards being recycled? The blades are certainly a lot cheaper than those of a "lunchbox" planer if the paint makes a mess of them. On the other hand, it has little to no dust collection, which could be hazardous if there's lead in the paint. Just a thought...

And I'm wondering whether there is any task where it would really have an advantage over other tools such as hand planes, a thickness planer, a belt sander, etc.

Electric planers are coarse tools for coarse work. As such, you won't see one used by a fine furniture maker for anything beyond the rough dimensioning of stock (removing gross amounts of twist, waney edges, etc.), if indeed he/she uses one at all. I might use one for removing a dirty surface of a board prior to running it through a powered planer/jointer, just to save the wear on my planer knives.

Usually these are used by job sites for rough dimensioning of things. For example, I used one once to trim the protruding tops of some deck joists prior to screwing down deck boards. If you have a stud that's just a bit too wide to fit in a space, trim it down with an electric planer. And the list goes on.

Historically, the job of the electric planer was done by a scrub plane.

I'm not sure you're going to find a ton of woodworkers using these for fine woodworking or furniture construction, but they are commonly used by construction workers/general contractors for things like shaving down doors, evening out floor joists, etc.

They're frequently used to plane doors (for fitment), they're much faster than sanding, and don't require the precise setting up needed to trim with a circular saw.

The finish they leave is not incredible, but not bad to get prettied up. They're also very good at making showers of sparks and bad, bad sounds when you hit an embedded nail. For better results, tie a magnet to a string and dangle it over the area to be planed.

As with all tools, it depends. The cheaper ones or ones used by construction workers for timber framing are not suitable for woodworking. Surface quality left by electric planers varies. They are not all equal. Some even have spiral blades that leave a very smooth finish that requires little to no sanding.

As for uses, a high-end electric planer, such as Festool or Mafell will leave a better quality edge than most trim routers with a bevelling router bit. They can also cut rabbets easily and quickly for inset panels or cabinet backs. For sneaking up on a final dimension I would still use a good handplane, but an electric planer is actually safer for getting a straight edge on longer pieces than a medium sized jointer which is limited by infeed and outfeed table lengths.

So, yes, a good quality electric planer has uses in a woodworking shop. The better ones have good dust collection, too.

I love mine. I have built several long boat oars and spars over the years and an electric hand plane is the ideal roughing out tool. I use them to reduce cross section/taper over long lengths and for making square stock round or oval (using a spar gauge).

Not the answer you're looking for? Browse other questions tagged power-tools plane hand-planing or ask your own question.

10
Can you use painted wood in a planer without damaging the tool?
9
What should I look for when aquiring a plane second hand?
12
Is an oscillating multi-tool a good option for detailed sanding?
11
How to make a good joint by hand planing both edges at the same time?
6
Are there any tips when working a large surface with an handheld electric planer?
2
What is this tool called for making wave surface?
3
Planing boards with the nearly useless hand-held power planer
5
Most general purpose hand plane for limited budget
2
Is this plane any good for anything?