Joining wood at an angle

To give you an idea of scale, as it give context, I am referring to the roof of an open bird feeder. 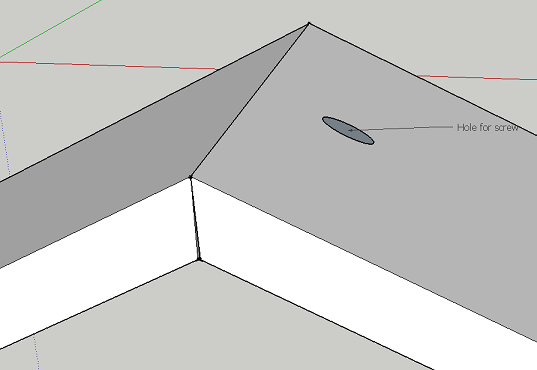 Currently I make 3 holes that I drill perpendicular to where the two pieces meet. Getting a screw at that angle ends up removing a lot of wood and creating some ugly holes on both sides (Picture only shows one. I'm new at SketchUp).

In this case I suppose that strength is not an issue but I would hope to go for something other that just glue.

Is there another way to try and join these two pieces securely without causing too much damage to the outside of the structure. I don't even know how I would do this from the bottom. Maybe with an odd shape of wood to match the angle of the roof?

A biscuit joint would allow you to join these pieces without any screws while providing more strength than a joint where only the faces are glued together. 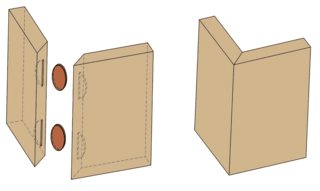 Typically you require a special tool, a biscuit joiner to cut the hole but it can be done by hand too.

A similar but simpler method is to just drill holes and use a dowel instead.

If you'd like to go the glue-only route, a lock miter might be just the thing. They are available as router bits and make a profile similar to this photo: 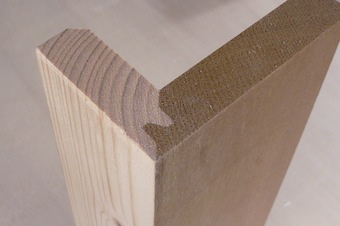 I could not say for certain whether the angle is complimentary to your design, most lock miters I find are for 90 degree joints which might be a pretty severe angle for a roof.

@Doresoom mentioned in the comments that 22.5 degree lock miters are also fairly common which would produce a 45/135 degree joint, which would provide more gentle of a slope for a roof.

Using a plow plane, you can quickly and easily make a groove and tongue joint like this: 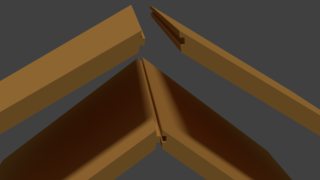 If you want more stability, you can make that a dovetail, either starting from the groove and tongue or using hand saw and chisel only (or, well, a milling table!).

The tongue or dovetail should be perpendicular to the miter like so: 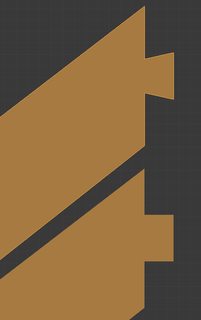 Of course a groove with loose tongue or biscuits are possible (and easier to manufacture) too.

If you are open to changing the joinery, constructing the roof will let the screws be hidden and hold the parts a little more readily like in the picture below. 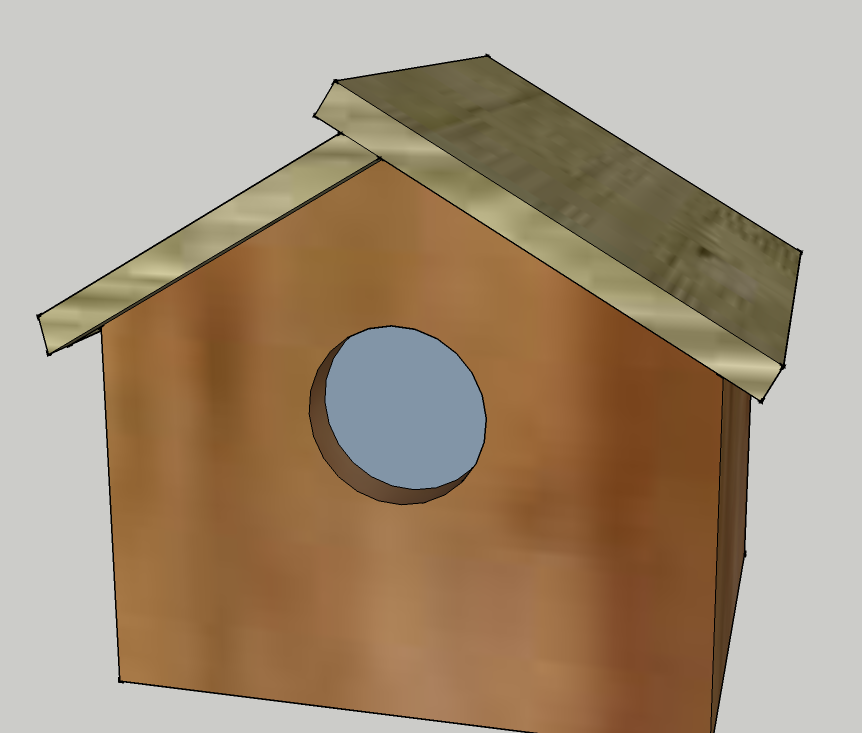 The overhang will help keep weather out of the joint as well.

You can use a pocket hole jig and place your screws on the underside of the roof, rather than the top. Glue is typically stronger than the wood itself, so strength shouldn't be an issue, for a project like this I would just use short screws to pull the boards together (like a clamp). I'm not sure I'd recommend this since you wouldn't have a lot of room to play with.

If you prefer securing from above, you could try putting an aluminum strip over the edge and screwing the strip down into either side of the roof after it's been glued, rather than screwing the halves together.

Another option would be to do what you're already doing, but glue some trim over the holes to hide them, with the bonus of looking a little fancier.

Yet another option would be to use dowels or biscuits to reinforce the joint(See Steve's response). I think this is what I would go with.

For more strength, a box joint or finger joint might be good: 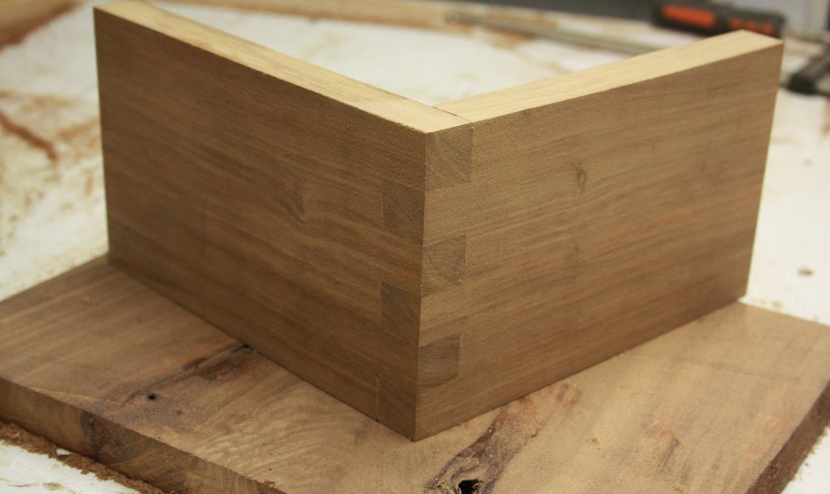 Depending on skill and how much work you want to do, you can vary the thickness and number of the fingers to get more glue area and a stronger joint.

Not the answer you're looking for? Browse other questions tagged joinery screws or ask your own question.

11
Joining corners in a loft bed
8
Joining partially-overlapping boards into panel
5
What joining methods would be best for the legs and other areas of a height adjustable desk?
2
Joining 3 wooden cubes with swivel joints
6
What is this plywood joining mechanism and hardware for knock-down furniture?
1
Joining Thin Angled Wood
13
How to join at an angle?
2
Why is metal avoided when joining wood?
4
Joining on an angle
1
Joining 2x4 and 4x4