Do you need to countersink self-countsink screws

New to the forum and a bit clueless when it comes to DIY. I'll be putting down some new floor boards and then laying subfloor sheet to give a nice even surface.

I'm using 18mm floorboards and 3mm hardboard sheets. For the floorboards I was going to use 5 x 50mm Goldscrew Woodscrews Double Self-Countersunk screws (image below). Not sure what screws I'll be using for the hardboard yet. 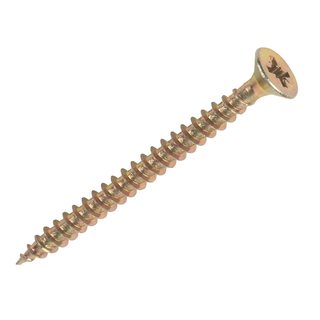 So my question is, do I need to countersink these screws? And if I do what size of countersink tool should I use? Any advice on the type / size of screws to use for the hardboard would be great as well.

So my question is, do I need to countersink these screws?

Since these are going to be used on the floorboards and overlaid with another layer of subfloor sheet, so long as you screw these in enough that they don't stick proud of the floorboard surface, I see no need to countersink.

And if I do what size of countersink tool should I use?

It's hard to answer that question. Countersink bits are all kinds of different sizes and slopes, so you'd be better off going to the store with a screw and seeing what will work.

Rockler (among others) makes drill bits that have countersinks built-in, like the image below. I've used these quite a bit and I can tell you they work. Just be careful that you don't put too much bending on the bit - they're pretty brittle when it comes to that (don't ask me how I know). 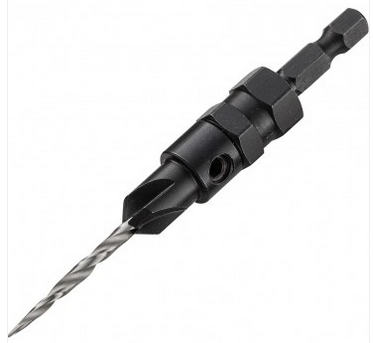 Any advice on the type / size of screws to use for the hardboard would be great as well.

Hardboard that's only 3mm (1/8") is going to be hard to fasten with screws since it's so thin. If you're set on using screws, I would use 6mm (1/4") hardboard or plywood instead with 25mm (1") screws. These you would want to countersink since hardboard doesn't really allow screws to self-countersink.

Otherwise, if you're dead set on using 3mm hardboard as your subfloor, I would consider using construction adhesive and ring shank (annular ring) nails. These are specifically designed to not work loose in situations like flooring so that they don't squeak. The adhesive is just a bit of insurance in case the nails work loose. The size I have linked is 2 x 25mm, which should be fine for the 3mm hardboard. You may have to predrill the hardboard for the nails, just FYI. 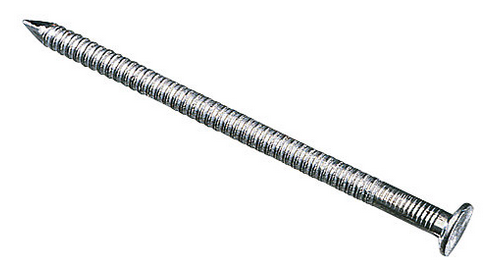 Not the answer you're looking for? Browse other questions tagged tool-selection screws or ask your own question.

13
How can you make a regular screw into a self tapping screw?
14
Is this a self-drilling wood screw?
5
Can you identify the screws used in my folding chairs
3
What length screw should I use for a computer desk
5
Fully threaded screws
10
Embedded nut for using machine screws?
4
Lubricating screws
5
Affixing masonite to plywood by example
2
advice for glue-and-screw butt joint
0
Clearance hole for partially threaded screws