When it comes to removing multiple layers of paint from a flat surface what are my options?

I am going to be getting some old bookshelves that are likely made from 2x10 pine. I really want to use those for building a workbench top. So I am going to be cutting them up. Since they were previously at my work they have been painted with the times over the years and have ~4 layers of various paints. I have no reason to think they are lead paints but that is pretty easy to test anyway.

I have an older question related to this but since I cannot see what's under the wood I worry about the blades, old or otherwise. Also I am curious what my other options are.

When it comes to removing multiple layers of paint off cheap wood what are my realistic options? Inevitably some will be related to chemically stripping wood and while those are answers, I am looking for something outside of that. I don't really have a place for that nor do I want to deal with the chemicals and their removal (played with them once in the past trying to restore a dresser).

Scraping
Although I'm a big advocate of scrapers this isn't something I'd personally do by scraping alone unless I had a paint scraper (AKA hook scraper). A thick layer of paint made up of multiple layers built up over time is particularly resistant to a conventional scraping action with less-robust scrapers, as you can get a parting of the ways between subsequent coats. What this means in practice is that you might have to go over a given area multiple times before you're down to bare wood (DAMHIK). 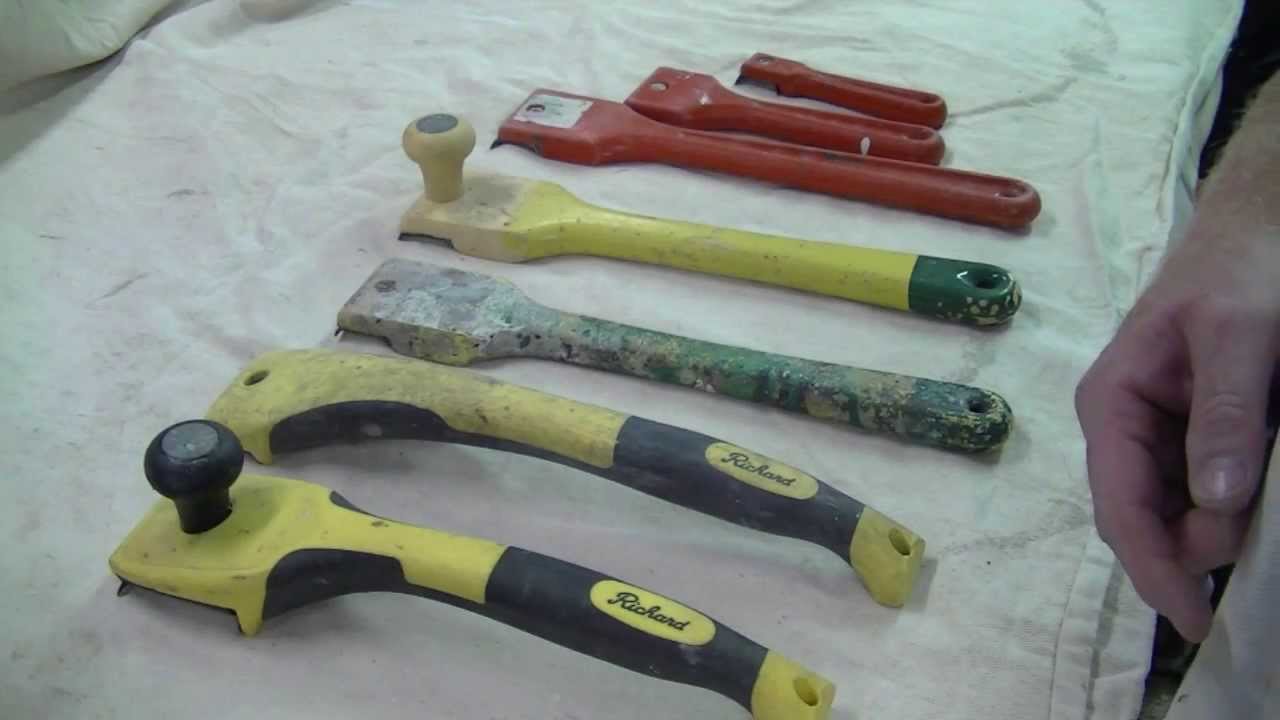 If you use a dedicated paint scraper such as the ones above instead of wimpier options (e.g. card scraper, shaving hook) you should have better results because they have a very aggressive scraping action. But still it would likely require substantial muscle effort, although the type of paint and just how thick it is are obviously factors here.

Heat/flame + scrapers
Although there are safer chemical strippers (note: almost invariably much slower than their nastier cousins) the other traditional option for removing a heavy coating of paint was to use a blowtorch, which you can still use, or alternatively a heat gun which is a little safer.

Oddly this seems to work best on thick paint. Some of that might be a user reaction to how amazingly it softens and releases that much paint, but thicker paint does tend to sort of 'sheet off' where a thin coat tends to cling to the surface more tenaciously.

Hand planing
A scrub plane/roughing plane (or a jack with a good camber on the iron) can be a great way to get off a very thick coating of paint, just as it's a great way to remove a shaggy or heavily weathered surface from wood. Working diagonally over the wood this requires surprisingly little effort.

It's perhaps too aggressive for the handtool-only guy who would then have to flatten off entirely by hand, but with a planer to smooth the wood afterwards it's worth considering this approach for its speed and effectiveness.

I wouldn't do this level of paint removal by sanding pretty much ever, there are just too many downsides. Cost of the belts is an obvious one, as is the mess (even with dust extraction the amount of dust released can be pretty bad). The potential to 'dub over' the wood or is also very high. Worst though is the potential toxicity of the paint dust not captured by any dust extraction and it's not just lead paint that we have to wary of — all paints and other finishes should be considered harmful when converted to a fine dust.

You might be able to find a commercial paint stripping service in your area. They can safely use aggressive processes to remove the paint. They might even be able to pressure-treat the timber afterwards too, if termites or mould are a concern.

It could be worth checking the price, especially if you have other painted items that could do with stripping, such as doors, at the same time.

When it comes to removing multiple layers of paint off cheap wood what are my realistic options?

A belt sander with 60 or 80 grit sandpaper will make quick work of it, assuming you're just removing paint on flat surfaces. You already identified that you will test for lead, so I won't go into that. (Edit: @Graphus makes a few good points about sanding in his answer)

Aside from that, if you don't want to use chemicals, your only other option is scraping, as @keshlam said. Using a heat gun (or hair dryer) may soften the paint some and make it easier to scrape. It's likely that you'll have to sand some paint off after scraping, anyway, since it likes to get into nooks and cracks.

I have an older question related to this but since I cannot see what's under the wood I worry about the blades, old or otherwise.

I've seen other questions of yours where you talk about using recycled wood, so investing in a metal detector might be a good idea for you if you're worried about planing a nail (or other piece of metal). The question you linked already talks about planing off paint, so I won't go into that either.

Attacking it with a paint scraper will work, with enough time and effort.. . Take appropriate precautions against possible lead paint, obviously.

Some of the newer paint removers are much safer than the traditional ones, and can be used indoors. Watch out for drips attacking other things (use appropriate dropcloths!), and keep kids and pets away, of course.

A carbide scraper is the best mechanical method. Organic paint removers are ok, methylene chloride based strippers are best but very harsh. last but not least are powered sanders and angle grinders with a 60 grit or higher TrimKut, sand blasting (not for wood ).

Not the answer you're looking for? Browse other questions tagged wood paint or ask your own question.

10
Can you use painted wood in a planer without damaging the tool?

5
Removing silicone lubricant spray from painted timber finished with water-based paint
6
Removing Paint from Rough/Coarse Surfaced Beams
1
Removing spots of tempera paint from rough sawn cedar board ceiling
1
Looking for help to design my own board game
3
What are some tricks to flatten twisted and warped lumber boards without removing any material from them?
4
Outdoor teak table and chairs options
1
Refinishing an "antique" storm door
1
I accidentally removed some paint from my child's toy with surgical spirits while disinfecting it, what went wrong?
0
Smoothing an uneven piece of wood