The drills you refer to as looking like egg beaters are in fact called eggbeaters by some people (precisely because of the resemblance). They are sometimes plainly called hand drills, as well as wheel braces.

Here's a Millers Falls hand drill (restored), revered as one of the best of its kind and still much sought after by woodworkers as well as by collectors: 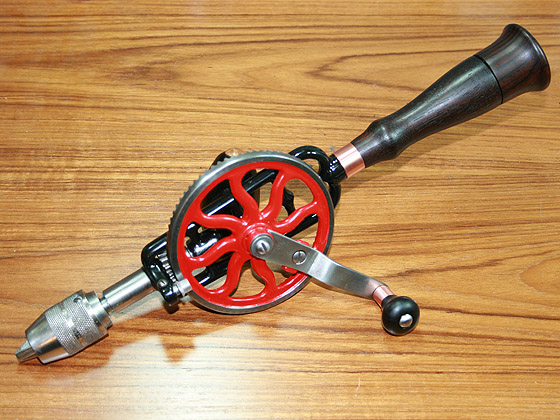 These are only suitable for drilling holes up to a fairly limited diameter, e.g 1/4" or 6mm, and sometimes not in particularly hard or tough woods.

The other type you refer to is probably the brace or more fully the swing brace. These started out as all-wood affairs, then wood with brass or iron/steel banding and eventually evolved into the all-steel versions with a ratchet mechanism we're more familiar with today. Here's a fairly typical-looking modern one: 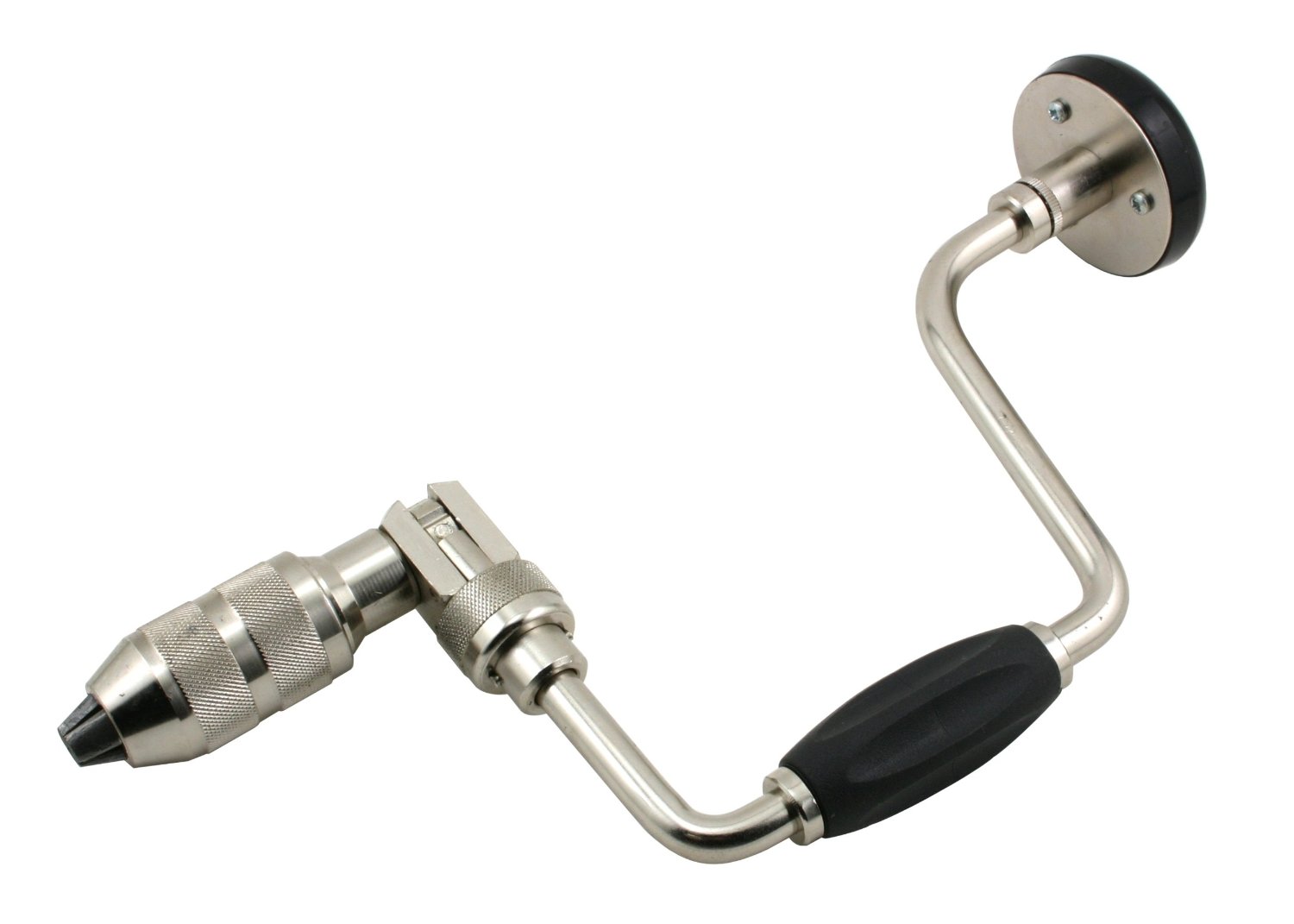 Note: unlike all other drills mentioned in this Answer that accept multiple bits, the swing brace can be the only one that can't be used with modern round-shaft bits. More modern braces can effectively grip a round shank, but traditionally the jaws in the chuck were made to grip a characteristic tapered-square enlargement at the base of the shaft, see illustration in previous Question.

There is also the breast drill, some of which are like larger versions of the eggbeater with exposed wheels, but with two handles and breastplate. Others have enclosed mechanisms such as here: 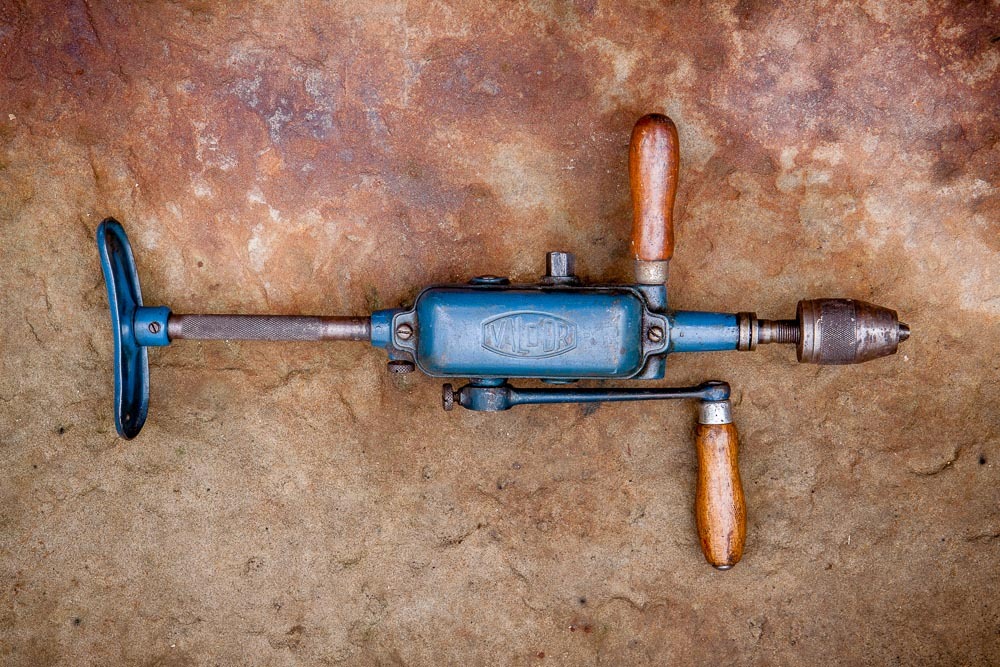 The enclosed mechanism on breast drills is sometimes merely the same wheel and pinions as on a hand drill, just protected from dust, but can on other models be something more complex and sophisticated, allowing more torque and multiple speeds.

Additional hand-powered drills that are still sometimes seen include the Archimedean drill, which developed into the push drill (sometimes generically referred to as the Yankee drill) which often has a reversing mechanism:

There are other small drills as well which have no mechanism at all and are just a bit of some sort set into a wooden handle, or held in a chuck of some type. Most drills like this are intended for small, shallow holes and are not commonly used in woodworking (in the West) but do have a place, e.g. in box making where the hinges can be fixed with very small screws.

My guess is the "whirly-gig-a-thing" you refer to is a Brace https://en.m.wikipedia.org/wiki/Brace_(tool)

11
What drove the design for the traditional tang?
6
Is it a problem if my countersink bit is slightly larger than it needs to be?

15
What are spokeshaves and what is their intended use?
12
Is this a specific kind of hand drill?
6
What are the different styles of Japanese Saws
8
What hand tools to use for rounding edges and creating pockets?
9
Is there still a place for "hand drills" in a modern woodshop?
5
Are mortises with angled walls cut the same way as square mortises (handtools)?
4
How to make a mitre cut along the width of a board with hand tools
4
Are there square-taper drill bits larger than 1-1/2" for hand braces?
1
What are some proper ways of doing rabbets in plywood using hand tools?
1
How to make a circular base with moulding using hand tools?