Ask Question
Asked 5 years, 11 months ago
Active 5 years, 10 months ago
Viewed 240 times
5
Closed. This question is opinion-based. It is not currently accepting answers.

I like to teach woodworking to small groups on the weekends. These groups tend to have some basic tool knowledge, so we aren't starting from absolute scratch, but sometimes its close.

In the past I have used bandsaw boxes, finger bowls, and pen turning. Does anyone have additional suggestions.

I think the best project is a simple rectangular box. You can teach good tablesaw and hand work practices as well as multiple joining techniques in a project that is completed in a couple classes and like your current suggestions gives them a useful home item or gift. You will also address mortices, dados, and techniques for mounting hinges. A simple finger joint or miters with splines box should do it. 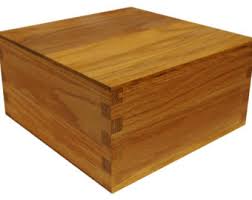 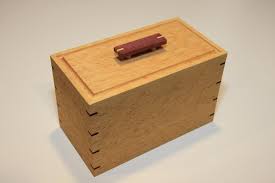 I like to suggest as early or starter woodworking projects the making of a few of the key jigs or 'workshop aids' as they used to be called. In addition to most being very simple to make to a high standard with almost no experience every one of them can immediately be put to use to help in the making of other things so it's a win-win proposition.

Principal among these is the bench hook, the most useful of all workshop aids (particularly if deliberately made to be multi-use). A previous Answer covers them in some detail.

If planes are available second on the list could be a shooting board, although a suitably built bench hook can be used for basic shooting of both long grain and end grain.

Not a must-have but next perhaps the mitre shooting board, since making your own picture frames is a very common desire with starter woodworkers and this allows the perfecting of mitre joints, so important for good tight corners. This is the type I think is likely to be easiest to build and found most useful: 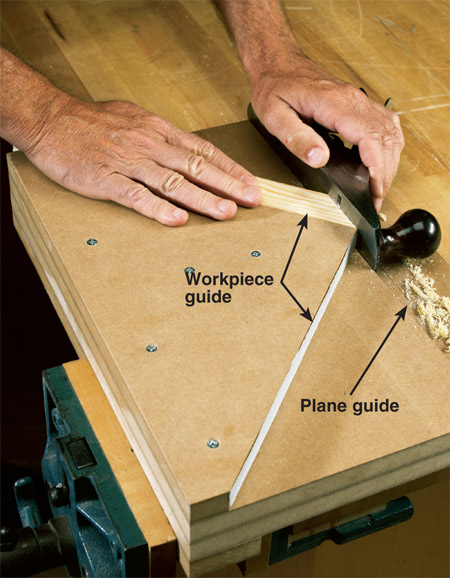 Marking out is one the the fundamental skills so everyone needs a marking gauge or cutting gauge, or ideally both, to help with that. Although it might seem too ambitious, with instruction simpler versions of either could easily be built by beginners in a single weekend, particularly with the aid of the already-made bench hook :-)

Not the answer you're looking for? Browse other questions tagged community-project or ask your own question.

17
What's a bench hook?
5
How do I know what tools I need?
7
How to build a picture frame?
6
Precise 90 degree cuts on small pieces