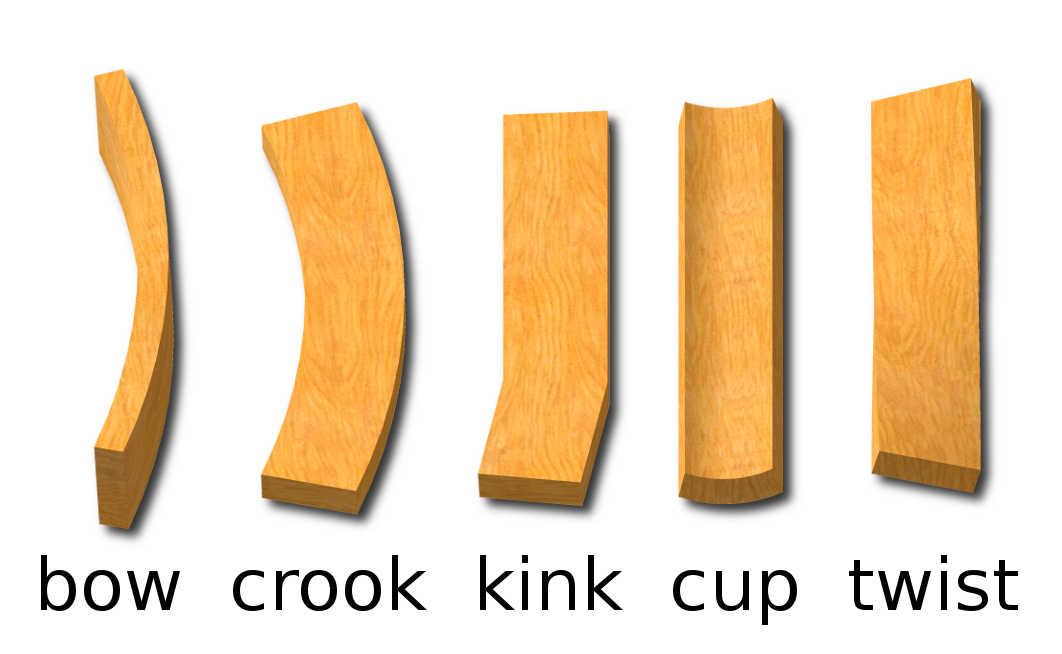 0
Bowed wood for door build
23
When should I use a Jointer vs. a Planer?
20
How do I shop for lumber to use in home wood working projects?
11
How can I deal with wood from DIY stores that is crooked and may or may not be dry?
14
What is the benefit to gluing boards together instead of buying a thicker board?
13
What are the jointer-specific steps for removing warp in lumber?
5
Milling wide lumber to square
2
Remove twist from plank without reducing thickness

11
Can I effectively use a table saw to straighten warped lumber?
5
What are reliable ways of flattening out warped wood?
2
Warped Walnut Slabs
2
How do I fix a warped shoji door?
3
Any way to straighten this wood gate piece?
0
Flatten warped plywood
4
Repair warped wood in situ
2
Warped Monkeypod Desktop
2
How to repair a warped kitchen tabletop?