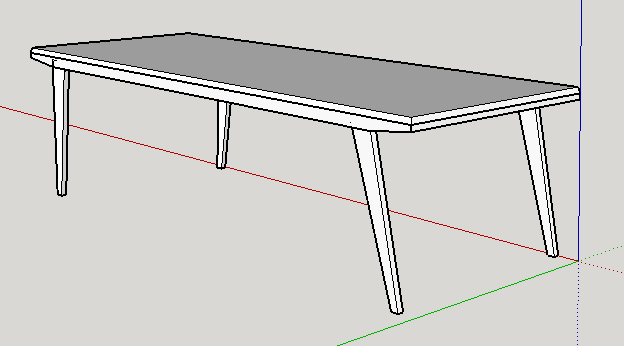 I'm planning on building sort of torsion box on the frame (+ some cauls or whatever they're called to keep the top from warping). 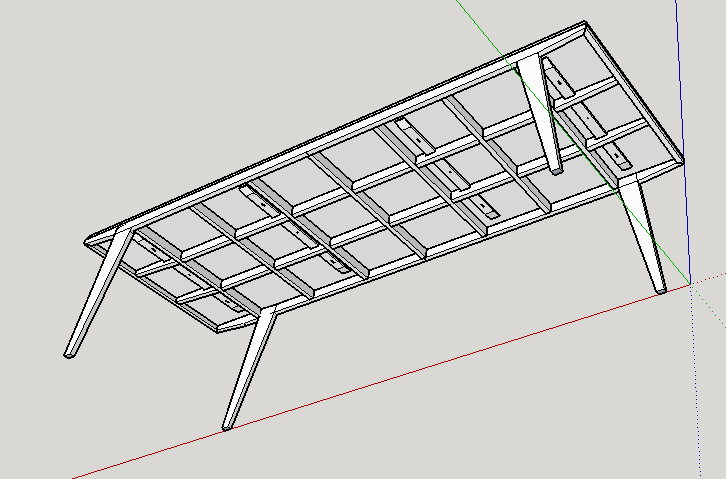 The legs-to-apron joints will be bridal, all others will be Festool Domino tenons (probably 10mm × 50mm).

So, the question is: Do you think the frame is strong/solid enough to carry this weight? And do you think in general this will be a sturdy and wobble-free table?

wondering if my design is strong/structurally sound enough

A torsion box is obviously very stiff and stable, and this would make for a very very strong table just as it does with workbenches constructed this way.

But it's complete overkill for the kinds of loads a normal table would require, think about the much sparer structure of a standard 7' (2.13m) dining table which are often capable of taking the full weight of an adult. And anyway torsion-box construction is best suited to tops made from plywood or another manmade board where they can be rigidly joined throughout.

Even on a table of this kind all you should need is three or four 'stringers', one between each pair of legs and one or two in the middle somewhere. And it is directly from these that you can attach the tabletop, no need for extra battens.

The best options for attaching the tabletop to the apron IMO are with hardwood buttons or expansion plates, as shown in this previous Answer. Even on a table of this size you shouldn't need more than eight (two per side). But you could add a third along the long sides if you feel the need, it won't harm the structure in any way if you use more than are strictly necessary.

I would suggest you alter the design in another key way as well, to make the structure underneath distinctly narrower than the top, so that it has the common overhang that tabletops have. If you make any sort of apron or under-frame flush with the sides of the tabletop itself at certain times of the year when conditions are exactly right it will be dead flush as when it was made. But it could be slightly narrower during the wet season when the top expands, and most importantly slightly wider during the dry season when the top shrinks, which will look very strange!

do you think in general this will be a ...wobble-free table

That's entirely down to how flat the floor is and how accurately the legs are cut to length :-)

Any four-legged table will be stable and free from wobble if those conditions are met.

I ran a span calculation for a 2x4 oak board at http://www.awc.org/codes-standards/calculators-software/spancalc using a 35psf live and dead load, the minimum setting available and got a result of 6 foot. Although this is a total load of 900lb., it should be noted that you could easily get several hundred lbs. on the top. I have a similar length long spanning table with aprons at 4" aprons. It looks like your apron depth is marginal and I would recommend increasing it. As an alternative consider supporting the table with a tressle base and move the deeper support beams in from the exterior. You can then taper the supports to maintain a thinner edge profile.

Where I am most concerned is in the connection of the legs. The fact that they are not perpendicular to the floor means they generate a lot more stress on the connection to the aprons. There is no way that you can transfer all the weight of the table. In addition the legs must be wide in both directions so that they can resist stress in both the long and short directions.

You should also consider the use of the table during dinners and the arrangement of seating around the table. The 3' width is very narrow for seating on both sides and room for food dishes in the middle. Also check the seat placement to determine if the legs are getting in the way.

The main thing that I can see (apart from the bracing being a bit overkill) is that you probably want some small braces at the top of the legs where they meet the apron / top, in order to stop sideways wobble.

A bridle (not bridal) joint for the legs is probably a good choice of joint, but if you want this table to last for years and years then some side bracing of the legs wouldn't go amiss.

I don't think you are allowing for the loads applied by the users. People applying weight (sitting, standing , dining) will apply lateral forces, perpendicular to the cross sectional strength of your leg orientation. You are concerned about "wobble-free" WHEN BEING USED. You definitely need more bracing to resist side to side wobble.

Not the answer you're looking for? Browse other questions tagged stability table-making or ask your own question.

6
Will these table legs support this table?